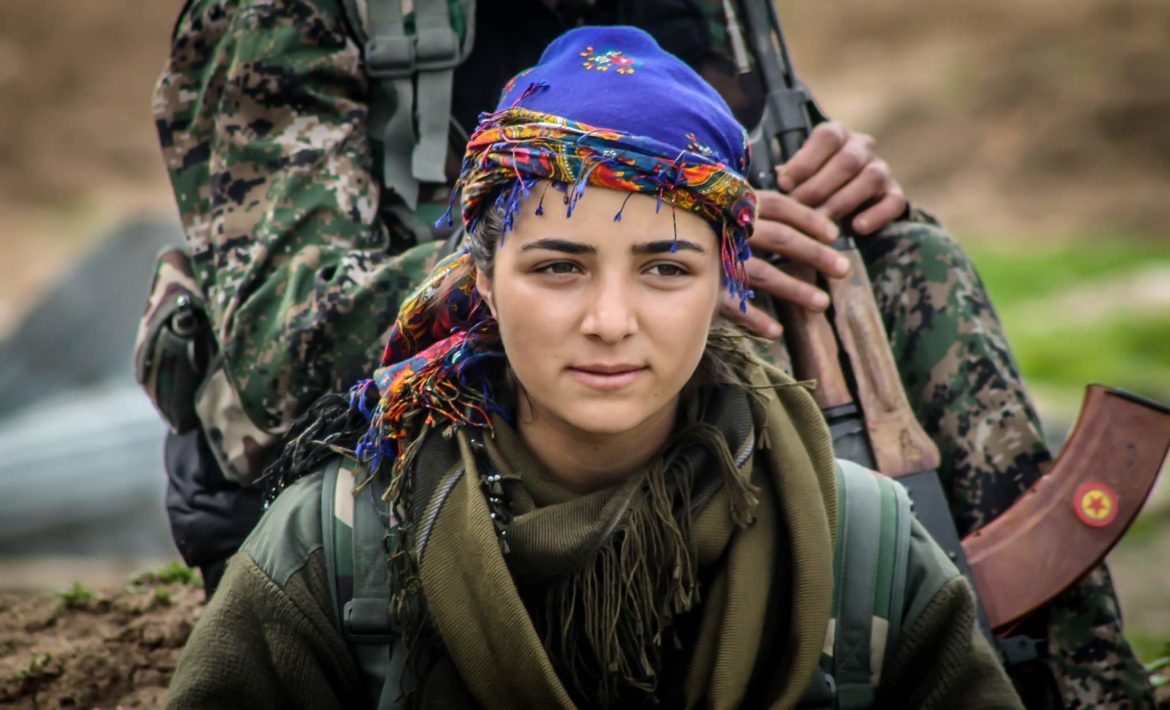 Responding to a solidarity statement, published in The Guardian by leaders of social movements, communities and First Nations from around the world, including LaDonna Brave Bull Allard (Standing Rock), Eve Ensler (One Billion Rising), Stuart Basden (Extinction Rebellion) and Sabine Lichtenfels (Tamera), the women’s movement “Kongra Star” from North and East Syria issues an urgent call to defend the Rojava revolution.

We send greetings and thanks from the depth of our hearts for your letter that we read with great joy. In times like these, in which imperial powers, jihadist proxy forces and nation-states are conspiring against us, it is people like you who keep our morale high and give us hope.

In this war Erdogan aims to occupy our land, that we liberated from the barbarism of the Islamic State with the lives of 11,000 of our brave women and men. The Turkish state, condoned by the UN, names this plan “security zone”. This plan means nothing more than ethnic cleansing. To name the occupation “security zone” is more than cynical because the decision of nation-states on a so-called “security zone” was what brought war on our true security.

Over the last 8 years, we, the people of North and East Syria, have set up a system of self-governance, based on the principles of women’s liberation and ecology. Despite the situation in the rest of the country we have managed to set up a safe place in Syria. As Kurds, Arabs, Syriac, Chechen, Tcherces and Turkmens we decided to live a life in unity, governed by equal representation and grassroots democracy. The uniqueness of this democratic project is the special role of women who, from the beginning on, played the leading role in this revolution, following the Mesopotamian roots of women’s centered social organization.

The values we are fighting for are universal ones. We deeply believe that we need to find a solution in a world were women are oppressed, societies are attacked by neoliberalism and our nature exploited for the sake of profit. The system of nation states is not interested in solving these problems no matter how much they pretend. They are causing these problems. Modeled on the way women have been exploited by patriarchy, the earth is exploited by the capitalist system. If we do not tackle patriarchy at the roots, this exploitation will not stop and we are headed for disaster.

In the current expression of the imperialist war on our project, the brutal mindset of the invaders has been shown in their actions: Next to mass displacements, executions of prisoners of war, humiliating dead bodies of female fighters, using illegal, chemical weapons, bombardments of infrastructure and targeting medical institutions and staff is what we have been confronted with since the beginning of the Turkish occupation war against us on October 9.

It may seem like nation states and other powerful institutions have all the power, but we came first and we will be here long after. All their aggression is a response to our resistance. All their power parasites from ours. Together we can keep the belief that another world is possible. And in keeping that belief alive, we are already making steps towards it. While representatives of the nation-states are at the most paying lip service to concern for our situation, we know that it is the people like you who are acting. Next to the noise of the warplanes over our heads, it’s your voices that reach us.

We ask you for nothing more than to defend your rights. We say “your rights” as no different to “our rights.” Because the attacks that are currently carried out against us are attacks on the future of humanity itself. It is an attack on women fighting for justice and equality, it is an attack on people looking for a peaceful and meaningful life without state’s oppression or capitalist attacks on their culture/identity.

According to our philosophy, we will defend ourselves, even if the whole world attacks, and we will not attack anyone, even if we have enough power for the whole world. Right now. all world states are one and attack our lives and lands for their own interests. But as the peoples and women living in these lands, together with the peoples and women of the world, we will continue to defend our lives and values.

We hope that the light we started here in North and East Syria will shine and will be made greater by catching your lights, reflecting each other around the whole world.

Kongra Star is the umbrella of women's organizations in Rojava.