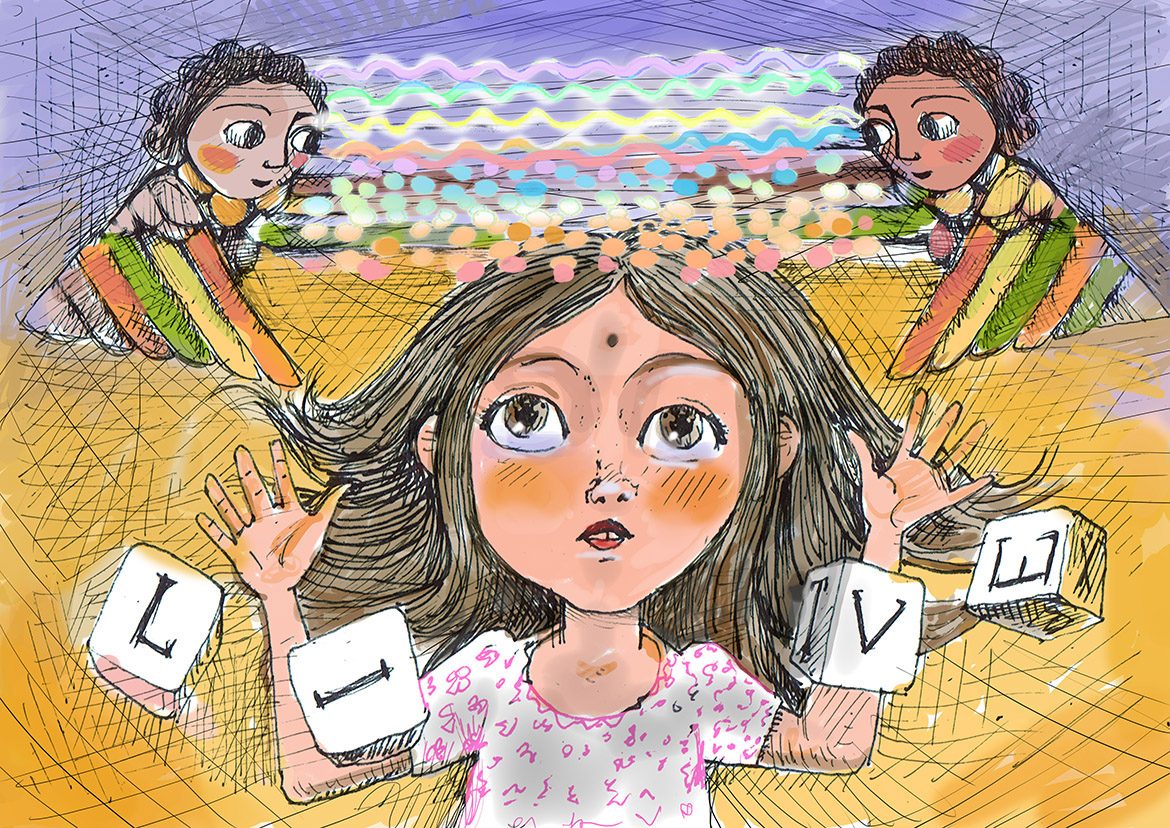 We were sitting around the kitchen table playing Boggle. I love Boggle. Just the name makes me giggle – ‘boggle’. I love the way the little cubes jostle around and then find their places on the grid. I love the way the letters appear to be gibberish, only suddenly - like magic - words begin to appear. A word here. A word there. Like something from nothing. I love the way a word stays hidden even after I stare and stare seeing only random letters – meaningless non-words. And then suddenly, a word pops out. And once it’s popped out, it always seems so obvious. How could I have missed it earlier? It’s like those crazy pictures that are made of blurred dots and jumbled colors. There’s nothing there, just blurred dots and jumbled colors. Daddy used to tell me to ‘defocus’, ‘stop staring’, ‘relax.’ But there was nothing there except chaos. And then, just as I was giving up, just as I was about to accuse him once more of pulling my leg, I saw it. Not just an ordinary picture, but a 3-D picture. How was that possible? Swans flying over a pond at sunset with their reflection bouncing off the still water. It was magnificent. I could see them. They seemed so real. I tried to touch them. And then I found that I couldn’t see the blurred dots and jumbled colors any more, however much I tried. Only beautiful swans flying into the sunset. Once what is hidden is revealed, it can no longer return to being hidden.

So Mummy, Daddy and I were playing Boggle. When I play, we don’t use that silly timing thing. We play together, trying to find every single word we can, rather than compete against each other. But I know that after I go to bed, the two of them do play with the egg timer. They play to win, or rather they play so that the other one will lose. I sometimes hear them yelling and thumping on our thick dictionary. And I hear how one of them lets out a victory cheer while the other moans in defeat. How silly. When I play, we just enjoy finding as many words as we can – together.
I shook the box with the cubes. “Anyone see anything?” I asked.