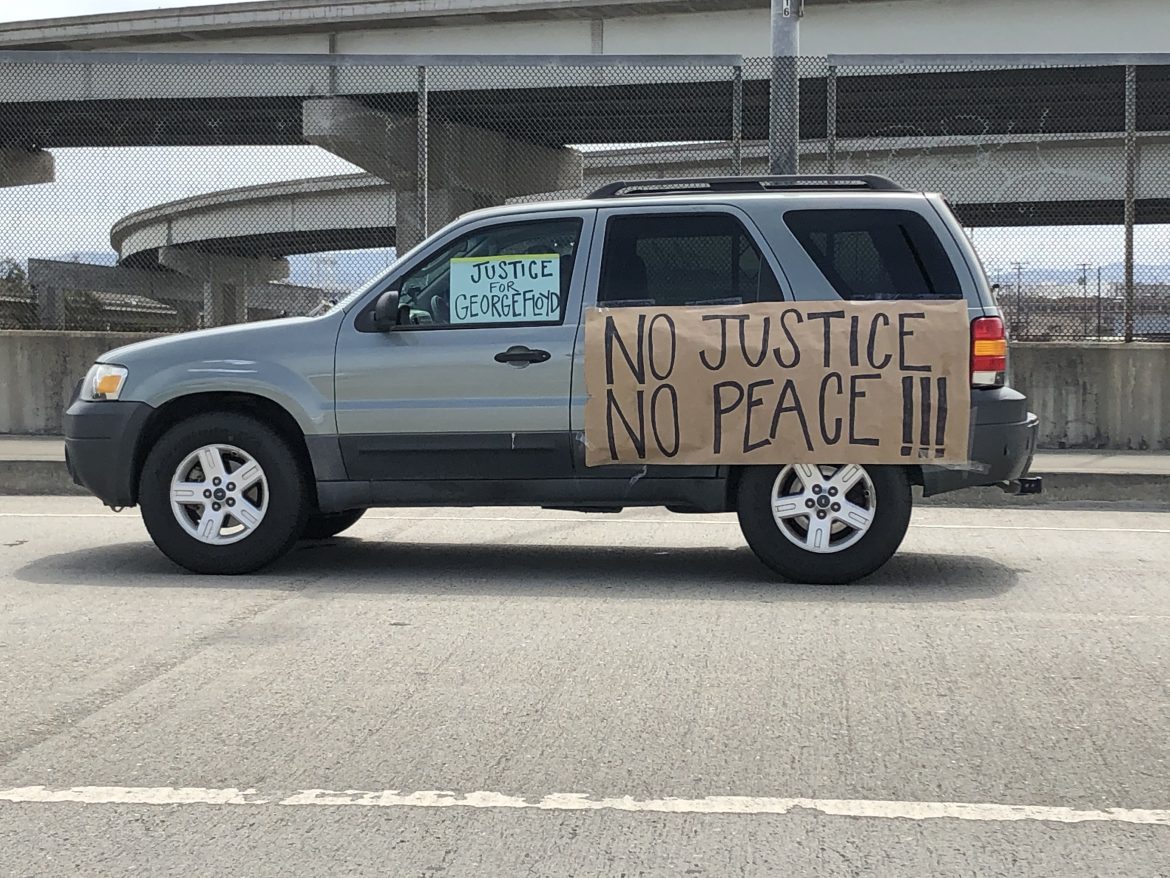 Monday was one of those moments when they succeeded.  A step toward "magnificence."

First, the background: The President of the United States, feeling shamed by correct news reports that he had hidden in a bunker beneath the White House from raucous protesters outside, decided to prove his bravado by walking to St. John’s Episcopal Church across Lafayette Park from the White House.  (D.C. police said a small fire had been deliberately set the day before, in the basement of the church. Under police escort, D.C. firefighters quickly extinguished it. Fire department spokesman Vito Maggiolo said the blaze did not appear to cause any significant damage. All this happened while demonstrations were occurring outside, seeking redress for four centuries of American racism. The demonstrations were near the church, in Lafayette Park near the White House. Who set the fire is not known.)

When Attorney General of the United States looked at the park before the President’s walk, he saw that it was filled with peaceful demonstrators. A decision had been made to close the park and surround it with a high fence, but that had not yet been done. (It was accomplished the next day.)    The Attorney General decided to clear the Park, and ordered that done. Various police forces used tear gas, truncheons, and other weapons to clear the Park of peaceful demonstrators. (The different police forces claimed no tear gas was used, but reporters and protesters were unanimous in  claiming some gas that produced eye and skin pain was.)

The President and a contingent of officials then walked to St John’s Church. The President’s daughter had taken a Bible in her $1,540 Max Mara handbag. She handed it to the President. He waved it in the air, did not read it or quote it, gave a short speech about stopping demonstrations that attacked property, and walked back to the White House.

Then the religious community had its say:

The Right Rev Mariann Budde, the Episcopal bishop of Washington:

“Let me be clear, the President just used a Bible, the most sacred text of the Judeo-Christian tradition, and one of the churches of my diocese, without permission, as a backdrop for a message antithetical to the teachings of Jesus,” she told CNN.

“I don’t want President Trump speaking for St John’s. We so dissociate ourselves from the messages of this president,” she told the Washington Post. “We hold the teachings of our sacred texts to be so, so grounding to our lives and everything we do, and it is about love of neighbor and sacrificial love and justice.”

Presiding Bishop Michael Curry, Primate of the Episcopal Church, accused the president of using the church and Bible for “partisan political purposes”. He added: “For the sake of George Floyd, for all who have wrongly suffered, and for the sake of us all, we need leaders to help us to be “one nation, under God, with liberty and justice for all.”

The moment was remarkable in itself. But the next few days made clear that it called forth and spoke for a wide swath of American life. So wide that not only leaders of the nation-wide anti-racist Uprising but even conservative military leaders spoke clearly about the illegitimacy of the Caesar -like strut to and at the Church. The response broke the back of what had seemed a gathering Presidential intention to send the US Army into a number of cities to smash assembled protesters. If the Episcopal leadership had been silent, history might have taken a very different turn.

There have been a few such moments in the relatively recent past:  Martin Luther King’s speech to Clergy and Laity Concerned About Vietnam at Riverside Church in New York City on April 4, 1967, which condemned not only the US War against Vietnam but the whole structure of “deadly triplets” of militarism, racism, and materialism that was and still is basic to American society. Perhaps in a smaller way the first Freedom Seder in 1969, redefining the central Jewish ritual of the Passover Seder as an act of solidarity with all oppressed communities. Malcom X, returning from Mecca to call for a new American Islam, non-racial and committed to justice for all.  The Buddhist “Work to Connect” of Joanna Macy. The transformation of Bill McKibben, a Sunday-school teacher, to a vigorous defender of Earth. The decision of Tikkun magazine to call into being the Network of Spiritual Progressives.

It is time for the religious communities of America – all of us – to say clearly that the American people must act with vigor and speed to transform  America from its 400 years of genocide for Indigenous peoples; slavery for Blacks, then segregation in fourth-class schools and jobs, brutality in treatment by police and other actors in the criminal “justice” system,  and systemic action to prevent capital accumulation by Blacks, denial of their right to vote; and similar attacks on the humanity of Spanish-speaking persons whether US citizens, immigrants, or refugees, and on Asian communities as well.

It is time to go further and deeper: to dismantle the structures of domination, subjugation, and exploitation toward all those human beings and other life-forms “othered” by the Hyperwealthy and Hyper-privileged who have ruled us and who, whenever there is a  wave of reform as there was in the mid-twentieth century, act to increase their power.

And it is time to look still more deeply to shape a world-view that sees not Hierarchy and Subjugation but the Ecological sharing of diversity in Unity, of an Inclusive Democracy, of the Beloved Community of Earth and Humankind,  that is the true message of our yearning, in ancient texts and current activism.

And to translate that into action: loving action, soul-force, by the vote and the vigil, by sit-ins and stand-ups, by pilgrimage and peaceful challenge – the sacraments that must join and give new life to our prayers and meditations, our meals and our fasts.

Rabbi Arthur Waskow, Ph.D., founded (1983) and directs The Shalom Center. In 2014 he received the Lifetime Achievement Award as Human Rights Hero from T’ruah: The Rabbinic Call for Human Rights. Among his 26 books are the original Freedom Seder, Seasons of Our Joy, Down-to--Earth Judaism, Godwrestling — Round 2, (editor) Torah of the Earth, and (forthcoming Oct 2020)  Dancing in God’s Earthquake  (Orbis). He has been arrested about 24 times in protests against racism, oppression of Soviet Jews and of refugees coming to the US, the US wars against Vietnam and Iraq, and governmental inaction on the climate crisis.

SPIRITUAL ACTIVISM TRAINING: PROPHETIC EMPATHY & REVOLUTIONARY LOVE—it’s not too late to join the 120 people who are already in this 6 session zoom-based training. Info at: www.spiritualprogressives.org/training . Or if you just want to learn a strategy to build a more effective liberal and progressive world but don’t want to be trained as an activist, please read Rabbi Michael Lerner’s book Revolutionary Love: a Political Manifesto to Heal and Transform the World  ( order at tikkun.org/buyrevlove ).

One thought on “When Religion Speaks in Truth”