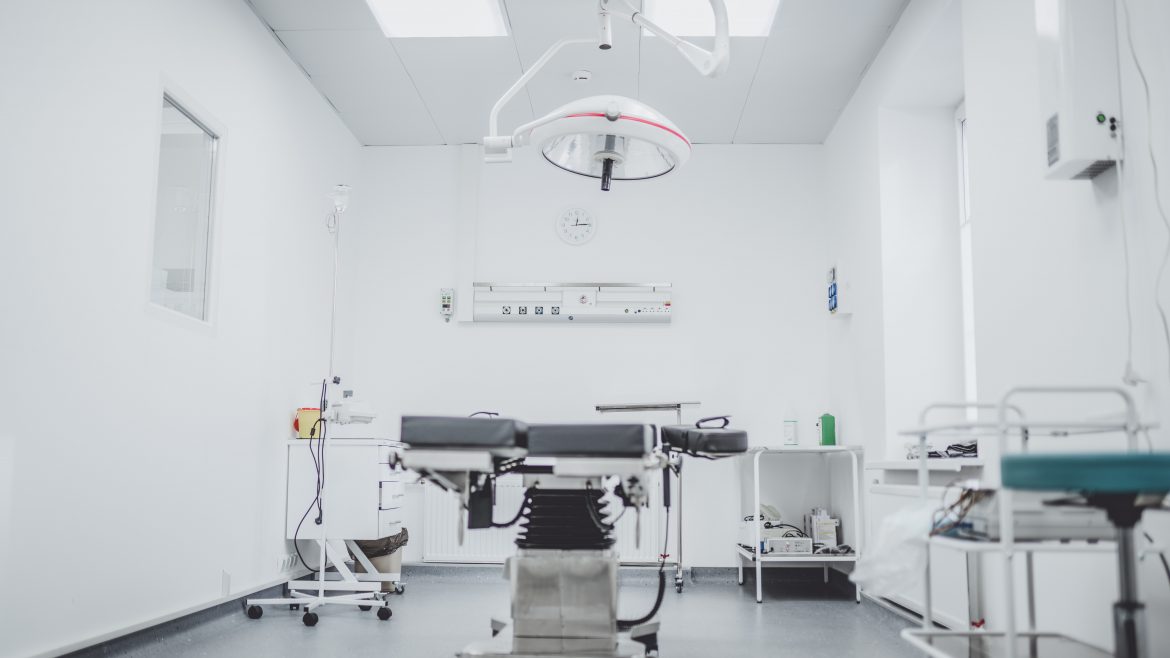 My Bar Mitzvah was my first time reading torah. I read the parsha Yitro, or Jethro, which is most notable for God’s revelation of the 10 commandments to Moses and the Israelites at Mt. Sinai, everyone is familiar with this part of the story. But I always felt more drawn to the earlier part of the portion. Moses’ father-in-law Jethro comes to the community and sees that Moses is the arbitrator for all the people’s disputes. This is way too much work for Moses to do all by himself, and the people are waiting all day long for Moses to settle their disputes. Jethro urges Moses to divide the labor in a systematic way. Moses appoints judges of lower courts to handle the clear case disputes, while still attending himself to the more complicated disputes. Why would this accompany one of the most recognizable stories from Torah? I think it emphasizes the importance of collaboration in accomplishing large goals, such as managing the conflicts that are sure to emerge in a large population of social beings. My understanding of collaboration is that every person has super powers. Everyone has different strengths that they can bring toward a solution. Someone may be able to sing, another person may be able to 3D print a Harriet Tubman stamp so that we see a black woman on $20 bills in 2019. Another person may be able to read and understand history, or science, or the myriad social connections within their local neighborhood. We can have more than one superpower as individuals, and when we come together in with loving kindness and compassion for one another, that is when synergy takes place and Tikkun Olam  happens quickly and effectively.

For better or for worse, I have not always been able to channel that collaborative spirit, despite a growing understanding of the massive problems we face as a species. My Bar Mitzvah project in 2005 was centered on addressing Global Warming. At that time, in middle school, I brought an expert with me to my science class and we taught our understanding of global warming, something my classmates and I had never been taught in school before. We tried to communicate the magnitude of the problem and a fairly rigorous understanding of the science. And we focused on solutions at the end, such as a cap and trade program, installing more solar power or wind turbines, or being personally accountable for our individual carbon footprints by decreasing our energy consumption by washing the dishes with cold water, taking shorter showers, using public transportation, etc. At that time in my life I had personally decided never to own a car. My friends and family were encouraged that they could do something themselves to reduce our carbon emissions, but we did not pursue collective organizing or action to a great enough degree. I went on to high school and then college and got an even more advanced understanding of the science of climate change, but I did very little to organize my community around solving that problem. It always seemed like we were doing enough, being in the Bay Area or in California, we were known for being green and having great public transportation, and so after my Bar Mitzvah I became fairly disengaged with the climate movement. I decided I would become a doctor, like my mother, in order to help people struggling for a healthier life. At the end of college, my parents helped me to purchase a car, which I claimed was necessary for all the different opportunities for jobs or clinical experiences to enter into the competitive field of medicine. That was about 5 years ago that I turned back on my intention to never own a car. I have probably used about 2,000 gallons of gasoline since then, just myself, and this is a personal failure on my part to protect the climate. I take responsibility for my actions in harming our planet. I also understand it is not only my fault. There are social and economic and political structures at play that pressure people into owning cars. The public transportation in the Bay Area is what it is, but it ain’t that great. At any rate, an average American has a carbon footprint around 400 times that of an individual living in Burundi, a country within subsaharan Africa. And the healthcare system in the United States is responsible for 10% of our country’s CO2 emissions <https://www.commonwealthfund.org/blog/2018/be-high-performing-us-health-system-will-need-adapt-climate-change>. I am complicit in this and I am atoning for that today, among other things.

I should mention that I am now finishing up my last of 5 years of medical school. I go to Touro University California, on Mare Island in Vallejo, where I am studying to be an Osteopathic physician. Touro is a Jewish school, which had given me an odd sense of privilege as a Jew attending a Jewish school, since now I am given the Jewish holidays off without having to ask to take time off, without needing to make up school assignments or missed classes. It’s not huge, but this is a big deal of why I have been able to join Beyt Tikkun at high holidays over the past several years.

I want to give a few examples of the kind of collaboration I’ve seen recently in organizing to create structural change in the community, akin to that of Moses taking his father-in-law’s advice and breaking up a big problem into smaller parts so that the community could solve it in a manageable way.

These structural issues within my medical school campus are just the tip of the iceberg, but I want to talk about larger societal issues that students like me can address.

Advocacy for change at the State Level

When we say “Healthcare is a Human Right” in 2019, we are expressing our imagination because Human Rights aren’t protected today. People are dying because they cannot afford to pay hundreds of dollars for a vial of insulin that costs around $5 to manufacture.

Imagine if a person goes to the hospital because they are feeling sick. If it’s the first time this patient has been to this particular hospital, and if they are lucky, the hospital might contact their primary care provider’s office and receive a fax with tens or hundreds of pages of medical records. It may take hours or days to receive these records. These pages will either be printed out on paper and hole-punched into a binder, or scanned into an electronic PDF as part of their hospital record, for their doctors to review. The pages will include medication lists, test results, and written notes from their past appointments.

Our healthcare system is a catastrophe in its own right. We have the best in organ transplants and cancer therapy, but a severe primary care shortage and many people without health insurance in the first place. Around 35,000 people will die this year in the United States due to lack of health insurance <https://annals.org/aim/fullarticle/2635326/relationship-health-insurance-mortality-lack-insurance-deadly> and around 60% of bankruptcies in our country are from medical bills, and if you are admitted to the hospital, your chance of bankruptcy go way up <https://ajph.aphapublications.org/doi/10.2105/AJPH.2018.304901>.

1. Lack of universal healthcare is an egregious scourge on our society, a form of structural violence and racism that cannot be allowed to continue. Protecting healthcare as a human right is a bare minimum to fundamentally transforming our healthcare system away from corporate greed and inequity toward a system rooted in compassion that promotes health justice.

2. Those with power have not acknowledged, let alone addressed, the deep problems in American healthcare. In 2016 Pres. Obama published an article <https://jamanetwork.com/journals/jama/fullarticle/2533698> in the Journal of the American Medical Association touting the success of his Affordable Care Act at reducing the uninsurance rate, but he made no mention of underinsurance, which has increased since that law passed in 2010, and affects 30% of Americans with health insurance today <https://www.commonwealthfund.org/press-release/2019/underinsured-rate-rose-2014-2018-greatest-growth-among-people-employer-health>.

Thankfully, the movement for Single Payer Medicare For All has never been stronger. Medicare currently provides health insurance for people 65 years and older. Medicare for All would remove the age restriction and cover everybody in the country. We would improve Medicare by eliminating copays and deductibles, expanding coverage to include long term care, dental, hearing, mental health. We would decrease prescription drug costs by allowing Medicare to negotiate drug prices with pharmaceutical companies, which is currently illegal! We would eliminate the for-profit insurance company for essential covered benefits, so executives would no longer earn their paycheck by denying care to patients. We would save money while protecting healthcare as a human right.

In the House, The Medicare For All Act of 2019 is called HR 1384 <https://www.congress.gov/bill/116th-congress/house-bill/1384>, and it currently has 119 co-sponsors. In the Senate, S 1129 <https://www.congress.gov/bill/116th-congress/senate-bill/1129> has 15 cosponsors. In all my years of fighting for single payer, I have never seen such institutional support for the concept within Congress. And if you talk to anyone on the streets, everyone has an idea of what Medicare for All is and could be. And it is an overwhelmingly popular concept.

What about after we get MEDICARE FOR ALL? Imagine what it would look like… Imagine that healthcare was guaranteed to everyone, and there were no restrictive networks. Imagine going to a hospital of your choosing and being asked, which doctor would you like to see? Imagine a healthcare system that respects patients…

While the healthcare system generates 10% of our nation’s carbon emissions, we cannot claim to “do no harm” as the climate crisis unfolds. These issues are all connected.

Doctors are workers. Healthcare workers make up a huge number of people in our society. I am applying for residency right now and I am so excited to serve my community as a family physician and primary care doctor. I hope to join a residency that has a union. Doctors can stand up for our rights and end the structural causes of our burnout. We can’t do it alone, we need unity with our fellow healthcare workers. The hierarchy in medicine is splitting us apart. This will take a lot of work, but the bottom line is we need to treat each other like human beings.

We need to focus on HEALTH, not just healthcare, but actual HEALTH. Public Health funding in this country is abysmal. Public health professionals are underpaid and have to fight each other for grant money. We also need an emphasis on rehabilitation, healing, and restorative justice, rather than retribution and punishment and locking people up… Prisons are our country’s largest mental health institution right now <https://www.ncbi.nlm.nih.gov/pmc/articles/PMC5397789/>. That is absurd and violent.

We need a revolutionary awakening that realizes the value of love and generosity.

We need to forgive student loan debt and medical debt

It’s Yom Kippur but we can still eat the Rich, right?

OK. I have two asks of you all here today.

See you in the streets!