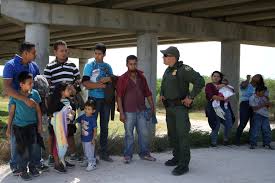 The maxim "the map is not the territory" was coined by philosopher Alfred Korzybski, who also said, "the word is not the thing," perhaps inspiring Zen teacher Alan Watts' dictum, "the menu is not the meal." Experience is deeply affected by (and often confused with) the way we label it. One of Korzybski's proofs was to give students cookies in two unmarked bags; all munched happily until the plain label was torn from one bag, revealing that the cookies it contained were dog treats. Reading the words—rather than eating the cookies—was what sent students running to the toilet, clutching their mouths.

Right now, a war of words is being waged over Representative Alexandria Ocasio-Cortez's use of the term "concentration camps" to describe U.S. incarceration of immigrant children at the border in circumstances Physicians for Human Rights characterized as "dangerously inadequate conditions of confinement."

I don't have a problem with her language, as I'll explain below. But I believe I understand something of those who do.

For the groups most strongly opposed to AOC's language—Yad Vashem, Israel’s Holocaust museum; The U.S. Holocaust Memorial Museum; The Anti-Defamation League—"Holocaust," "concentration camps," and other such terms must be reserved for a unique event, the systematic extermination of approximately two-thirds of Europe's Jews by Nazis and their allies. The desire to insist on its singularity is rooted in the remarkable indifference of much of the world as these events were unfolding. Germany built Dachau, the first concentration camp, in 1933, yet the U.S. did not officially enter the war until Pearl Harbor was attacked in December, 1941. During those eight years, the Nazis committed a multitude of crimes against humanity, most aimed at Jews: officially boycotting Jewish businesses in 1933; enacting the Nuremberg Laws in 1935; destroying Jewish homes and businesses in 1938; moving Jews to official ghettos in 1939; empowering death squads and extermination camps to carry out the "final solution" through the end of the war in 1945.

It should not need saying that this is by no means the only incidence of genocide in human history. The litany of blood spilled to annihilate demonized groups is long. We can list genocides, naming Indigeneous people of the Americas, Bosnia, Rwanda, Cambodia, to Darfur and beyond, and go on listing for some time.

Yet there is a unique feature of the Holocaust—what we Jews call the Shoah—and that is the substantial hate-fueled industry that turns on denying it ever happened, from crackpot websites to historians who are somehow deemed respectable despite the distortions and deceptions that underlie their claims. The Southern Poverty Law Center lists eight Holocaust denial hate groups in the U.S.; Wikipedia lists 15; and it is worth noting that these are groups focused specifically on Holocaust denial, they do not account for all of the hate sites that make this merely one of their mad obsessions.

Jews are by now a tiny percent of the U.S. and world population. There are approxmately six million of us in the U.S., far under two percent of the population. There are at least ten times as many persons of African descent in the U.S. as Jews. Do the math. What if there were ten times as many—80 or 150 sites—devoted to spreading the libel that the Middle Passage never happened, that slavery was a made-up story? If that circumstance sparked a war of words, who would be surprised?

So I understand. But I can't endorse. The Hebrew phrase "pikuach nefesh"—saving a soul, saving a life—names a foundational principle in Jewish law. It is taught that preserving human life overrides other considerations, that other prohibitions cease to apply when a life is in danger. This is the principle now at stake.

Arguing about proper usage of terms such as "concentration camp" and phrases such as "Never again!"—however strongly some of these arguments may be motivated by understandable fear and self-defense—does nothing to save life: to call attention to injustice, to connect past horrors with those now being committed in our names, to stop cruel and vicious incarceration before it becomes extermination.

The right-wingers who've joined the administration's side in this war of words are making cynical use of history, trying to misdirect attention away from the reality—the territory—to an argument about the map. It may be that their narcissism renders it unthinkable that the evil they do warrants comparison with history's worst villains. It may simply be that they'd much rather argue about words than have to face and defend these terrible acts.

And to the rest, to those who fear history's erasure leading to its repetition, now is the time to stay awake. Now is the time for pikuach nefesh. It look the Nazis eight years to move from actions many members of the German polity must have explained away (just as some in this country are rationalizing and justifying official torture of children). Each step took time, testing the waters of public compliance. A full year passed after passage of the Nuremberg laws—prohibiting relationships, both intimate and economic, between Jews and Germans and denying Jews citizenship—before the laws were enforced. The Nazis elected to wait until after the 1936 Olympics, figuring good press would outweigh bad deeds. The Present Occupant of the White House craves this type of spectacle, and seems equally expert at titrating the dosage of horror, market-testing his appalling acts (look at his recent test flights on attacking Iran, on deporting undocumented family members.

There is no way to say that these human rights crimes against children and families will not unfold in the same way, a leading wedge to the normalization of new heights of systemic evil. We've had just two-and-one-half years of this administration. Can we stop fighting about what to call its crimes and shift to preventing what another five-and-one-half years could bring?

Here's a long list of groups supporting immigrant rights and caring for children in separated families. And another that also highlights actions such as paying bail for immigrants, the quickest way to reunite families.

"The Needle's Eye" by Gil Scott-Heron.