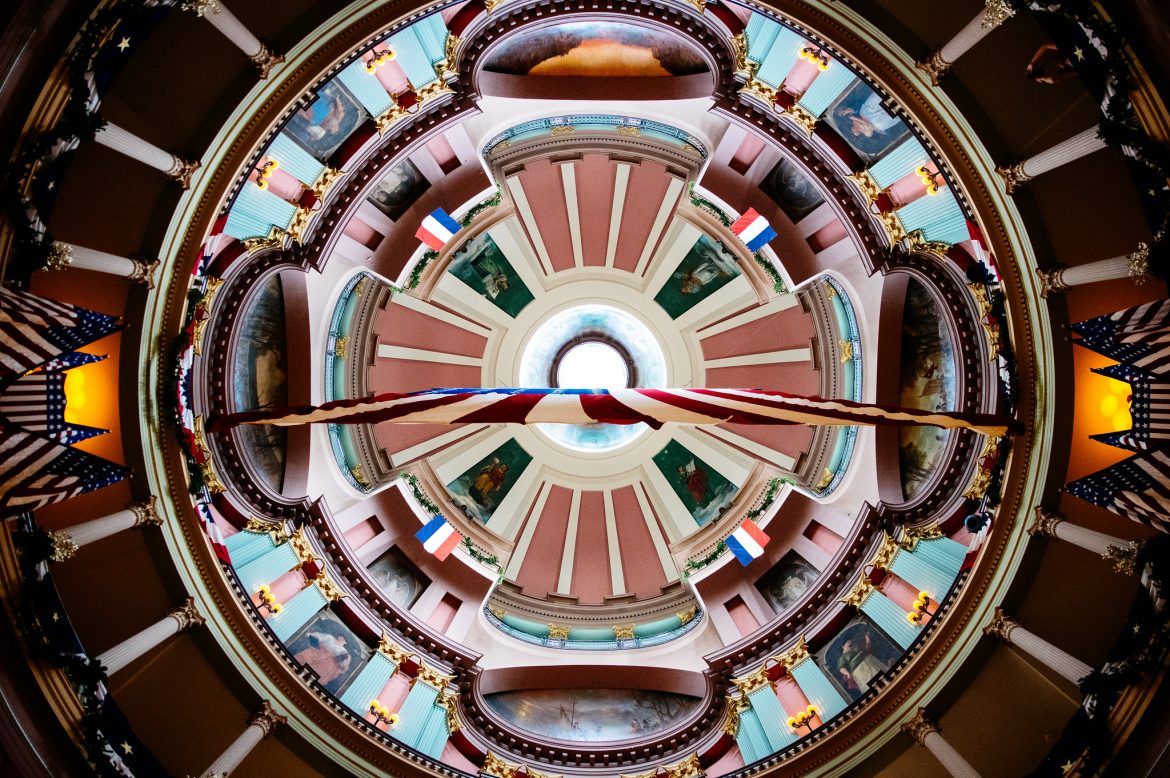 To the presidential candidates, I cordially invite you to attend a We the People 2020 Candidates Forum, March 8th in East St. Louis, Illinois.

Come to East St. Louis, also known as the City of Champions, East Boogie, and East St. Love. We are a small, low-income city with a rich but tragic history, a city not unlike many others in the United States of America. Come not only to tell us about your stance on issues, especially on urban revitalization and repair of our infrastructure but come and get some of our East St. Louis-ness.

East St. Louis sits on land that some scholars believe was a religious center of the great mound-building Native American civilization. The mound builders were also traders, farmers, and hunters. As with all civilizations, there is a rise and a fall. The reasons for its fall remain a mystery. Perhaps a combination of some kind of climate change, or exhaustion of the soil or overhunting caused migration and destabilization. One thing is certain when Europeans arrived, the native Americans died from diseases against which they had no immunity.

Fast forward to 1797 when James Piggott started a ferry service to take people from the east side to the west side of the Mississippi River. A small town called Illinois Town grew up around the business until in 1861, the town was renamed and incorporated as East St. Louis. In 1874, the Eads Bridge was completed and the link between East St. Louis and St. Louis, the gateway to the west, was made even more durable. As time passed, businesses located in East St. Louis because of less regulation. Aluminum, chemical, steel, and glass production were important. These industries along with meatpacking beckoned immigrants from Eastern Europe because jobs were plentiful. East St. Louis became a hub for shipping via the railroad.

In 1917, when the United States entered World War I, there was a greater need for the industrial products of East St. Louis. At the same time, white workers wanted better wages and working conditions. Owners hired African-American strikebreakers from the south. Rather than welcome the black workers and recruit them to their cause, the white workers decided upon a violent response. Further, the African-American community was starting to flex its political muscle, no longer voting reliably Republican. The combination of both political and economic competition initiated one of the bloodiest racial pogroms in the history of the United States. The violence that happened in May and again in July of 1917 was unspeakably barbaric. The violence would not succeed in making East St. Louis a sundown town where African Americans could work but not live.

Time passed and East St. Louis continued to prosper until it reached its apex around 1950 when the census recorded its population at about 82,000. In the early fifties, when my parents came to East St. Louis from the Mississippi Delta, my father got a job in the packing house after two days in town. My parents rented a room in a woman’s house, but it was not long before they got an apartment in one of the low-income government projects. My mother got a job as a nurse’s aide, then as a school teacher. My father finished his college degree at St. Louis University and became a school teacher and principal. My parents bought my aunt’s house when she and her husband moved to California. I was reared in an all-black neighborhood on a street where we felt safe and loved. There were all kinds of families on the block, multi-generational, child-less elders, a single nurse, single-mothers, low-income, and middle-class families. There were a Catholic church and school, a Jewish grocer, a park, a drug store, barbershop, tavern, and movie theater within walking distance.

Then the interstate highway came and destroyed our community. Black people moved into white neighborhoods. White flight happened at the same time that the big businesses were going away. With white flight, small white businesses left. The black middle class left. Soon there was no reason for many young people to stay in the area after graduation. We moved all over the world. With the end of plentiful job opportunities, an underground economy of drugs and violence took hold. Now, according to current estimates, the median household income in East St. Louis is $21,000. Forty-three percent of people in East St. Louis live below the poverty line.

Our streets are pock-marked to a degree where one has to memorize the location of the potholes as one drives down the main street. Zombie buildings, empty and crumbling, but still standing witness to better days. My heart still breaks when I pass the old library, the building where I first discovered my love for books.

So, presidential candidates, again I say: you are cordially invited to come to East St. Louis and tell us how the federal government can work together with our community toward its resurrection. At the beginning of this invitation, I promised you some East St. Louis-ness. What is that? The boogie is the “certain and the sure ‘nough” that Al Jarreau sings about in his song “Get My Boogie Down.” East St. Louis-ness is a determination to not only stay alive but become Jackie Joyner-Kersee champions and Miles Davis innovators. White supremacy, structural and systemic racism have been trying to kill us for more than a century, but as Tamela Mann sings in the song “Take Me to the King”, our soul refuses to die. We do not believe the naysayers who say that the city is irredeemable. Postmodern philosophers call it a hermeneutic of suspicion. It is a faith that sees beyond sight to a new city, and to a new world of sustenance and joy for all.