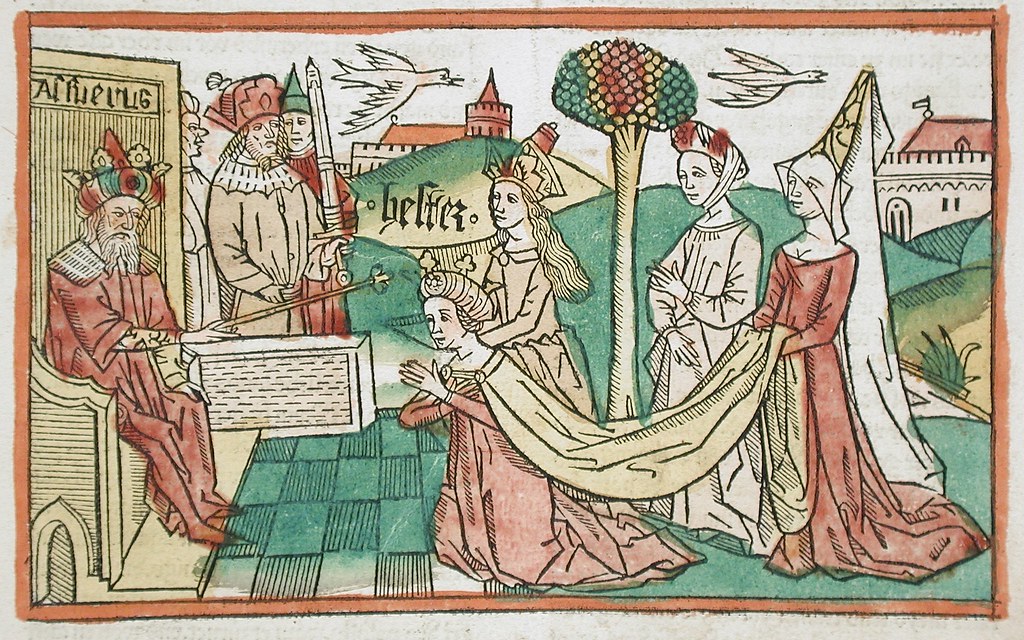 Is the Book of Esther a story of inspiration and intrigue, one where powerful women buck the patriarchal norms? Or is it a book of accommodation and violence? I’m interested in exploring some of the troubling aspects of this book to find meaning in our present time that surpasses traditional understandings.

In most shuls, the story of Esther is understood as a story of Jewish redemption and, arguably, creativity in narrowly escaping genocide. It is seen as a story of two powerful women, Vashti, who refuses the king’s demands, and Esther, who uses her position of power to save her people. Vashti is the feminist archetype standing up to the patriarchy. And Esther’s actions are an example of women’s wiliness that saved the Jews. This is, for many, a powerful antidote to the Holocaust and provides hope in challenging times such as these with the rise of anti-Semitism.

Rachel Adelman[i] argues that “the art of discretion is a feminine virtue” that is utilized in our Torah by both genders to gain power. She argues that Esther, like other warrior women, use discretion and feminine wile (“the unconventional weaponry of women”) to undermine pernicious sources of power and achieve her goals. But Timothy Beal[ii] argues that Vasti and Esther's “success” was based instead on their ability to be ogled, to be sexual, to be objects. Both of these are tropes about how women behave in society – either being wile and cunning, or using their sexuality to gain influence.

There are a myriad of ways that disempowered people disrupt power imbalances and exert power, including discretion, wile, and sexuality. Such behaviors are typically labeled “feminine” and thus judged to be sneaky and negative. Those with power create and use stereotypes about the disempowered as an intentional act to sustain and further entrench power imbalances, oppression, and disenfranchisement. Furthermore, the characterizations often have little or no relationship to reality. Those in power often have such little interaction with the powerless, other than through means of exerting power over them, that they really don’t even “know” the stranger who lives amongst them.

These behaviors can be better understood as strategies disempowered people employ to exert their agency and power and get their needs met. Disempowered people often work for the powerful in intimate settings, such as their homes. They are constantly watching the ruling elite, discerning how to read them and manage their needs and energy so as to keep themselves safe and ‘under the radar’. The stereotypes they create can often be ways of snatching back agency and subverting power, thus becoming means of opposition and empowerment.

Vashti’s unconventional refusal to participate in her own exploitation shatters stereotypes of women as weak and disempowered. She is called to show up to a party in which there are only men. The king and other men are dependent on her as a fixed object for their pleasure – she has no agency or power. Yet, when summoned, she refuses to go. She is enacting her agency by choosing to absent herself – in a place in which she was already absent! Her choice exposes the fragile foundation on which the entire patriarchal structure stands and the anxiety and vulnerability among men with regard to their own subjective status vis-à-vis women. Her defiance threatens all male power in the society, and hence the society’s sexual and political order. Vashti’s “transgression” instills fear in the king’s court that all women will then disobey their “men”. (Chap.1:16-20)

Queen Vashti has committed an offense not only against Your Majesty but also against all the officials and against all the peoples in all the provinces of King Ahasuerus. For the queen’s behavior will make all wives despise their husbands, as they reflect that King Ahasuerus himself ordered Queen Vashti to be brought before him, but she would not come. This very day the ladies of Persia and Media, who have heard of the queen’s behavior, will cite it to all Your Majesty’s officials, and there will be no end of scorn and provocation! If it please Your Majesty, let a royal edict be issued by you, and let it be written into the laws of Persia and Media, so that it cannot be abrogated, that Vashti shall never enter the presence of King Ahasuerus. And let Your Majesty bestow her royal state upon another who is more worthy than she. Then will the judgment executed by Your Majesty resound throughout your realm, vast though it is; and all wives will treat their husbands with respect, high and low alike.

Vashti’s assertion of power and refusal to be ‘used’ for the king’s pleasure ends up being ‘used’ to entrench male dominance and keep women “in their place” by issuing a decree that all wives must treat their husbands with respect. While Vashti is written out of the text, her ‘writing out’ is used by the subjects/creators of the law to write back in proper sexual identity and power relations for women vis-à-vis “their lords”. Yet in the end, Vashti remains a heroine who refused the male gaze.

Both Vashti’s refusal, and Mordecai’s later, led to massive overreaction, condemnation, and danger. Which begs the question, is refusal to bow down to power dangerous? What is the role of nonviolent action and refusal to participate in exploitation when it leads to greater oppression? Is the author trying to tell us that non-violence is not an effective strategy? As the story ends, it seems the author suggests that the only way out of a dangerous and violent situation is more violence. How do we make sense of this? And why does the author talk about Jews as killers? What is the author’s message?

First, I think the author is reminding us how truly fallible we all are as human beings. We too can enact extreme violence if we are not careful. Second, this is a powerful reminder that even those who start powerless can still be corrupted by power. And third, I look at this ending through the lens of trauma. Esther is a traumatized person. She is taken as a young girl and basically sold into sex slavery to a man much older than her and forced to serve in his harem. This is not a glorious story. We tend to forget the incredible violence enacted upon Esther because she comes to the rescue of the Jews so her sacrifice seems worth it (unlike Isaac who ultimately was not sacrificed, albeit traumatized). From a very young age, she resides in the king’s castle – an echo chamber filled with people that respond to their problems with violence. Esther re-enacts her own trauma and limited visions of possible solutions through that lens.

The Book of Esther should be a warning against the glorification of the powerless. David Clines[iii] argues that Esther can be understood as a “reactionary rather than progressive” narrative. The story celebrates and uplifts co-operation and complicity not resistance. Rather than challenge, resist, or transform the power structure, Mordecai and Esther become part of it. This is a very pragmatic, realistic response—accept what you can get, coddle up to the powerful, don’t challenge systems and structures of power, protect yourself because nothing can ever be fundamentally transformed. A subtitle for the Book of Esther could be: Be Realistic! Rather than a book of redemption, the Book of Esther is an anti-liberation theology text that undermines the libratory voice of our Torah found so powerfully in Exodus.

In Exodus, Moses used his prior insider status to challenge and ultimately overthrow Pharaoh. Perhaps this is why YHVH is absent in Esther and so prevalent in Exodus. YHVH represents that energy in the universe that says to Moses – go tell Pharaoh to let my people go. YHVH does not tell Moses to go coddle up to Pharoah and ask for better working conditions or minimum wage for the Hebrews, nor does he return to the castle and become part of the power structure. Moses challenged power from outside and inspired the mass multitudes then and many in more modern times to refuse to participate in their own oppression and launch into the unknown wilderness in the hopes of building a more just world. YHVH is that force in the universe that makes fundamental transformation possible, including overthrowing systems and structures of oppression. YHVH is the voice of liberation. The subtitle to the Book of Exodus could be: Be Idealistic: Dream Big!

Rather than confront the Book of Esther’s proclivity to accommodate to the powerful, some contemporary Jews argue that Purim is an opportunity to transcend dualities or joyously celebrate our continuity as a people. The slaughter of the Persians at the end of the book has been used by some extremist West Bank settlers to justify the killing of Palestinians. The danger of failing to condemn this part of the book cannot be transcended by how high we get on alcohol or drugs or how insistently we ignore the way that Purim has become, for some linked, to a glorification of Jewish violence.

The Book of Esther demonstrates that when people become part of the power structure, they themselves end up being more transformed from the systems than they succeed in changing those systems. This story calls us to recognize that to create fundamental change in our society, we need to push against systems of oppression and work together to build a loving and just world that would be truly liberating for all. As Abraham Joshua Heschel teaches, YHVH seeks partnership with human beings to bring forth liberation. The work is upon us today.

Note: A previous version of this article inaccurately portrayed all West Bank settlers as using the Book of Esther to justify violence and murder. That mistake has now been corrected. I regret and apologize for that mistake.