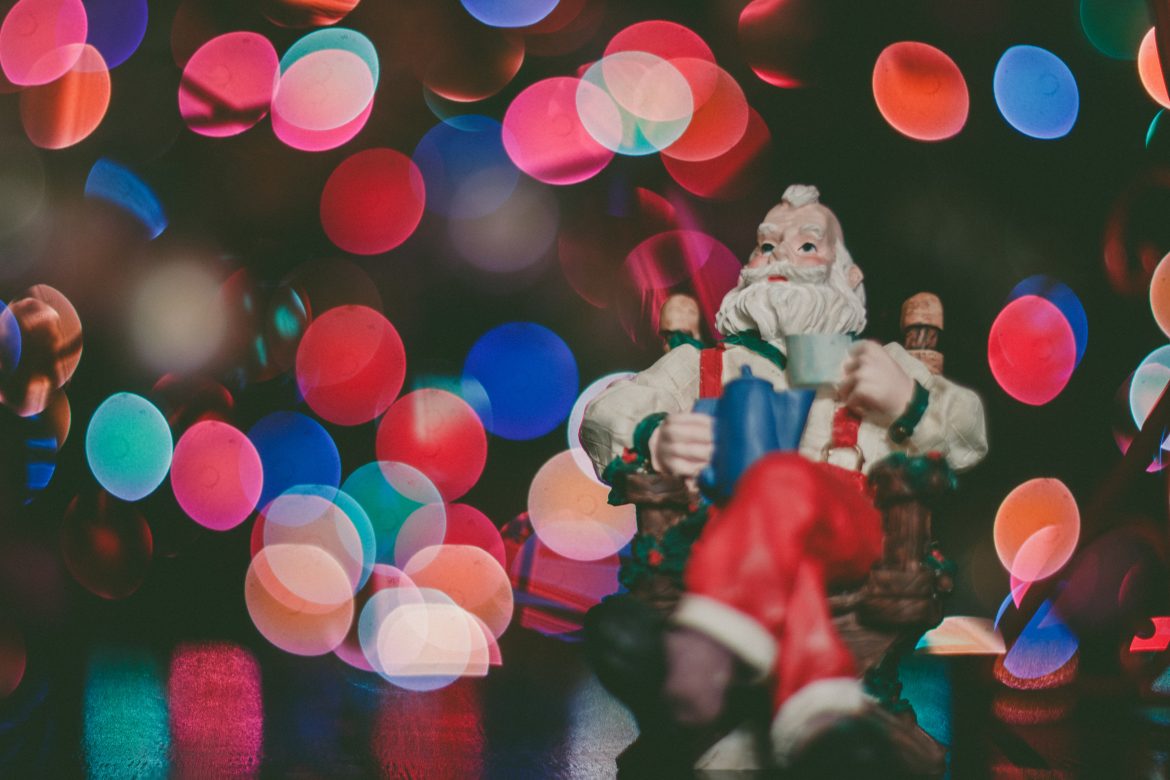 The work was done. My bags were packed, and this was my last night at the North Pole. I go most years to help the northern Santa prepare for Christmas Eve. (See: Four Santas https://www.tikkun.org/tikkundaily/2015/12/24/four-santas/) There is a team of us who track children. Families move during the year. Families make plans to be at the home of a relative or a friend, and our team makes sure Santa knows where the children are so that he and his assistants can get the right gifts to the right children.

Most people do not know that the North Pole is a little village in Greenland. There is a long history behind how the mythology of the Norse God Odin became entwined with the Christian Saint Nicholas, but that is a story for another day. Looking for Santa to say goodbye, I found him wrapped in a blanket outside sipping hot dark chocolate and looking at the night sky. Another thing most people do not think about regarding the North Pole is just how long the long winter nights are. During December, there may be less than five-hours of day light. This is hard on Santa because he is one of the millions of people who suffer from Seasonal Affective Disorder (SAD), a depression that comes on as the days become shorter and shorter. As is the case with much about human beings, the reasons for this depression are a mystery. Some people use full spectrum light bulbs during the fall and winter to combat the condition. Santa is careful about his diet around this time and stays busy, and the full spectrum light bulbs. It is a good thing that this is his busy time of year.

One of the things that Santa enjoys is star-gazing. So, tonight, I wrap up in a blanket and join him for hot chocolate and a little conversation. Santa is intrigued by the news that a body from outside the solar system has entered our planetary neighborhood. Where did it come from? Where will it go? What does it know? I have become interested in the phenomenon of dark matter. Again, mystery. Santa says that he too is interested in a phenomenon that one cannot see, yet knows exists because of its effects on other objects. As scientists study dark matter and dark energy, they are looking for the origins or stars and what happens to them once they die.

“It is the age old search for understanding beginnings and endings,” Santa says.

“What about the middle? This is my question,” I reply.

“I suppose it gets to the question of why we exist. It is the age old search for meaning,” Santa says.

“I study ethics,” I remind Santa.” I am interested in how we know what is right to do and how we find the courage to do the right things. I say and say again that the reason for our existence is sustenance and joy, not only for ourselves as individuals, but the sustenance and joy of all of humankind, of nature and creation.”

“The problem is that we as human beings, who have the capacity to contemplate these things, have been deceived into thinking that our survival depends upon the demise of the Other. We think that we are still in a competition that is red in tooth and claw when it does not have to be this way. This is what most of the great spiritual teachers that I have studied tell us,” Santa observes.

“Exactly,” I say. “Rabbi Jesus of Nazareth, a prophet of Islam, the Christ that Christians say they follow taught his followers to love the Lord their God with all their heart, mind and soul and the neighbor as yourself. This is because from the perspective of the Cosmos, and I say Cosmos rather than universe or multi-verse, we are all carbon-based life forms trying to stay alive for the nanosecond in cosmic time that is the lifespan of the oldest of humankind. The Bible tells us that a thousand years is as a day. From this perspective in time and space skin color, nationality, religion, ethnicity, class, abilities, and all the various other ways we divide ourselves have no meaning. It makes no sense at all that there are human beings who are hungry or who do not have healthcare or who cannot afford their prescription drugs or who are denied citizenship to a country because of their religion. It is absolute nonsense to put children in cages or separate them from their parents because of national borders. There are forces at play across distances of time and space that we cannot fathom. They have an effect on all of humankind. Events on the sun can cause a spectacular show of the northern lights. Al of this completely beyond human control.”

“That’s right,” says Santa, “And while we are watching points of light in the sky, stars that are so far away that they may not even exist when the light reaches our eyes, there is a vast black background surrounding all of it. Is there another dimension to that blackness that we cannot comprehend with our physical senses?” Santa asks.

“Yes,” I say with a certainty born of knowledge that comes from faith. “I believe. I believe that the Is-ness that existed before the beginning and that will exist after the end is Divine Love. I believe that Divine Love is the Source. It is the Mystery. It is God. I believe that this Mystery not only knows who I am, but knows my name and loves me with a love that is as infinite and as eternal as the Cosmos itself. And this is why I prefer the term Cosmos. Cosmos indicates order in contrast to Chaos. This too is a leap of faith, especially in the politics of our time both national and global.”

“So, when you look up into the night sky, you see God, Order, Love?” Santa asked.

Santa smiled and nodded. We both fell quiet and watched the stars for a long time in silence.

May you all have a blessed holiday season and a happy, healthy, faith-filled New Year of sustenance and joy!