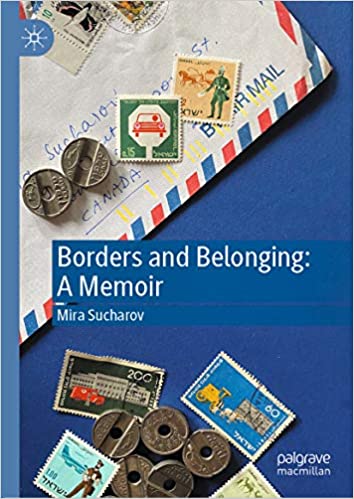 Mira Sucharov’s new memoir does a lot of work. It is an academic memoir, that is, both the memoir of a practicing academic, and a memoir which also strives to make academic points, and show that sometimes personal narrative may supplant footnotes or charts or graphs. It is also a highly personal reckoning with the North American Jewish community and the Jewish State. Both the Jewish community and the Jewish State ultimately betray Sucharov’s expectations or desires. Sucharov opens the book with a story of being cut off by a fellow community member, a friend, the parents of her child’s friend, over her politics. The Jewish community into which she was born, and which nurtured her in so many ways, from which she sought (perhaps still seeks) approval and love, instead brands her as beyond the pale. Similarly, the State of Israel which is the dreamscape of Sucharov’s youth and her young adulthood, reveals itself in all its flaws as not worthy of that original love.

Finally, the book is a revealing and vulnerable narrative of one life lived. A life of happiness and pain, longing and love, danger, illness, and well-being. This story is not separate from the other narrative strands in the book, but, rather ties them together. In all this, the place that serves as Sucharov’s center, her true home and north star, is her Zionist summer camp. That is the place where she is rewarded and embraced for speaking Hebrew well, and for all the parts of her identity. After one summer at camp Sucharov comes to the realization that “…I am yearning for something. Maybe love, maybe romance, maybe admiration, or maybe just approval. I miss camp and the songs and the programs and counselors who make up a world where we’re always watching and always being seen.” (155)

There is courage in this telling. While summer camp supplies the central and perhaps organizing image of the memoir, the central theme of the book is home. As a scholar of Political Science and International Relations, Sucharov is well versed in the literature of Diaspora and especially the relationship between the Jewish Diaspora and the State of Israel. In this book, however, that argument is made through a frank and compelling yearning for home.

Sucharov performs the lack of being at home. Unlike in the regular metier of footnotes, quotes, graphs and statistics—the equipment and emotional shields of the academic life—Sucharov lays bare the cultural, familial, filial, emotional ties, constraints, conditions, loves and hatreds of the life of an academic who is also an active and committed member of the Jewish community. Her whirlwind romance (infatuation?) with the kibbutznik Gitai, falls apart as does her naiveté about the kibbutz when she learns the story of the Palestinian village Fallujah which used to exist where the kibbutz’ fields  are presently located. The two relationships, with the kibbutznik and with the kibbutz, are not easily separable.

A recurrent trope in the telling of this life, this tale, is the recounting of academic credentials and accomplishments, side by side with Jewish credentials and accomplishments, leading to the baffling realization that these signs of legitimacy and commitment are still  not enough for the haters. There Is a New Yorker cartoon which depicts the Jews leaving Egypt as two men speak to each in the midst of the split Red Sea, and one says to the other: “I like Moses well enough, but I wish he had a better position on Israel.” There may never be approval from those from whom you seek it.

The story proceeds by jumping associatively back and forth through time, picking up a thread and then seeming to cast it away only to pick it up again. Her parents’ divorce when she is four, which portends the many ideological and romantic separations to come. Illnesses scary and deadly which lead to a fear of and temporary alienation from her own body. And all the time, the demand to be seen as an upstanding member of… what? The secular Zionist Progressive Jewish Diaspora? It is harder to think of a smaller slice of the ideological pie or affective community than that!  This commitment and belonging leads Sucharov to both go to a demonstration for peace in Tel Aviv and explain why she should not have gone as she is not a citizen and her presence would skew the statistics if one were counting the number of those present as the number of pro-peace Israelis. (This reminded me of the quote attributed to Abbie Hoffman after he learns how many undercover cops had infiltrated the protest movement in Chicago in 1968: “Could it be that it was just the seven of us and ten thousands cops?”) The desire for belonging leads her to want her daughter to learn Hebrew and go to Israel and also to know the truth about Israel and not believe the right wing propoganda, or hasbarah. (I personally relate very much to that tension.)Ultimately we owe Sucharov a debt of gratitude for saying the quiet part out loud. The Jewish community is not a welcoming place for those of us who are not willing to pledge fealty to a right wing vision of Israel, even though we are deeply and inextricably embedded in the Jewish community. With all our credentials, dedication, commitment, and learning, the Jewish community should embrace us. The fact that the community doesn’t is painful. We have not passed the litmus test. The hurt is the bottom line.

Aryeh Cohen, Professor of Rabbinic Literature at the American Jewish University, is the author most recently of Justice in the City: An Argument from the Sources of Rabbinic Judaism (Academic Studies Press). He blogs at Justice-in-the-City.com.