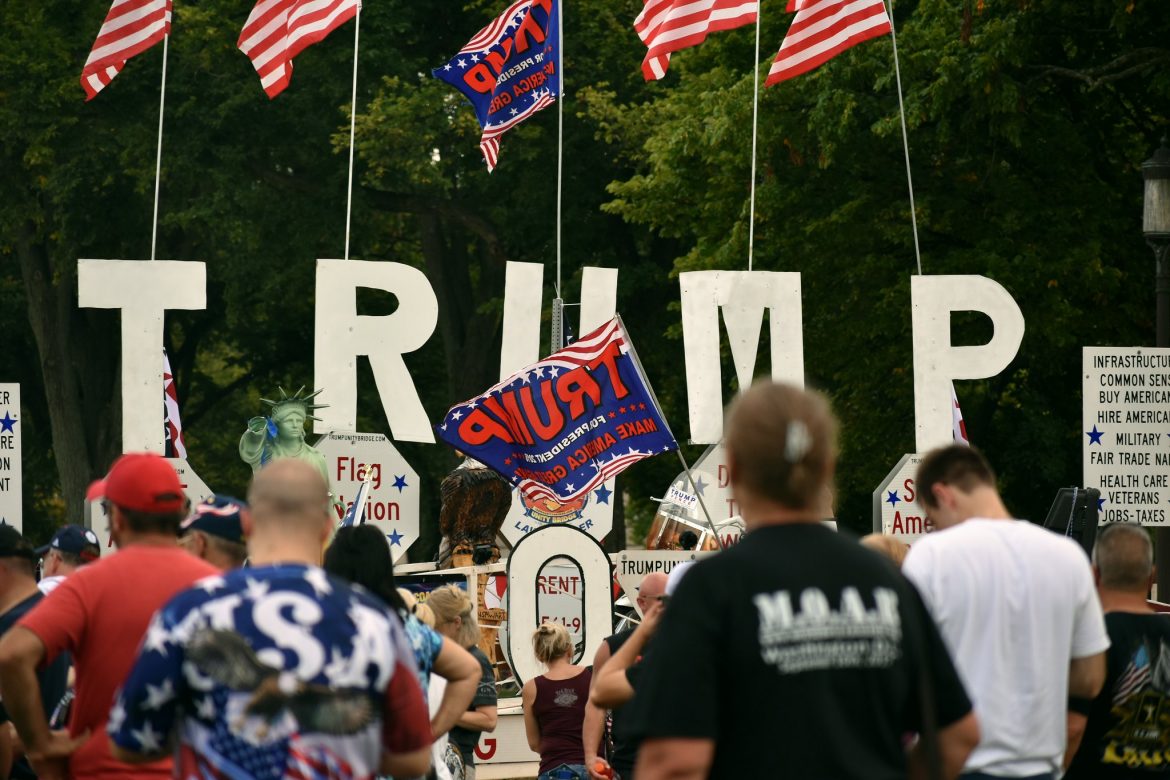 The "Mother of All Rallies" event in support of Donald Trump, Sept 2017. Image courtesy of kelly bell photography/Flickr.

Editor’s note: this information is shared by PRRI Public Religion Research Institute. We at Tikkun are also concerned with the rise in discrimination across the various demeaned elements in American society, with 30% of Americans saying that small businesses should be able to refuse services to gays and lesbians. We highlight the information about Jews because, while there is a high level of recognition among liberals and progressives about the discrimination against gays and lesbians, many liberals and progressives deny that Jews are another such demeaned group, and many younger Jews themselves hold that position and think that it is inappropriate for social change activists to give focus to this issue. It is highly likely that the rise of prejudice across the board toward previously demeaned groups can be attributed to the atmosphere of violence and hate stimulated by the Trump administration and the white nationalist movement to which it has given strong signs of support, and which currently manifests in the vicious attempt to demonize asylum seekers at our borders while escalating attempts to expel “undocumented” refugees living in the U.S. —Rabbi Michael Lerner, Editor, Tikkun

The proportion of Americans who say small businesses should be able to refuse to serve Jews on religious grounds is up seven percentage points (19% in 2019 vs. 12% in 2014). Republicans (24%) are more likely than independents (16%) and Democrats (17%) to say small businesses should be allowed to refuse service to Jews. Support is up from 2014, when only 16% of Republicans and 9% of Democrats supported this sort of service refusal.

Support for refusing Jews service based on the religion of the person seeking services has roughly doubled among white evangelical Protestants (up to 24% from 12% in 2014), white mainline Protestants (up to 26% from 11%), and Catholics (up to 20% from 10%), while the religiously unaffiliated (11% vs. 11%) and nonwhite Protestants (19% vs. 14%) have remained mostly stable in their attitudes on these issues.