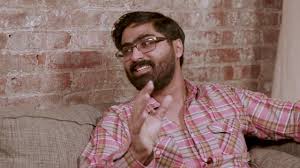 Stick around long enough and you may acquire the type of faith I am happy to host right now: the near-certainty that what comes around goes around, that whatever it is, this too shall pass. Why do I need this flavor of faith? Because so many things seem to be spiraling toward an end-state, confusion is becoming my usual condition. I have a touch of whiplash from—on the one hand—feeling encouraged by the type of resistance shown in massive demonstrations, the election of truly progressive candidates, and essential civil libertarian lawsuits; and—on the other—discouraged not only by the bizarre and disgusting actions of the party in power and its loyalists, but also by the divisiveness, sectarianism, and me-first-ism of a good deal of what could and should be an aligned American left.

Case in point: for several years, I've taken part in an online discussion group for progressive activists and organizers. In the last year or so, many exchanges between participants devolved quickly and hotly, not into ultra-polarized debate on the issues themselves, rather into intense challenges of people's right to comment at all if their identities didn't fit the correct categories of racial classification, gender and sexual orientation, religion, ability, or immigration status, and so on. After piling on increasingly elaborate and granular rules of conduct—to no particular effect—the list went into a "lite" mode, inviting only informational posts, brief queries, and no contention. I don't think anyone wanted the discussion forum to fail, and I doubt that anyone knowingly acted in bad faith. People simply enacted the ideological framework that dominates the world of progressive activism, leaving many with "the sense that we are left with no practice of politics outside of the fashioning of our own personal identities and surveillance of the identities of others."

That's a quote from one of the interesting discussions in Asad Haider's 2018 book, Mistaken Identity: Race and Class in the Age of Trump. I was so happy to discover this book, I want to share it with you.

Haider's book draws on a wide and fascinating set of sources, most of which emerged from black liberation struggles, to question the impact of a politics of identity when in his view, liberation calls for a politics of organizing across identities. He points out that making identity the focus of critical thinking and action masks both very real class differences and interests within categories of identity; it also obscures the potential of common cause. For instance, these are two sections from Keeanga-Yamahtta Taylor's From #BlackLivesMatter to Black Liberation:

The most significant transformation in all of Black life over the last fifty years has been the emergence of a Black elite, bolstered by the Black political class, that has been responsible for administering cuts and managing meager budgets on the backs of Black constituents....

There have always been class differences among African Americans, but this is the first time those class differences have been expressed in the form of a minority of Blacks wielding significant political power and authority over the majority of Black lives. This raises critical questions about the role of the Black elite in the continuing freedom struggle—and about what side are they on. This is not an overstatement. When a Black mayor, governing a largely Black city, aids in the mobilization of a military unit led by a Black woman to suppress a Black rebellion, we are in a new period of the Black freedom struggle.

Haider excels in pointing out how the legacy of antiracist organizing is truly intersectional. He documents how economic justice must be intrinsic to racial justice and vice versa. The two aims are inseparable. When they are separated, they generate error. For example, looking at the legacy of slavery as if it existed as an artifact of racism, undervaluing the role of profit and thus leaving the impression, as he quotes historian Barbara Fields, that "the chief business of slavery were the production of white supremacy rather than the production of cotton, sugar, rice and tobacco.”

Haider is a young scholar; he was a PhD candidate at UC Santa Cruz when Mistaken Identity was published. He begins with his own experience growing up in a small town in central Pennsylvania, of going to school shortly after watching the World Trade Center come down on 9/11 and learning that his Pakistani heritage was felt to earn him the nickname "Osama." Such experiences sent him on quest through the library, discovering Black Panther Party founder Huey P. Newton's biography, Revolutionary Suicide, leading to many other discoveries. Flash forward a few years and Haider watches—not only watches, but tries to awaken response—as some fellow students among the many demonstrating against the University of California's hefty tuition hike in November 2104 destroyed a vibrant, diverse coalition of protestors by channeling energy away from effective action toward debates over correct language, spreading malicious rumors of racism directed against the people of color who'd been facilitating strategy sessions, and splitting students of color into a separate caucus that drastically reduced the scope and power of opposition to the University's policies.

This key incident opens the door to a truly fascinating and illuminating exploration of the roots of identity politics and how far the branches have bent. Haider lets members of the Combahee River Collective, credited with popularizing the term "identity politics" in their 1977 manifesto, explain what they meant by it, quoting founder Barbara Smith in (from How We Get Free, another book by Keeanga-Yamatta Taylor):

Haider braids together many histories and voices, arriving at a conclusion he is certain (me too) is both entirely defensible and will attract heaps of criticism.

Intellectuals and activists allowed politics to be reduced to the policing of our language, to the questionable satisfaction of provoking white guilt, while the institutional structures of racial and economic oppression persisted.

As James Boggs reflected in 1993, "Before the Civil Rights Act of 1964 we may have had the money but we couldn’t go into most hotels or buy a home outside the ghetto. Today the only reason why we can’t go to a hotel or buy a decent home is because we don’t have the money. But we are still focused on the question of race and it is paralyzing us."

Haider sees the separation that has effectively been made between racial and economic justice as a path away from power for most, even as it enriched some. "I define identity politics," he writes, "as the neutralization of movements against racial oppression. It is the ideology that emerged to appropriate this emancipatory legacy in service of the advancement of political and economic elites."

Haider is nowhere near the camp of people like Mark Lilla in his plea for "post-identity liberalism," in which people tone down their opposition to racism or gender-based discrimination and violence—Lilla calls these "narrower issues that are highly charged symbolically and can drive potential allies away, especially those touching on sexuality and religion, such a liberalism would work quietly, sensitively and with a proper sense of scale." In contrast, Haider is committed to building a movement that both opposes all forms of racism and invidious discrimination and organizes in coalition toward collective economic and social justice that crosses all lines of identity.

If you like to know what others think before you commit to a book, google Mistaken Identity to find many interesting reviews and interviews with the author in The Guardian, The Intercept, and other journals. This podcast interview on "The Dig" is a good introduction to Haider's thinking too.

You will learn that Haider is a Marxist (whereas I tend to look askance at any commitment to ideology or theory that ends in "-ist"). If that vocabulary isn't familiar, you'll soon get the hang of it. Haider isn't doctrinaire in a way that interferes with his healthy skepticism and probing inquiry, so don't be put off.

I am very glad I read this book, and I have the idea you will be too.

Keb Mo doing Jackson Browne's "Rock Me on The Water."