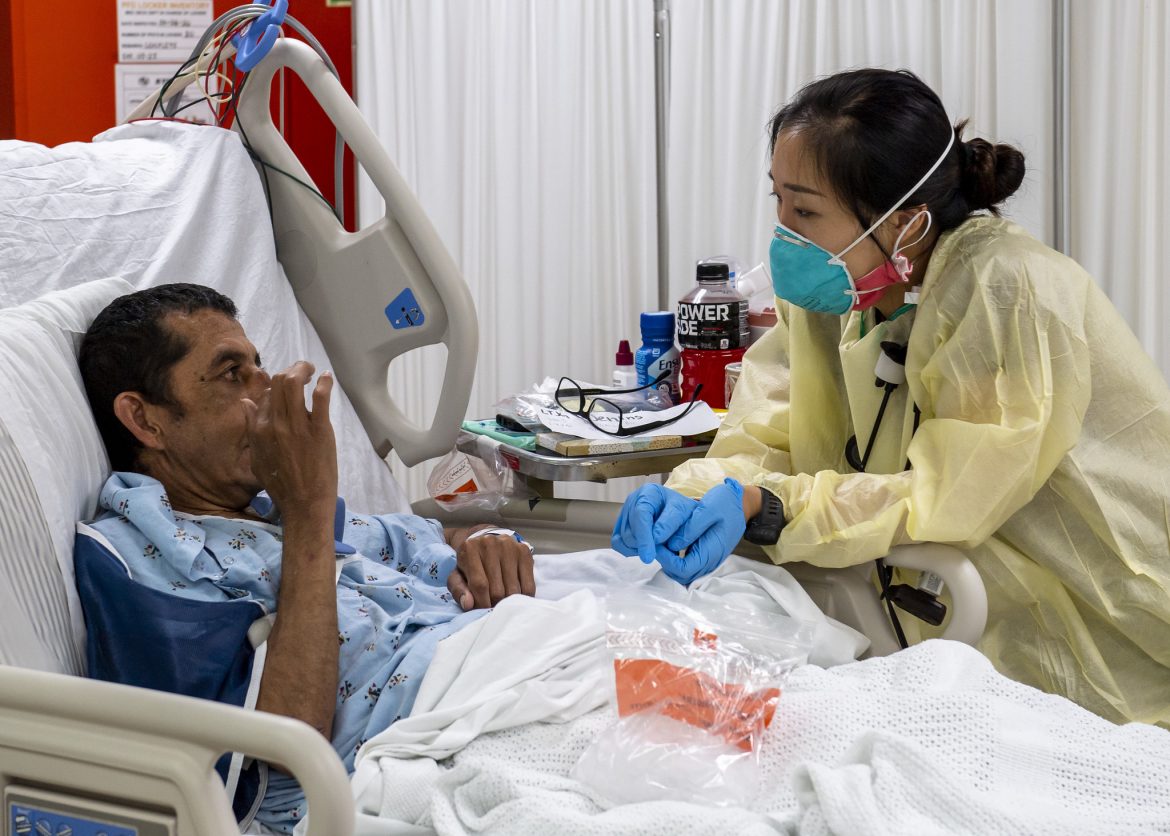 Eight centuries ago, the Iranian poet and mystic, Saadi Shirazi, renowned as a great panegyrist and lyricist, wrote (in translation):

“The children of Adam are limbs of each other,
Having been created of one essence.
When the calamity of time affects one limb,
The other limbs cannot remain at rest.
If you have no sympathy for the troubles of others,
You are unworthy to be called by the name of a Human.”

Saadi’s poem graces the entrance to the United Nations building in New York. His social and moral thoughts remind us of our common humanity, especially in times of calamity such as these.

Every nation has been touched by the COVID-19 pandemic. Neither wealth, military power nor border walls have been able to contain the virus or keep it out.

The retreat from daily life through social distancing and quarantines has forced Americans to confront the glaring deficiencies in the U.S. political and economic system, to reflect on how we got here and ask how we want to live in a post-pandemic world.

One of the primary responsibilities of government is to protect its citizens. In this disaster, the Trump administration has failed and it needs to be held accountable.
The Trump White House, like its predecessors, has viewed U.S. security in entirely military terms. The most virulent threats, however, have not come from huge invading armies, but from hijacked planes and coronaviruses.

Trump has boasted that the U.S. military is the “biggest and by far the best in the world,” and that his administration has spent $2.5 trillion on rebuilding it. His $740 billion military budget request for 2020 includes money for expanding America’s global military presence—essentially for spending on war. According to the Department of Defense, the funding will “…advance an international order that is most conducive to U.S. security and property.”

The Defense Department’s words ring hollow since the most powerful and expensive military in the world, charged with keeping the country secure and safe, has proven irrelevant against a viral threat. Advancing the U.S. version of international order in other people’s countries has done little to protect and secure the lives and livelihoods of Americans.

The needs of America and its people have been neglected in favor of interventionist activities around the world. Since September 11, 2001, the United States has spent $6.4 trillion on wars and military action in the Middle East and Central Asia.

After ten years of war in Vietnam, more than 58,000 U.S. soldiers had perished. Since February 2020 close to 80,000 Americans have died from COVID-19. This alarming set of figures underscores the exigency for radical change.

In addition to providing for the common defense, another imperative of government is the promotion of the general welfare.

For decades, the U.S. economy has favored the financial sector and free markets, through policies beneficial to the rich and powerful. Plutocracy blossomed during the 1980s. Ronald Reagan ran his presidential campaign with the slogan, “Government is not the solution to our problem, government is the problem.” He surrounded himself with individuals devoted to reducing government revenues and services. Grover Norquist, founder of Americans for Tax Reform, who famously advocated shrinking the size of government in order to “drown it in the bathtub,” became the spin-doctor for Republican austerity measures.

Republican belt-tightening and trickle-down economic policies have led to austerity and insecurity for the poor and abundance for the wealthy. America’s health care system is just one example of how reliance on privatization and devotion to profit has led to the unpreparedness, inefficiencies, and inequalities we see today.

As currently structured, capitalism has failed American workers, who, as Bernie Sanders consistently maintained, “live paycheck, to paycheck.” With 30 million-plus unemployed, the question for the future is the kind of jobs they may eventually be asked to return to. Even at close to full employment, yesterday’s workers had jobs defined by low-wages, uncertainty and drudgery.

The catchphrase “We won’t go back to normal, because normal was the problem,” is especially true for the American workforce. COVID-19 has exposed all of the inequalities in the existing system. We now see the importance of good government, the urgency for moral leadership and the critical role of citizens in creating a healthy public sphere.

Class and privilege have shielded many Americans from the impact of war, depression, poverty and other hardships people face around the world. Freed from the numbing embrace of consumerism and given the luxury of the time to think, we are presented with the unique opportunity to be changed and to consider alternative ways to live.

Unlike President Trump, who ruthlessly sees people and the world divided into winners and losers, the pandemic opens the path to a more just and equitable system where all citizens can thrive—a system where we can all be worthy to be called by the name of a Human.