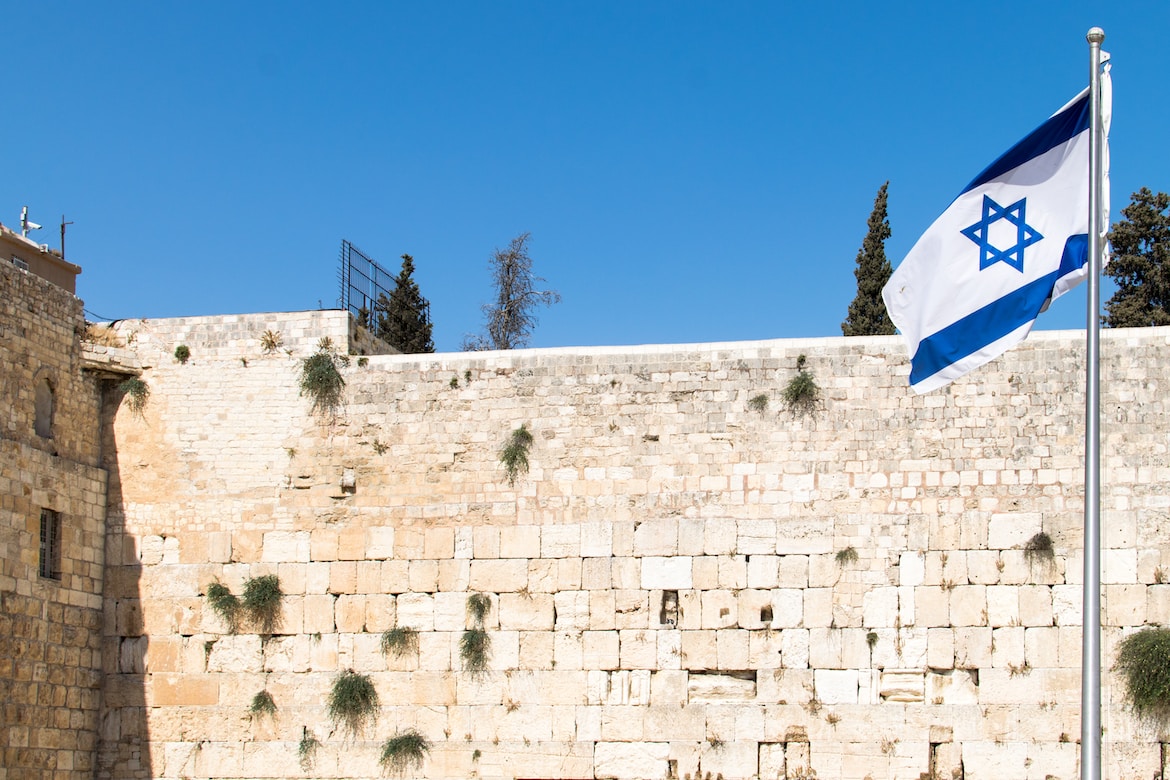 Photo by Benjamin Rascoe on Unsplash

The news out of Israel/Palestine these last few weeks has been devastating – that is, if you are reading Ha’aretz, other “alternative” press, or have connections with people in Israel/Palestine who are following or experiencing what is happening on the ground. It is frighteningly easy, both in the U.S. and in Israel, to have no idea of what is actually occurring there. In fact, when I was in Jerusalem 2 years ago studying at Pardes and Hebrew University, I was amazed to encounter so many Israelis who managed to hide from themselves the brutal impact of the Occupation on the daily lives of Palestinians.

There is so much unnecessary pain and suffering in this world – a world infused with divine energy and force that provides the opportunity for us to live in harmony with each other and the planet. And yet today, I cannot stop thinking about the Palestinian mothers who do not know where their husbands and children are located or whether they are even alive ­– who are struggling to maintain their dignity, homes, and lives in the face of increasing oppression from Israel. And my tears flow in the face of Jewish complicity and silence.

At the same time, my heart is with those in Israel who are enduring rocket attacks from Hamas, rockets reaching as far as Jerusalem. There is no justification for killing civilians. It is a war crime and must be condemned whether committed by Israel or Hamas.

On April 22nd, my Rabbi friend, who lives with his Arab “family” near the Damascus gate wrote on his Facebook page: “It's really difficult to fall asleep when an angry Jewish mob is chanting "Death to Arabs" less than 20 meters away from your bedroom. My neighbors' children are asleep right now: they were screaming in terror a couple of hours ago, as the police and the army were shooting noise bombs in the street.” If you can stomach it or doubt this experience, you can watch a video here.

More recently, Human Rights Watch, a well-respected human rights organization, alleges that Israel is utilizing apartheid policies. Israel prides itself as the only democracy in the Middle East, even while it “systemically dispossesses, confines, forcibly separates, and subjugates Palestinians by virtue of their identity”. This occurs not only in the West Bank (or Palestinian Occupied Territories) but in Israel proper as well.

Under the support and watchful eyes of the Israeli armed forces and with sanctification of the Israeli Supreme Court (which fortunately just delayed the eviction of one family until the Attorney General can decide whether to intervene in the case), Jewish settlers are literally moving into Palestinian homes. Here is a video of a Jewish settler telling a Palestinian living in her home in Sheikh Jarrah, a neighborhood in East Jerusalem, that if he doesn’t steal her home, someone else will. You read that right, his justification for literally stealing her home is that it is going to be taken from her anyway so she might as well accept him doing so. Half of the family’s home was already stolen by Israeli settlers (with a Brooklyn accent) in 2009. You can read more here.

In response to these deplorable actions, Palestinians and Jewish Israelis have engaged in protests in an attempt to protect the Palestinians. Israeli police have use stun grenades and rubber bullets against protestors resulting in injuries largely to Palestinians. They have also used these same tactics against worshippers at Al-Aqsa mosque in Jerusalem.

Jews are moving into, taking over, and stealing Palestinian homes in an effort to further erase Palestinian presence in Jerusalem – to further “judaize” Jerusalem. Imagine for a moment if someone moved into your home and lived in your home uninvited and without any regard for your rights, let alone your dignity and humanity. This is horrific and as a Jewish feminist, I refuse to be silent. Abraham Joshua Heschel said, “Some are guilty, all are responsible”. We just read parsha Bechukotai, in which God tells the people that if they follow God’s commandments, then the people will live freely with abundance on their land. But if they don’t follow God’s commandments, God tells the people of all the horrors they will endure.

Jews have an embodied memory of state-supported pogroms during which Jews were terrorized, beaten, and killed. We are painfully aware of how many German neighbors and friends occupied Jewish homes in Nazi Germany. And yet today, the state of Israel, a state that many identify as a “Jewish state”, is at best turning a blind-eye to the same acts of violence committed against Jews in the past (and at worst, perpetuating, upholding, and participating in it). Our Torah tells us to love the stranger, to have one law in the land for the stranger and the Jew. The horrors we are witnessing in Israel today are both a violation of the Torah’s commandments and morally repugnant. They must be called out by the Jewish community, otherwise we are complicit. You can read more in this statement from the U.S. Rabbi for Human Rights organization, T’ruah.

It is well past time to demand that any U.S. funding to Israel be tied to its human rights record and treatment of Palestinians. The current administration, rather than challenge Israel’s actions, assured Prime Minister Netanyahu that the U.S. is opposed to any International Criminal Court probe of possible war crimes by Israel. Jewish leaders and organizations who believe in human rights, the dignity of all peoples, the teachings of our Torah, and basic human decency need to launch a massive campaign to not only ensure the rights and dignity of Palestinians but also to protect the very soul of our Torah and our humanity.