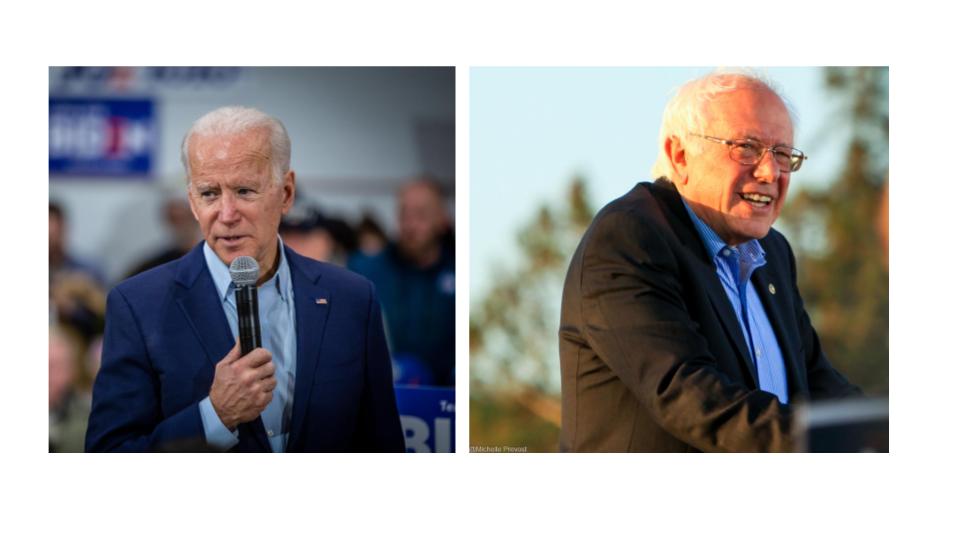 I feel sad this morning. There is blame-slinging all around. It’s all about the last few weeks at the moment, as if all that came before had been forgotten. I’m seeing people blame sexism as the sole cause for defeating Warren, as if her own choices were entirely irrelevant. I’m seeing people focusing on the putative sexism of Sanders supporters, charging that those supporters are solely to blame for Biden’s wins. People speaking with contempt about voters’ choices, as if everyone but themselves were putty in the hands of media manipulators—and on and on as the circular firing squad scattershoots blame.

Please, friends, don’t take this as an invitation to assume a fixed position and fling more blame this way in the hope of winning an argument. If blaming gives you pleasure (and I hope it does not), there are so many other people and places that welcome it. Not me. I surrender. I resign.

My own Facebook feed has seen so much vituperation on Sanders: he’s loud and left (dog-whistle for Jewish), etc., etc. I have been name-called by “never Sanders” folks because I refused to take their views as gospel—many of those views being assertions about Sanders’ sole responsibility for online hostility, as if opposition-led bots and trolls never existed. Sometimes I think irony is dead. But never fear, reductiveness lives on!

When Elizabeth Warren said on national television that in a private conversation Sanders told her a woman wouldn’t be elected, my heart sank. I can’t list the number of times I’ve speculated at some gabfest that U.S. voters weren’t ready to elect a Jew. I venture to say that such conversations have been going on since a large part of the population believed a Catholic couldn’t be elected back when JFK was running—if not before. But we are in a different world now, politics as a gladiator sport. If I’d been a candidate, would someone have told on me? Would that have been my “Gotcha!” moment? And would it have backfired on my opponent as it did on Warren? Is this really the best we can do?

Here’s the meta-question ringing out at the moment: how could they have the audacity to prioritize their own criteria over mine!?! (Irony is dead but I think sarcasm may merely be on the critical list.)

So now I will do my best to support whomever can defeat the excrescence in the White House (whose cruelty, self-regard, and ignorance should by all rights have defeated him by now). If as it seems Biden is the flawed standard-bearer, I hope he has the decency, intelligence, and sense of justice to ask someone like Stacey Abrams to serve as VP, giving someone like me more reason to hope.

But my sadness is bigger than this primary. Despite reams of plausible analysis, I can’t quite wrap my mind about how we get out of the pickle we’re in: a money-driven ego-fest, a terrible electoral system, all of it made far worse by social media—and on and on. As a deep teacher once told me, the reptile brain is now in charge (fear, anger, danger!) and it’s our job to elevate the neocortex, to bring our most evolved thinking capacities to bear on the shitstorm we’ve created.

This entails working on ourselves to check our own anger and fear, eschewing pointless arguments, speaking with each other face-to-face (now more difficult in a plague year), and radically reforming the system that produced the pathetically monstrous current president.

It seems to me that a primitive and violent game has been set in place by those who benefit from our infighting, and far too many people who I otherwise respect have obliged them by playing by their rules, wasting precious time, energy, and caring. Please let’s ask ourselves a different meta-question: have I gotten manipulated into a gladiator contest that only benefits the oppressors watching from the stands? And if so—if there’s even half a chance the answer is yes—please call “Game over!” and shift your attention to whatever matters most.

To me, that’s refusing to be used, helping to persuade the circular firing squads to lay down the guns, working to change the systems that have brought us to this sad pass, and along the way, electing the best available choices, however imperfect.

Jordan Mackampa, “Teardrops in A Hurricane.”