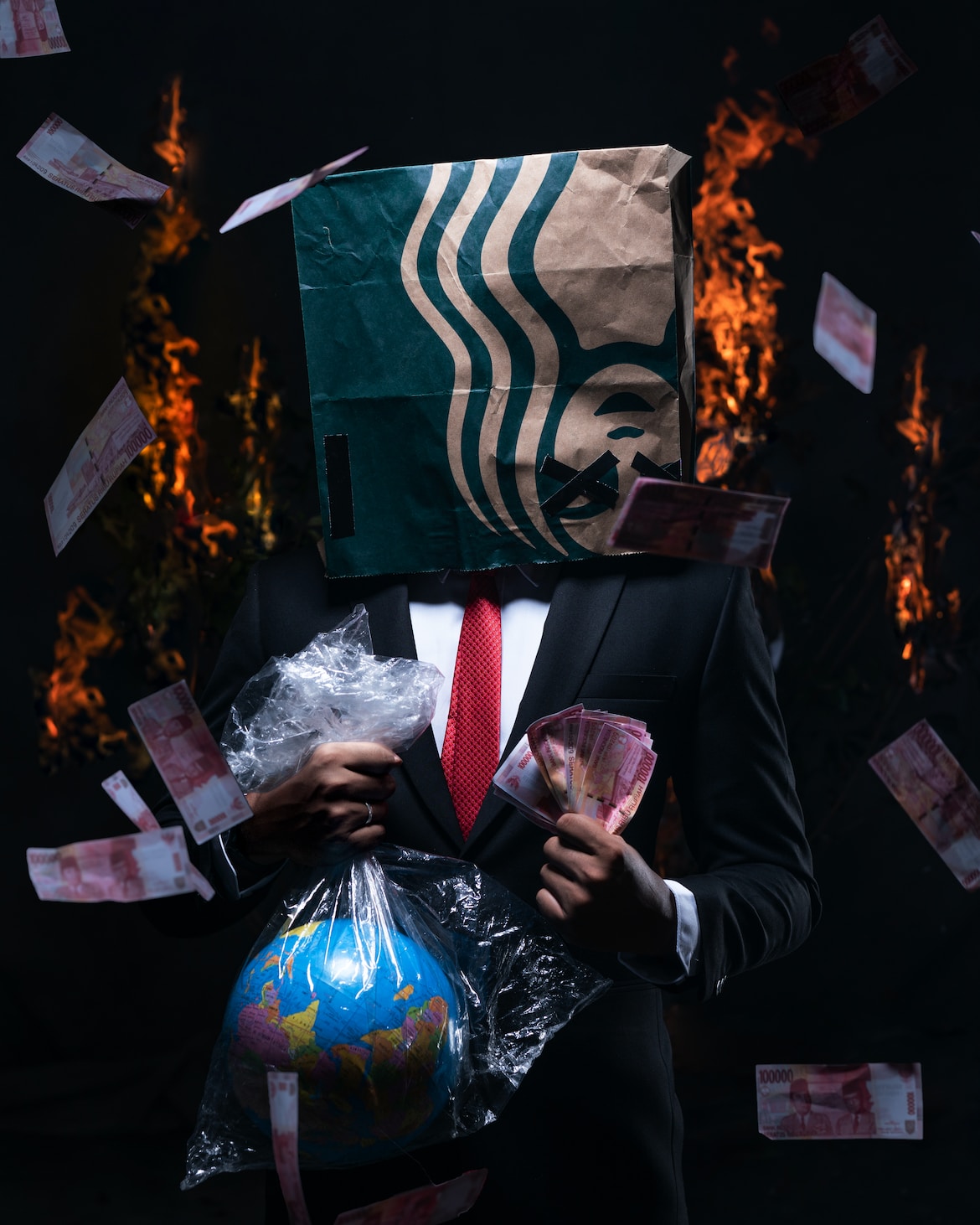 Photo by fikry anshor on Unsplash

There is absolutely nothing “great” about the “Great Replacement.” It is nothing new either.  Its genesis began in the early twentieth century by French nationalists who were horrified at immigrants, largely black and Muslims, seeking refuge in France. In this iteration of noxious hatred, antisemitism was not included among the targeted groups. That would develop later as white supremacist organizations in the United States added the Jewish demographic to their list of scapegoats. This was painfully evident in the chant of white supremacists in Charlottesville, Virginia in August 2017:

“Jews will not replace us.”

Unsurprisingly, immigration from the French colonies was encouraged by French governments to help rebuild France after the devastation of World War II. The miserable living conditions of those in French colonies is rarely discussed as a component that drove immigrants from North Africa to France. However, Algerian psychiatrist and activist, Franz Fanon wrote two compelling books-“Black Skins, White Masks” and "The Wretched of the Earth” exposing the dehumanizing conditions suffered by the native population under the brutal economic model of successive French colonial governments.

The similarities of white supremacist organizations in the United States and those in France are evident. Immigrants arriving here from non-white countries are often met with considerable animus. It is largely indistinguishable from the treatment of Black and Brown Americans already residing here for generations.

The foundation of this animosity must be recognized and acknowledged. It emanates from the “economic tree” that all working people depend to maintain their lives and the lives of their families.

Those who ascribe our social ills to economics are often marginalized as “economic determinists.”  However, the “economic tree” contains branches of every social necessity: access to viable employment opportunities, effective, affordable healthcare, comprehensive, educational opportunities, comfortable, secure housing opportunities,  wholesome nutrition, safe,  punctual transportation, environmentally clean water, air, and land. Certainly, the most important components are wages and salaries. According to the data, Americans are not doing well there, either.

Mainstream corporate media tends to avoid the issue as it may raise challenging questions about our economic model. The numbers though are problematic. The vast majority of Americans are struggling to maintain a moderate standard of living. The “economic tree” is failing most Americans.

The “economic tree” is controlled by a tiny group of oligarchs. Inevitably, the bulk of economic benefits accrues to them at the expense of working people.

To maintain their power and privilege, oligarchs fund reactionary organizations and media who have supplanted most conventional conservative groups. Ironically, conservativism is arguably a historically credible political philosophy now marginalized by reactionary groups, particularly since the advent of the demagogic Mr. Trump and his sycophants.

Reactionary beliefs are replete with racial, ethnic, and gender hatred, as a grotesque distortion of Judeo-Christian theology. “Others” are perceived as threats to the economic model that are defined and funded by the oligarchs. The “others” are merely scapegoats to distract working people from the real source of their discontent.

These organizations then spew the most incoherent and irrational jumble of lies imaginable often without even a nod to common sense.

The fact that inordinate numbers of hard-working, patriotic Americans believe these irrational ideations is troubling. It may be due in part to the “illusory truth effect” that is a common element of our political culture peddled shamelessly by Mr. Trump.

However, a review of the demographic most deceived by Mr. Trump and his sycophants is instructive.

Left Behind or Losing Status

Demographic studies to determine what groups constituted the support of the Trump administration largely rejected the prevailing assertion that Mr. Trump’s success was due to his capturing the vast majority of white American working people. They were identified as those who felt economically “left behind.”  The best-known study was published in the estimable “Proceedings of the National Academy of Sciences”( PNAS) in April 2018.

The PNAS study concluded that “losing status” was the determining factor for much of Mr. Trump’s support by white working people in the 2016 election. The study asserted:

“I find that change in financial wellbeing had little impact on candidate preference. Instead, changing preferences were related to changes in the party’s positions on issues related to American global dominance and the rise of a majority–minority America: issues that threaten white Americans’ sense of dominant group status.”

“Results do not support an interpretation of the election based on pocketbook economic concerns.”

The study is a peer-reviewed paper impressive in scope and detail. However, the questions posed do not really address the wider ramifications of  “losing status.”

If loss of status is the determining factor for much of Mr. Trump’s political support, then it must be specifically defined.

“Mississippi Burning” was a 1988 film. In the film, there's a conversation between two FBI agents. One resides in the North and asks the initial question of the other agent who grew up in the South. His answer is instructive in explaining the economic rivalry of low-income whites and blacks historically created by U.S. oligarchs to distract them from their common economic interests.

"Where does it come from, all this hatred?
You know, when I was a little boy,...
..there was an old Negro farmer lived
down the road from us, name of Monroe.
And he was... Well, I guess he was just
a little luckier than my daddy was.
He bought himself a mule.
That was a big deal around that town.
My daddy hated that mule.
His friends kidded him that they saw
Monroe ploughin' with his new mule...
..and Monroe was gonna rent
another field now that he had a mule.
One morning that mule
just showed up dead.
They poisoned the water.
After that there was never any mention
about that mule around my daddy.
One time we were drivin' past
Monroe's place and we saw it was empty.
He'd just packed up and left, I guess.
Gone up North or somethin'.
I looked over at my daddy's face...
..and I knew he'd done it.
And he saw that I knew.
He was ashamed.
I guess he was ashamed.
He looked at me and he said...
.."If you ain't better than a n*gger,
son, who are you better than?"
Do you think that's an excuse?
No, it's not an excuse.
It's just a story about my daddy."

This anecdote reveals that beneath the surface of the status between the black and white farmers suffocating in poverty was an economic commodity--a mule.

Any study not addressing the subtle question of what status actually means to people and does not press for the details is perforce flawed.   Implementing remedies that only address the symptoms of our economic model cannot hope to advance to a fair and just society.

There is a moral basis for creating societies that do not manifest the amount of organized fear and hatred that presently wafts through some areas of the United States.

Discrete religious or spiritual entities have identified remedies for our most serious challenges. Their historical participation contributed notably to the Labor Movement,  the Peace Movement, the Civil Rights Movement, the Environmental Movement, and the Women’s Movement.

However, most of these organizations are reluctant to address the fundamental cause of our social ills which is our economic model. Their default position gives agency to the myths of those who fear being the object of “replacement.”

Moreover, the current conditions of our “economic tree” are in such a precipitous decline that it is exacerbating white supremacist organizations’ fears that they are indeed being “replaced.” It is in fact occurring, but not how they imagine.

This is “replacement” by deprivation.

Americans largely blame themselves, rather than the structure of our economic model. Moreover, the oligarchic hucksters manipulate and re-direct that self-blame to scapegoats of those who would ostensibly “replace’ them.

The World Happiness Report is an authoritative summary that identifies the components of a country resulting in the most contentment for the most amount of people in that country.

The criterion measured transcends the conventional measures of Gross Domestic Product. It is a remarkable report that demolishes the myths perpetuated by oligarchs whose primary concern is their own power and   privilege. The United States ranked 19th on the 2021 Happiness Report. Considering the magnitude of economic resources available in the United States this ranking can only be described as abominable.

The Organization for Economic Cooperation and Development

The Organization for Economic Cooperation and   Development (OECD) also studied the factors determining happiness; in particular by creating a “Better Life Index” allowing the user to view and compare 80 indicators of better living in the 37 OECD countries and 4 partner countries. 11 dimensions are analyzed in importance: