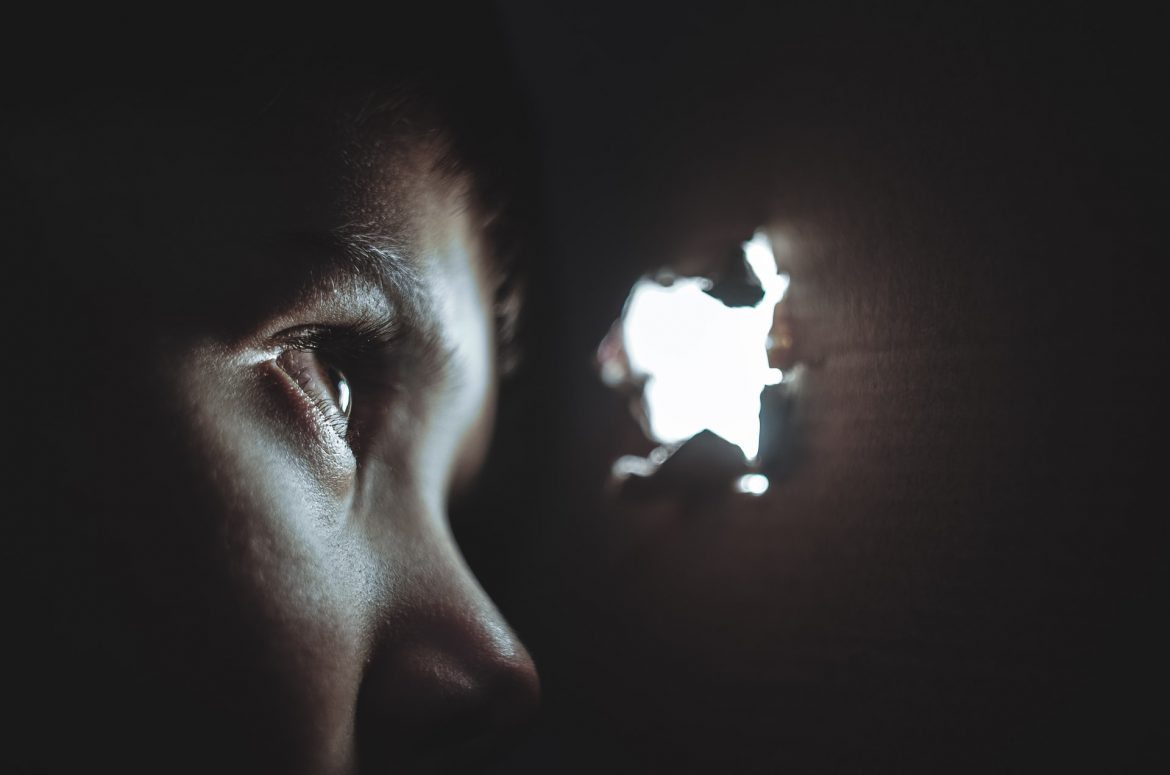 Photo by Dmitry Ratushny on Unsplash

In 1578, while jailed in a Carmelite monastery for his attempts at reforming the order, Saint John of the Cross penned his famous poem, Dark Night of the Soul.  He was living in a cell measuring barely ten by six feet, without a lamp or a change of clothes, dragged out weekly for public lashings.  In the poem, and in later commentaries on it, he described the soul’s journey through darkness to illumination: “Everything seems backward… You can only understand by not understanding.”  Sounds rather like 2020, doesn’t it?  Yet it is only through surrender, said Saint John, that darkness eventually opens into illumination.  Which begins with just the occasional glimmer.

I’ve had some experience with darkness.  My latest encounter began in the fall of 2019, following a series of difficult events.  Old trauma coupled with crippling anxiety left me unable to sleep, which exacerbated the anxiety and drove me further into a hole.  I plunged headlong into a swamp of fear, shame, and self-loathing.  I stopped teaching, stopped coaching, stopped working on my novel.  My life came to a screeching halt.  It took all I had to stay out of the grip of terror, and most days I failed.  With my nervous system stuck in hypervigilance, I was exhausted beyond belief, but I couldn’t rest.  Every day was a mountain: How would I clamber through the next hour?  Who or what would arrive to rescue me?

This wasn’t my first time at the rodeo, either—not by a long shot.  I’ve written and taught on the theme of the “Dark Night of the Soul,” after all.  I just thought I was done by now.  Apparently not.

After five months of this, COVID hit.  I watched as everything around me shut down, as friends grieved their old lives.  Meanwhile, for me, not much had changed.  My life was still hell.  It was just that now everyone else appeared to have entered some form of hell.  But while social distancing measures meant I was more isolated than ever, on a psychological level, the sense of alienation began to fade.  All of us were incapacitated to some degree, wading through sinkholes of fear and grief.  Being unemployed was now commonplace, rather than mortifying.  The heavy layer of shame—of an intensely personal inadequacy—began to dissipate.

I kept doing what I was already doing: a ton of inner work.  Inquiry, somatic experiencing, talk therapy, authentic movement.  Doing my best to surrender to the unknown.  To love even this version of myself.  Just because I’d been here before didn’t make it any easier: I was still terrified it wouldn’t end, that I was permanently and inexorably debilitated, that the pain I felt throughout my nervous system would never abate.  But slowly the glimmers began to come through.  The more I let go of trying to make it otherwise, the more I began to see the ways I’d changed.  Or rather, been changed.  As my teacher, Byron Katie says: We don’t let the thoughts go; they let us go, when we inquire.  I’d inquired into some very old wiring, and to my astonishment, it had frayed.  Now I am emerging, once again, changed.  I’ve resumed writing, resumed teaching, and coaching.  I’m still tired, still faltering at times… but stronger.  Humbler.  With a lot more internal space, and a lot more self-acceptance.

Saint John of the Cross gave a name to an experience we have no name for in this culture.  Nor is the concept unique to Roman Catholicism; as Joan Halifax has written, “The most usual pattern of shamanic initiation in older cultures involves the experience of a catastrophic encounter with psychological and physical suffering. . .  The encounter with illness, suffering, and death not only opens the [sacred] world . . . to the shaman, it also provides an experiential ground for the work of social, personal, and environmental healing that the shaman will later be doing.”  In other places and times, there are names for these kinds of crises, and they are seen as tremendous opportunities, windows of great transformation.  But not here.  Here we call them breakdown or depression or anxiety.  Here we pathologize them, stigmatize them, do our best to make them go away.

But in doing so we rob ourselves of the great treasures they can yield.

The way I see it, we’ve been moving through a collective dark night of the soul.  Encountering illness, suffering, and death on an extraordinary scale.  For many of us, the pandemic dismantled the scaffolding of our lives.  We had no choice but to surrender to this new reality.  And in the process, we were made to face ourselves.  To negotiate the places our lives were not working and make some hard changes.  This is rarely work we choose; invariably we are forced into it.  But when we do it, we are ourselves changed.  Deepened.  Expanded.

Now we are seeing the light at the end of the tunnel: there are vaccines, and they are being widely distributed.  Numbers of deaths are steadily dropping.  In my own experience, this transitional phase—back into “normal” life—can be particularly challenging.  Because the old habits are still there, and they still have power.  The old me wants things to “work” just like they did before, where I could push through or distract myself from the pain.  But I don’t seem to be able to get away with it.  I contract an infection or get hit by overwhelming fatigue.  And so, one stumbling step at a time, I am taught—by the limits of my body, my own personal ecosystem—new habits.  Better ways.  This transitional time is crucial, as it provides the groundwork for lasting change, for living out my insights.

Collectively, we are now entering such a transitional time.  The glimmers have been coming thick and fast: democracy prevailed, and we have an administration actively addressing this crisis.  Sooner or later the pandemic will end.  But what of climate disruption?  What of our massive economic and social divides?  Do we really want to return to “normal?”  Working too much, consuming too much, anesthetizing or repressing the deeper layers of our being?  Upon emerging from this, many of us will get to choose.  We stand at one of those powerful windows, a time of great potential.  Can we hold this past year as experiential ground for much-needed social, personal, and environmental healing?  Can we creatively apply the insights we’ve reaped?  Follow the glimmers into a better future?

Marisa Handler is the author of the award-winning memoir Loyal to the Sky: Notes from an Activist. Her work has appeared in numerous publications, and she teaches Creative Writing at Mills College and Stanford. www.marisahandler.com