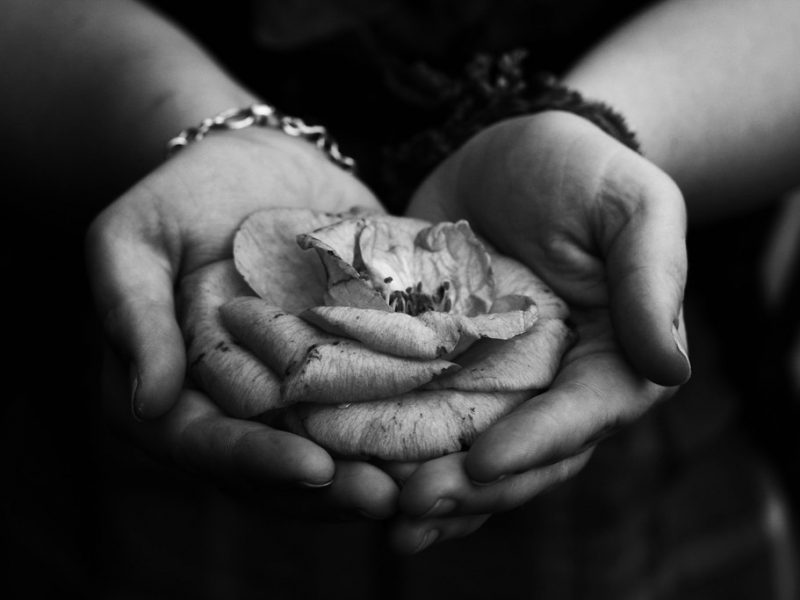 In a time of global uncertainty, Rev. Dr. Alton B. Pollard III stresses the need for unshakeable spiritual leadership.

Pregnancy as Risk: When Access to Care Really Matters

MaryAnne Mercer shares a riveting story about the tragic results when mothers-to-be do not have access to quality healthcare and reminds us of the importance to fight for universal care for all.

80 Years Since the Holocaust Began – Can We Stop Fascism Today?

Martin Winiecki explores how to address the rising fascism in Brazil and around the world.

The War on Neighborhoods

In his review of Ryan Lugalia-Hollon and Daniel Cooper’s The War on Neighborhoods, Theodore Richards breaks down the false dichotomy between individual and community.

Stephen Brookfield reviews “Backlash: What Happens When We Talk Honestly About Racism in America” by George Yancy and reflects on the importance of understanding identity within a racist system.

On the 50th Anniversary of Martin Luther King, Jr.’s Assassination

On the 50th anniversary of Martin Luther King, Jr.’s assassination, Peter Gabel reflects on the history of racism in the U.S. and our failure to exist in mutual recognition of one another’s being.

Louis Farrakhan, Meir Kahane, and the Politics of Purity

Shaul Magid addresses the corrosive, divisive nature of purity politics on the left and why a more nuanced approached is needed.

Cat Zavis reflects on what healing and reconciliation can look like when anti-Semitism (or any other -ism) rears its ugly head.

Rabbi Michael Lerner writes: “…at a vigil to honor the Charolttesville victims I attended last night in Berkeley where the fascists promise to hold their next large rally August 27th, I encountered not only sadness, but fear and confusion as many yearned for a coherent strategy that the American Left sorely needs.”

After dinner his father would sit across the formica kitchen table and fire words at him. Bellicose, symbiosis, cartilaginous, revenant. The rule was, he did not have to go to bed until he got a word wrong.

Obery Hendricks on MLK jr. and His Legacy

Editor’s note:  Having just returned (Monday, Jan. 16, 2016) from participating in a demonstration and march in Oakland, Ca. today in honor of the birthday of Martin Luther King, Jr, I was glad to receive this submission to Tikkun  (below) by African American studies professor (and Tikkun magazine author) Obery Hendricks. It is an important counter to the kind of rhetoric and tone I heard at today’s demonstration. At the rally before the march began  I heard one of the M.C.s ask the crowd to repeat “we will win by ANY MEANS NECESSARY” — a slogan I first heard from the Black Panther Party in 1968 — in clear attempt to repudiate King’s message both then and now about how to fight racism.

Close Encounters of the Dangerous Kind :

The list is a compilation of thirty cases of unarmed African women and female children and the violent encounters they experienced at the hands of law enforcement agencies from every region of the United States. This list is an excerpt of a “Shadow Report” that I am in the process of preparing to be submitted to the United Nations human rights treaty bodies over the next five years of periodic treaty review in New York and Geneva, Switzerland. Cases that are listed here are noteworthy in the current national discussions about the Black Lives Matter movement. While most of the Black Lives Matter discussions and media attention have focused on the foul law enforcement treatment accorded to African American men and boys, very little attention or scrutiny is being devoted to the alarming numbers of African American women and girls who are often treated even worse than Black men in unarmed encounters with police officers. An example of this is the rough physical treatment that mothers, girls, and pregnant women experience.

In the new Black Lives Matter Platform, there is a section on International issues that focuses on Israel. The platform describes the current  oppression of Palestinians and the ongoing occupation by labeling it genocide. The use of this term, ‘genocide’, stirred up enormous upset amongst many Jews, both from the mainstream Jewish community and the progressive Jewish community.

Many Jews alive today had relatives who were murdered in the Nazi Holocaust in the middle of the 20th century and find the use of the term genocide  to describe what is happening to Palestinians offensive.  Some Jews (like the JCRC of Boston) responded by saying they will now have nothing to do with Black Lives Matter.  Other groups, Truah, for example, took offense with the use of the term genocide but called for continued support of Black Lives Matter and ongoing dialogue about the disagreements.

Is Violence Justified to Resist Racial Oppression? Editor’s Note: While I disagree with the author’s argument for use of violence to resist oppression, I do think that his points have validity and that those of us who believe in the sanctity of human life must confront the complex realities facing oppressed peoples in the US and around the world and come up with effective strategies so that people do NOT resort to violence. I believe we have done that with our interfaith and secular-humaist-and-atheist-welcoming NSP– Network of Spiritual Progressives (particularly thorugh the strategies inherent in the Spriitual Covenant with America www.tikkun.org/covenant, the Global and Domestic Marshall Plan www.tikkun.org/gmp and the ESRA–Environmental and Social Responsibility Amendment to the U.S. Constitution www.tikkun.org/esra, we are in a weak position to effectively counter those who resort to violence until a lot more people who agree with our approach actually join our NSP and begin to develop active chapters that push for these programs, liberal foundations start to fund us, and people with some disposable income begin to financially and politically back our activities, including our Empathy Tribe notion described in the editorials of our Summer 2016 and Fall 2016 issues of Tikkun Magazine.  I should also point out that violence by the oppressed frequently leads to more violence, either the overwhelming violence of the oppressors who have control of the armies, or, in the few instances where the oppressed actually succeed in violently overthrowing their oppressors, they all to often have then created societies in which they use violence to perpetuate the new regime they have created, thereby oppressing others. –Rabbi Michael Lerner

Former Judge William Boardman of Windsor County, Vermont – is well known in the progressive community for putting politicians of both major political “parties” on the spot…

IMAGE [ http://readersupportednews.org/images/stories/article_imgs21/021787-barack-obama-071016.jpg ]
President Obama observes a ceremony to honor NATO soldiers at the NATO summit in Warsaw on Friday.

Join or Donate Now! STOP THE VIOLENCE! We mourn all the victims of violence, including the large volume of violence against people that goes unreported and underreported, including poor people and people of color, but also we mourn for the very few police officers who have been hurt or killed by those outraged at the way police have been harassing or murdering members of their community, their people, their race, etc. EVERY HUMAN LIFE IS PRECIOUS. None of the violence is ok.