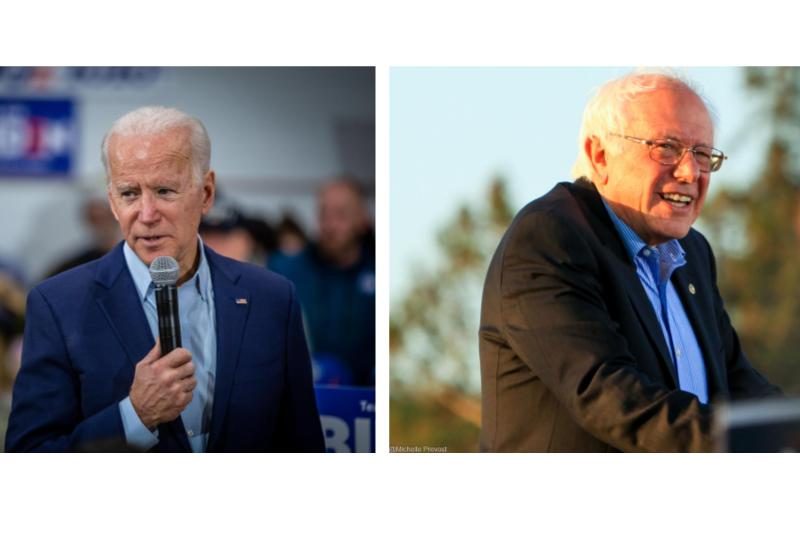 Shaul Magid argues that the primaries will shape which worldview will predominate in public discourse in the coming years, so don’t make it about the specific strengths or weaknesses of the current candidates that are articulating these different worldviews.

In May 2016, The Shalom Center began exploring a proposal to make the year from April 4, 2017, to April 4, 2018, an American Jubilee Year of Truth and Transformation — through action as well as emotional and spiritual reflection and repentance.

Editor’s note: Having just returned (Monday, Jan. 16, 2016) from participating in a demonstration and march in Oakland, Ca. today in honor of the birthday of Martin Luther King, Jr, I was glad to receive this submission to Tikkun  (below) by African American studies professor (and Tikkun magazine author) Obery Hendricks. It is an important counter to the kind of rhetoric and tone I heard at today’s demonstration. At the rally before the march began  I heard one of the M.C.s ask the crowd to repeat “we will win by ANY MEANS NECESSARY” — a slogan I first heard from the Black Panther Party in 1968 — in clear attempt to repudiate King’s message both then and now about how to fight racism.

What Will be the Future of the Democratic Party?

The 2016 election may be the most confounding political event in living memory. And the need to understand it is urgent. That a candidate so obviously lacking in virtue, principal, and understanding of the world beyond his own narrow ambitions should break out from the large field of Republican contenders and win the nomination speaks volumes about the failure of the Republican establishment to offer a credible vision for America’s future. That so many Americans would choose an outcome that is so obviously to their detriment calls for an explanation. And on the other hand, that the tone-deaf Democratic Party establishment considered Hillary Clinton entitled to their loyalty may at first be understandable.

Why Those Who Cherish Martin Luther King Must Oppose Donald Trump

Overcoming Bitterness and No Longer Assuming the Worst of Democrats

For decades, I have been obsessed with exposing the Clintons and like-minded Democratic politicians’ dangerous foreign policies, challenging liberal naiveté that ignores or excuses such hawkish proclivities, and underscoring the need to withhold support until they embrace more responsible positions. What I am belatedly discovering, as this campaign season is drawing to a close, is that while such concerns are not without merit, such efforts have ended up contributing to what may be an even bigger problem: the anger, frustration, cynicism, self-righteousness, isolation and other self-defeating tendencies on the left. It was such attitudes that played a decisive role in the narrow election victories of Richard Nixon over Hubert Humphrey and of George W. Bush over Al Gore and over John Kerry, resulting in horrific consequences to millions of people in the United States and the world. Indeed, it could possibly even lead this coming week to the most disastrous outcome of all: the election of Donald Trump over Hillary Clinton. It was twelve years ago, at the 2004 Tikkun conference near Washington, DC and in a subsequent edition of the magazine, when I bitterly attacked Democratic nominee John Kerry—in hindsight, the most progressive candidate the party has nominated since George McGovern—in ways that fed such perspectives.

“Fighting in the Captain’s Tower”: In Defense of Bob Dylan’s Nobel Prize

Bob Dylan won the Nobel Prize in Literature for songwriting. He is a poet, but his medium is not the page. So yes his lines read different when you take away the music. But by reintroducing poetry to an existing popular musical genre, Dylan opened up possibilities for all poets. What Dylan understood very early is that in an electric age, poetry cannot survive without song.

The Master of the Good Name

The Master of the Good Name who only lived for prayer, trembled by the holy ark because a Name so pure was more than a body could bear.

Earlier in the week, it appeared that the House Democrats felt helpless and perhaps hopeless about the gun situation. Every attempt to pass even small steps to decrease the number of gun deaths have been met with staunch and unflinching opposition from a legion of Republicans walking in lockstep. It took a filibuster in the Senate even to get a vote scheduled, and the House, without filibuster rules, was left with no choice but to break the rules in order to be heard.

Although Ryan claims that the budget offers a “better way” to address widespread poverty and near poverty in the United States, this approach to policymaking is anything but a better way. In actuality, it is an egregious transgression of the foundational ethical principle of every major religion: loving our neighbors and caring for their needs as if they are our own.

Judaism Unbound (http://www.judaismunbound.com) is a project of the Institute for the Next Jewish Future, a project that catalyzes and supports grassroots efforts by “disaffected but hopeful” American Jews to re-imagine and re-design Jewish life in America for the 21st Century. In the third of a four-part series discussing the Jewish future in America, Shaul Magid discusses his 2013 book American Post-Judaism and explores various challenges that face Jews and Judaism in America in the next generation. Focusing on the idea that America is moving into a post-ethnic phase whereby ethnicity no longer defines collectives the way it once did, Magid talks about various new forms of Jewish spiritual practice, syncretism and hybridity with other religions, the role of the non-Jew in the Jewish community, the developing role of the Holocaust and Israel in American Jewish life, the cresting of Habad’s influence, the normalization of intermarriage, the contributions ex-haredi Jews can make to American Judaism, and two models he calls “survivialism” and “spiritual humanism” that have emerged as competing paradigms in the 21st century.

Throw the (Good) Book at Them: Changing the Conversation about Justice

Romain Dukes says President Obama has given him his life back. Expecting to spend the rest of his years in prison after being convicted in 1997 of distribution and conspiracy to distribute crack cocaine, Dukes is among the forty-six individuals who had their sentences commuted in July. Jason Hernandez says the same thing; sentenced at age fifteen to life without parole for his part in a drug conspiracy, he’s been out since 2013 after the president commuted his sentence. Hernandez works as a welder (a trade he learned in prison), and mentors juvenile offenders at Café Momentum in Texas, eager to make a difference in the lives of these teens:
I hope one of these days when they ask the president, “What were some of your greatest decisions?” And when he names the Affordable Care Act and the other accomplishments that he has done, that he also says, “You know what? There’s also the Clemency Initiative and that one Mexican kid, named Jason Hernandez.

Net Neutrality and the Fight for Social Justice

Net neutrality is not just for techies. The digital roots of the Black Lives Matter movement show why we must fight to keep the internet open to all.

Tikkun Needs a Fiction Editor — Might It Be You?

Our readers are largely interfaith, sophisticated, and busy — so we need someone to find us fiction that is compelling or wildly humorous or deeply spiritual or in some other way touches our souls or our funny bone.

Discover the real Richard Goldstone in this video from Tikkun’s 25th Anniversary celebration on March 14, 2011 in Berkeley, California:

in Michael Lerner’s introduction of him, explaining why Tikkun chose to give him this award that has gone to a select number of progressive heroes in the past and
in his own words, as he talks about the rights of civilians to be protected, even in war. [youtube: video=”rG_58B_y014″]