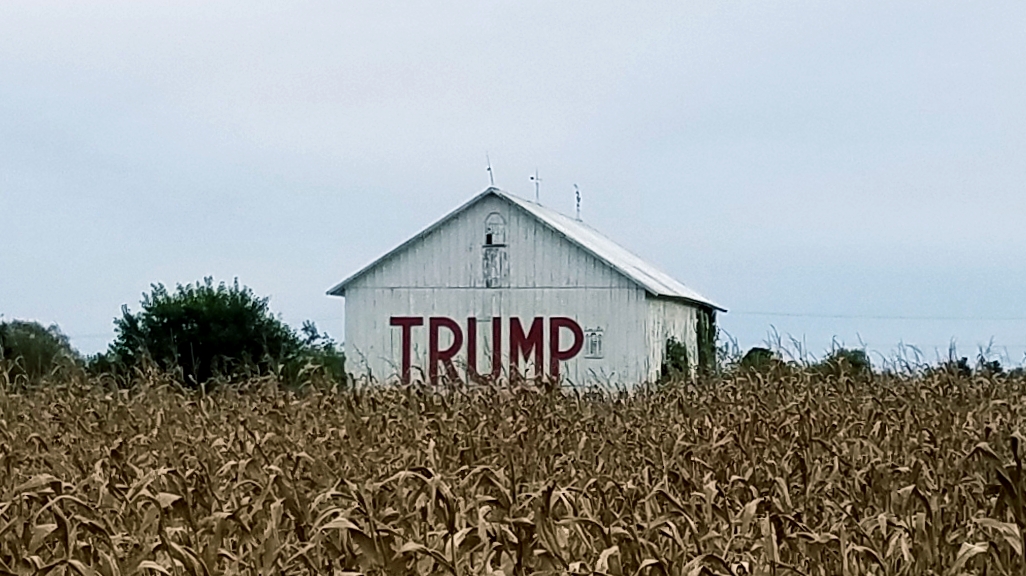 A farmer in the Midwest, a Donald Trump supporter in 2016, complained last week that his farm was in danger of going bankrupt owing to the combined effects of climate change and the tariff-wars, initiated by Trump, that have caused corn and soybean prices to collapse while increasing the costs of necessary Chinese chemical and aluminum goods. Asked if this has made him regret his vote, he replied, “Absolutely not. I’ll stand by President Trump till the end.”

Many liberals and progressives are baffled by this kind of loyalty, unable to explain to themselves why people would so obviously “vote against their own interests.” Some then conclude that this must mean that Trump supporters like this farmer are either stupid, or uneducated, or racist, or are suffering from some other irrational trait.  It often does not occur to these critics that these Trump supporters are actually not voting against their interests, but rather that their interests are different from what the critics think they are.

Like the rest of us, this Trump supporter lives in a psychospiritual, social field in which he is under-recognized as a human being. He is not embraced and loved and supported by the world of others that surround him. Instead he has learned to cover up his longing for such a world, erect a “tough” outer self that assures he will not be humiliated by the other’s rejection of any vulnerability he might reveal, and fight it out in the alienation of the competitive marketplace. To compensate for not feeling seen, for not feeling embraced and loved as a whole human being, he has come to take pride in his tough outer self, and has compensated for his experience of lack of true, embracing community by coming to believe in an imaginary community: his family, the nation, God.

When Donald Trump says he’s going to make America great again, he is saying to this farmer: “Don’t feel isolated and humiliated as you struggle to survive physically, to feed your family, and to seek the social recognition that would make you feel like you’re worth something. I am here to respond to that sense of isolation and worthlessness, providing you with participation in an imaginary community that will make you feel great again.”

That is why the farmer’s loyalty to Trump “till the end” is actually in his interests rather than against his interests. The farmer may lose his farm because of this or that Trumpian economic policy, or even because of the end of the world due to a Trump-initiated nuclear war or a climatic catastrophe for which Trump is partly responsible. But he would rather have his physical world collapse than exist with the feeling that he is worthless, unseen, unloved in his essential Being, in his essence.  Pledging his support “till the end” in a way reveals that very determination not to be humiliated, isolated, demeaned, no matter what. He wants to be part of that America, where is recognized as great again, as was his birthright, and he’s ready to die for it if necessary.

And this same psychospiritual motive makes it rational—from within the pain of his world as he experiences it—for the farmer to support Trump’s wall on the Southern border and Trump’s Muslim ban and Trump’s potential wars against Venezuela and Iran. For from this farmer’s point of view, what is keeping America from being great are “the others”, the non-Americans in his imaginary world, who are threatening “America” with dissolution by invasion or infection or evil deeds.  He is upset, perhaps enraged, that the “liberal elites” want to help these very people who are threatening to take away his sense of community, that substitute imaginary community where his tough outer self is affirmed for its toughness and is joined to the other “Americans” out there with whom he is together in his mind.  Do these liberal elites who normally run the country care about him and his sense of worth and value? No! They seem to care about everybody but him, but nothing has indicated that they care about him. In fact, they call him stupid, uneducated, a racist.

But President Trump has at last broken through all that. He has taken power away from those who would isolate, humiliate, and demean the farmer. He has provided the farmer with the sense that he cares about him, cares about his inner feelings of not being seen, and will reverse that haunting inner humiliation by catapulting him upward toward the fullness of greatness (however imaginary that greatness is).  And as long as the farmer has no true and real alternative where his fear of humiliation can be gradually overcome and where his longing to participate in a truly caring and loving world can begin to be realized,  the farmer will stand by President Trump “till the end.”

It is up to those of us who want to defeat Trump to offer this farmer the recognition and active indicators of care that addresses the truths of his life. This begins with actually recognizing and caring about him as a human being who exists in relation to us, only followed by social policies that embody this genuine feeling and commitment.

8 thoughts on “Anatomy of a Trump Supporter”

Leave a Reply to Who Cares Cancel reply