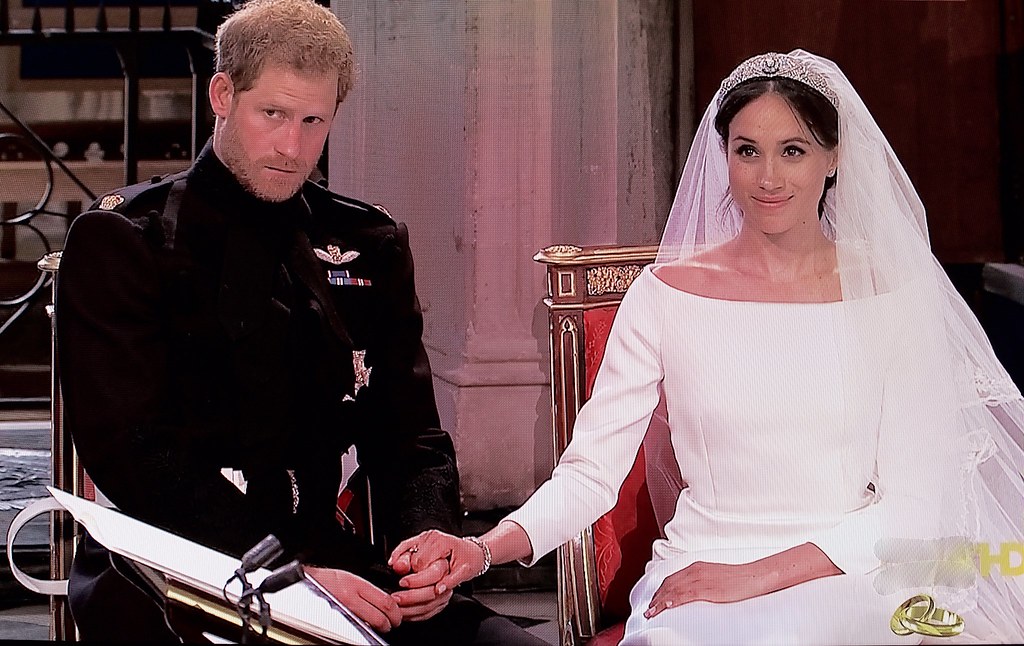 "Prince Harry & Meghan's Wedding" by Tone'o is licensed under CC BY 2.0

As I write you this letter, I, along with countless people around the globe, are mourning the deaths of Kobe Bryant and eight other people who died Sunday in a helicopter crash. Much like yourself, the world has been interested in Kobe most of his life. He was a basketball star in high school and then went straight from high school into the NBA where he had a legendary career. He died with his daughter Gianna, and two of her team mates and their parents – Alyssa Altobelli, her father baseball coach John and her mother Keri, Peyton Chester and her mother Sara – Christina Mauser, a girls’ basketball coach and the helicopter pilot Ara Zobayan. I include the names of the others who were killed because their lives are also important.

However, the world grieves Kobe because of his love for the game of basketball, his desire for excellence, his love for his family and now that he was retired from basketball, his love for all that life had yet to bring, including storytelling. Kobe received an Oscar for a short film—Dear Basketball—based on his love letter to basketball. I am thinking and writing about Kobe’s love because when I decided to write you an open letter, after hearing your remarks before the a group supporting your Sentebale charity, I wanted to write to you about radical love.

A few weeks ago, around Thanksgiving in the United States, I wrote an open letter to Meghan. In that letter I wanted to encourage her as a new mother, as a woman who may have been suffering from post-partum depression along with the pressures of being a new wife and a new member of the royal family. I advised radical gratitude. I suggested, along with other things, that she listen to the High Priestess of Soul, Nina Simone, sing “Ain’t Got No” and “I Got Life”. I did not remind her of the wisdom of the scriptures that tells us to “give thanks in all circumstances; for this is the will of God in Christ Jesus for you.” I Thessalonians (5:18 NRSV) This command is an ambiguity that makes us think about whether we ought to be thankful for the circumstance within which we find ourselves because it is the will of God and or to be thankful because thankfulness is the will of God. I say both. I also say that thankfulness does not mean complacency or the willingness to simply accept what is happening around us, especially if what is happening is unjust or unhealthy.

In your conversation with Dr. Jane Goodall, the scientists and animal rights activist, published in the September 2019 issue of Vogue, the issue that Meghan guest edited, Dr. Goodall spoke about animal intellect and emotions. She identified the main difference between humans and other primates is that we humans have developed spoken language.

She said: “I can tell you about things you haven’t seen, and you can tell me about things—we can discuss our different viewpoints.”

I say, along with others, that human beings are animals with the capacity for rational thought, that we can use symbols to communicate abstract thought. We are meta in that we are self-aware. We can talk about how we talk about what we are thinking and feeling. As a moral philosopher, I say: human beings also have the capacity to make a decision. So, humankind, the divine animal can choose to love, and then communicate that love in a myriad of ways both concrete and abstract.

I also noticed in that conversation you were concerned about unconscious bias. You said: “’Despite the fact that if you go up to someone and say, ’What you’ve just said, or the way you’ve behaved is racist’ – they’ll turn around and say, ’I’m not a racist.’ I’m not saying that you’re a racist, I’m just saying that your unconscious bias is proving that, because of the way that you’ve been brought up, the environment you’ve been brought up in, suggests that you have this point of view—unconscious point of view— where naturally you will look at someone in a different way.”

Clearly you have been having these conversations, and my guess is that they may have been a part of your decision to step away from your royal duties. The thing to remember here is that human beings live with a great deal of fear, and one source of that fear is competition from other groups. Racism is one form of such in-group/out-group rivalry. We see this in the troubles in Northern Ireland that were not racist in nature but rather a conflict between those who want to be part of the Republic of Ireland and those who want to stay a part of the United Kingdom. Some of this in-group/out-group rivalry no doubt played a part in Brexit. In any event, I say that the antidote to fear is radical love.

When you gave your remarks at the Sentebale event, you spoke about your love of Queen and Country, and your love of your wife and child. You spoke about your continuing commitment to service to the Commonwealth and your military associations. You spoke about your desire to at once continue to lead a life of service and to also live “a more peaceful life.” Many people are disappointed in your decision because they think that you ought not to leave the duties and responsibilities to which you were born. I say that duties performed without love can be inauthentic, brittle, and mean. People can sense when you are shaking their hands, smiling and making small talk out of duty or out of a real concern about them as human beings. I think the reason that you are the most popular royal after the Queen herself is that people sense that love is at the foundation of your commitment to family, to Queen and country.

On the surface, it may seem that these various loves are contradictory. However, I do not think they are. What is good is more often than not good for everyone. The continuance of the monarchy and the health of the United Kingdom are not within your power to add to or subtract from. You were willing to continue your duties without financing from the British people. It was clearly the decision of the Queen and others that this was not possible.

The good news is that while you are sad about leaving on these terms, you are taking a leap of faith into greater possibilities. I recommend that having taken this leap, that you do it with faith in love itself. I say and say again that radical love is rooted in the Source, in Divine Love that is the very definition and essence of God Almighty. It is the spiritual stuff that holds together the Cosmos. It is the I AM.

This reminds me of the sermon that The Most Reverend Michael B. Curry preached at your wedding. He spoke of the power of love to help and heal in unique ways. He spoke of the intersection of love of God, neighbor, and self. He spoke of an unconditional love that is sacrificial and redemptive. As a womanist thinker, I do not advocate a sacrificial love that would have us hurt ourselves for the sake of others. Jesus of Nazareth taught that we ought to love others as ourselves not better than ourselves. (Mark 12:30-31)

Once upon a time, I used to have a recurring dream. I would be standing on the edge of a high cliff. I was afraid that I would fall and not die, but fall and be terribly hurt, that I would be cripple and in pain for life. It was a terrifying nightmare of dread and fear as I was falling to the ground. One night, I had the dream and said to myself as I was falling. This is a dream. I can decide to fly, and I did. I have never had the dream again. Sometimes, when we decide to take a leap of faith, we have to decide to fly. You were right to recognize that taking a leap of faith requires courage. It is the same courage that love requires. However, it is the combination of love and faith and courage than can change the world for the better.

I am fond of a quote from your countryman, T.E. Lawrence aka Lawrence of Arabia. He said:

“All men dream but not equally. Those who dream by night in the dusty recesses of their minds wake in the day to find that it was vanity: but the dreamers of the day are dangerous men, for they may act their dreams with open eyes, to make it possible.”

I do not recommend taking a leap off a high cliff with the idea that you will fly. I do recommend that you take the leap of faith with the confidence that radical love, Divine Love is your safety net.

This leap of faith that you and Meghan are taking is your own Declaration of Independence. As the death of Kobe Bryant reminds us, it is a lesson that we learn again every time a young person dies, a lesson you learned early as a child, life is too too short. It is over far too soon. We have a duty to Love itself to live for the goals of sustenance and joy, to live Love itself.

You may ask, as some do, why people care about you and your wife. As I said in my letter to Meghan: the way you meet this moment can be spiritual strength for people who have yet to be born. They will learn of and breathe in your courage, your faith, your love.

Finally, I want to recommend to you one of my favorite Nina Simone songs: “I’m Feeling Good.” She sings “It’s a new dawn. It’s a new day. It’s new life for me, and I’m feeling good.”

I wish this for you and Meghan and Archie.