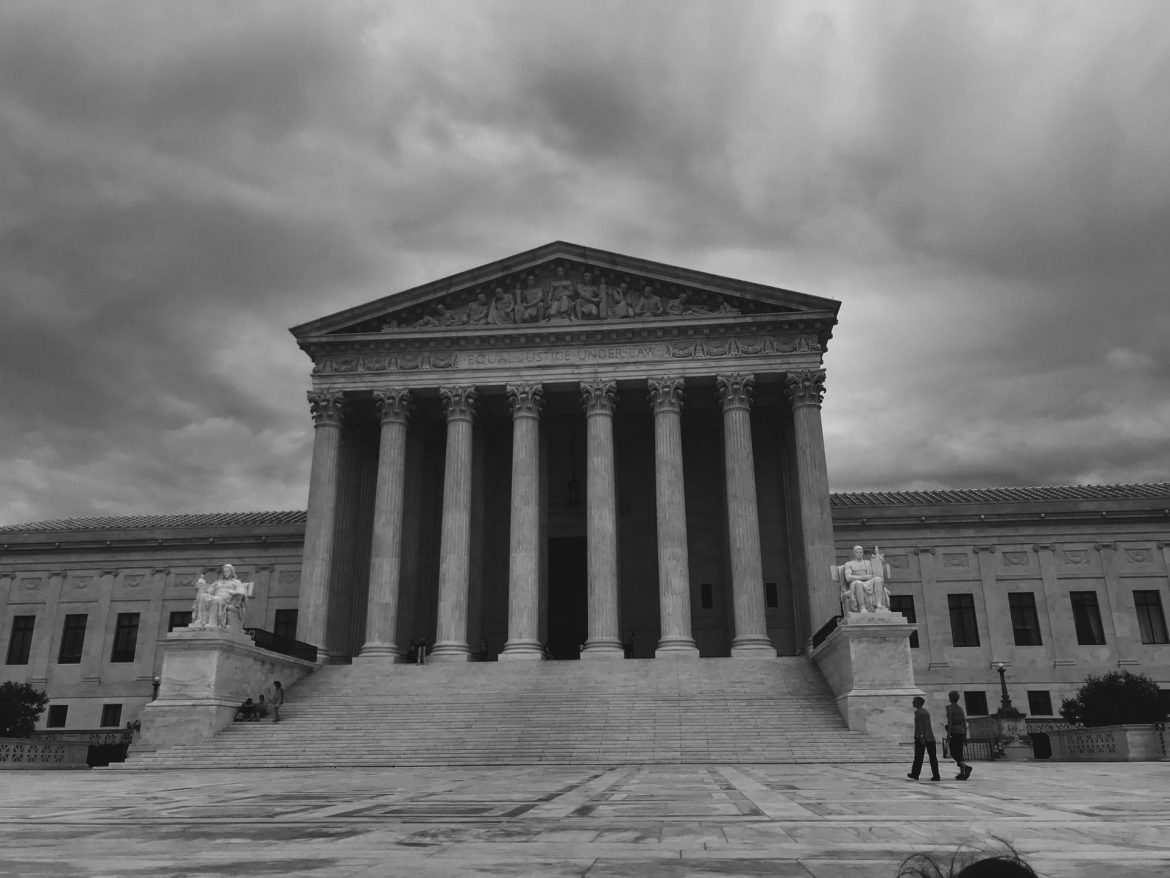 Photo by Chelsea Umberger on Unsplash

With the nomination of a new supreme court judge, some are being accused of “anti-catholicism” for posing questions about your religious beliefs.*  I however, think questions like the following are important and I am sure that you are open to discussing them with the American public whose job it is to serve.

1) Since you are a practicing Catholic, have you studied Pope Francis' encyclical on the environment ("Laudato Si")?  What are your positions on environmental justice?  On climate change?  Are you as passionate about them as you are about opposing abortion?  Are you aware that climate change is currently killing more people (who are fully people) than are abortions killing fetuses?  It has killed 200,000 people in the US alone and has maimed tens of thousands more and migrations to come will displace and kill millions more.

2) Have you studied Pope Francis' statements on the "idolatry of money" that dominates so much of our economic system?  Where do you stand on that subject and on unbridled Wall Street power?  And on tax breaks for the very rich vs. for the poor and middle class?  (Revelations on President Trump's non-taxes being very relevant to the question.)

3) Where do you stand on the long-standing teaching of the right for unions to organize that are embedded in papal documents dating all the way back to Pope Leo XIII in the nineteenth century?

And, as a woman, do you believe it is preferable to turn decision-making about your sacred body over to zealous male law-makers?  Why would you think that?

Are you aware that saint and doctor of the church, Thomas Aquinas did not believe the fetus was human until very late in its development?  That only then did the fetus receive a “human soul” (it was first a vegetative soul and then an animal soul according to Aquinas.)  And NOTHING in contemporary science has bothered to disprove this teaching (since contemporary science rarely even uses the word “soul”).

5) Where do you stand on birth control?  Doesn't it seem that the swelling of the human population has much to do with rendering other species extinct, who lose their habitats because of human expansion?  Is it wrong to render God’s creation extinct?

Do you consider human population explosion a serious problem?

6) How can you, calling yourself a serious Christian (or just a fellow human being), seriously want to end health care for many millions of Americans?  How will you look yourself in the mirror or dare to go to church?

7) Does your version of Christianity support separating children from parents and locking them up in cages?   (See Matthew 25.)  And hiring a white supremacist as an adviser to the president with an office inside the White House?

8) Former US attorney Barb McQuade has informed Americans that in 2016 you argued against filling a Supreme Court vacancy in an election time, specifically when it meant shifting the ideology of the justice bring replaced.  (In this case, Justice Ruth Ginsburg).  “When the court is seen as a political tool, it loses its legitimacy to announce the laws of the land.”  Do you still believe this?

Do you consider hypocrisy of numerous Republican senators who said something similar in 2016 and have reversed themselves in 2020 to be a solid ground for “announcing the laws of the land?”  What about your nomination on a rushed schedule?  Wouldn’t it be better for the court and its legitimacy to await the judgement of the next president?  If you believe your position as stated four years ago above, does accepting this nomination not mark you as a hypocrite also?  How do you balance that with Jesus’ teachings against hypocrisy?

9) Saint Thomas Aquinas, doctor of the church, says that “a mistake about creation results in a mistake about God.”  This is why he spent his whole life bringing the best scientist of his day (Aristotle) into the understanding of the Christian faith.  The church made huge mistakes condemning science in the time of Copernicus and Galileo and we were promised, 500 years later by Pope John Paul II, that it wouldn’t happen again.  And yet it has happened clearly in the discussion of gays and lesbians and their rights.

Over 50 years ago, scientists spoke up to inform us that any given human population will have and 8-11% gay population.  Being gay is perfectly natural for gay people, though it is a sexual minority.  Why, then, would any thoughtful Catholic deny gay and lesbians and transgender people their rights as human beings?  (Including the right to marry, at least civilly?)  Surely you do not want to succumb to old religious tropes that mistake God for a bad understanding of creation, do you?

10)  Our constitution promises a separation of church and state.  Since 80% of the American population is not Catholic but something else—Protestant, Jewish, Muslim, Buddhist, Hindu, indigenous, atheist and more—you would not foist your particular religious beliefs on to all these others, would you?

11)  Your religion is a bit odd.  It is not Catholicism as such or Catholicism as the Pope practices it, for example, it is a mélange of Protestant and Catholics in a small charismatic community.  Speaking anecdotally, in my interactions with charismatics over the years, I have hardly ever met one who considered the struggle for justice for the poor and oppressed as part of their religious consciousness.  In fact, it was precisely the charismatic groups in South America who were financed to oppose and replace base communities and liberation theologies, while buttressing right wing political fanatics.

My question is this: What does the canonization of Saint Oscar Romero mean to you and your community?  How does his struggle on behalf of the poor resonate with your version of Christianity?

12)  Does the ecumenism which you practice in your small charismatic sect extend to other religions and will you respect them and their values in all your court decisions?  Rights of Muslims, Jews, Hindus, Native Americans, Atheists, and others?

Does your ecumenism also extend to members of the Roman Catholic Church who do not share your ideology including presidential candidate Joe Biden?  House minority leader Nancy Pelosi?  Supreme court judge Sonia Sotomayor?  And many other public figures?  Will you come to their defense when certain noisy media pundits accuse Democrats of being “anti-Catholic”?

13) Do the recent revelations of how we ordinary and modest citizens pay far more taxes than millionaire presidents and also how vast international corporations pay no taxes and how the 2017 tax “reform” let many billionaires reduce their taxes affect your religious sensibilities about justice for the poor?

And does a promise that ours is a government “of the people, by the people and for the people?” correspond to the kind of economic system that is currently running our country?  How do you put into practice Pope Francis’ warnings about Wall Street and the idolatry of money?

Thank you for your attention to these questions.