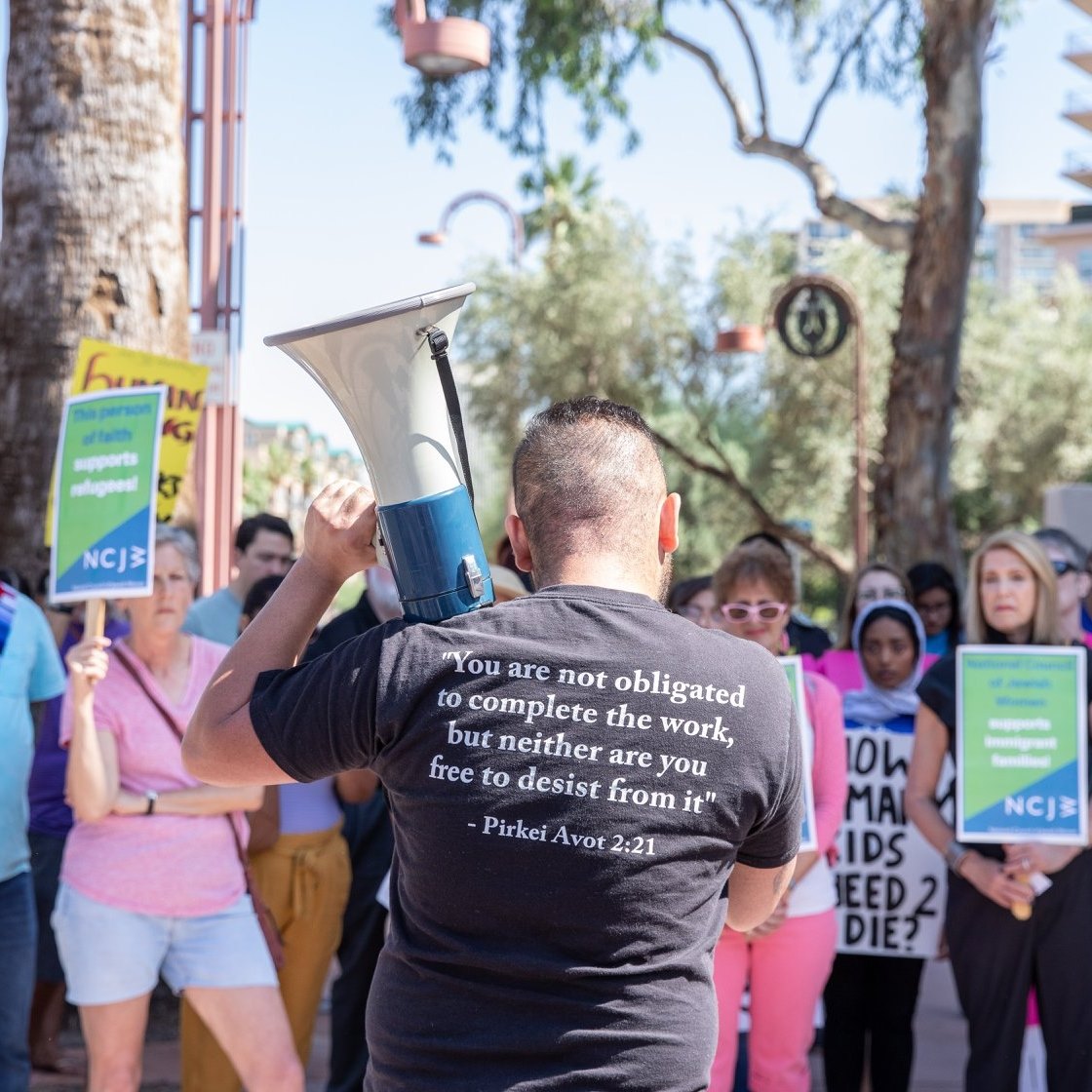 In recent years, we’ve seen the abject cruelty of American’s immigration system. Children separated from their parents, thin blankets, overcrowding, the wails of a lost generation. These images touched me to my soul. When I was a young boy, my mother and I fled to America from Michoacán to seek a better life. Even back in the 1990s, when the conversation about ICE, deportations, and cartels were under the radar in polite society, I lived in a reality where every one of these things threatened my life and the life of my family.

And now, all these years later, the systems of oppression for those without documents are at their highest level of savagery. Myopic politics, an easy scapegoat, and the ratcheting up of xenophobia have made immigrants of all stripes targets of ire and hate. It is an American irony and a worldwide social tragedy.

I’ve seen the inside of the detention camps at the border. I used to call them home. When my mother and I reached America, we were placed in these camps and left to languish without assistance, guidance, or access to food. I remember pleading with an immigration guard to get something to eat. I was starving and in crippling pain from hunger. I’ll never forget the sneer of that guard who, in a truly callous act, threw me some Saltines. He laughed as he walked away. The crackers didn’t satiate my hunger. I cried myself to sleep that night.

In time, my mother and I found home in the United States. I grew up with the knowledge that, though I wasn’t born here, America was my home. I became American in every way: I learned English, went to school, enjoyed cultural events, and grew deeply enamored with the civic process of engagement in my community. Yet, even though I felt American, in some ways, I never could be American. I always knew that I was part of a select group of people that contributed to a society that didn’t want anything to do with us.

In many ways, my status as a DACA recipient (also known as a DREAMer), gives me perspective of being an outsider. I’m an outsider in my own culture and in my own community. But this knowledge has never deterred me. That outsider status has, in its own way, given me strength for the work I do currently. For many years now already (I recently turned 25), I’ve been a community organizer rallying people to the cause of immigration rights. But my most meaningful work to date has been with Arizona Jews for Justice and Uri L’Tzedek.

It might sound funny right: an immigrant of Mexican heritage working for proudly Jewish organizations. It seems like a non-sequitur. Actually, though, being in the Jewish communal space empowered me to look deeply at the broader community, to look at the issues before me in a new way, and to reflect inwardly as a person of conscience. When I began my work in the winter of 2018, Arizona Jews for Justice and Uri L’Tzedek, both founded by Rabbi Dr. Shmuly Yanklowitz, someone who I see as my mentor and my teacher, the conversation around asylum seekers had not yet reached its peak. There was news coverage but not much mobilization, especially in the Jewish community. Rabbi Yanklowitz took a chance on me to take the helm of a ship that was about to hit a tremendous wave. With his blessing, I was hired as the campaign organizer for both organizations.

We hit the ground running.

In the last year and a half, Arizona Jews for Justice and Uri L’Tzedek have been on the vanguard of the Jewish community’s response to the asylum seeker crisis at the border. To date, we have directly impacted the lives of 40,000 asylum seekers through donations of food, clothes, medical supplies, and toys. Through our grassroots efforts, we’ve been able to create a pipeline for interested volunteers from all over the community (and the country) to step up and do the difficult work to help asylum seekers during their most pressing hour of need.

There is so much reward in helping those that have nothing. Both Uri L’Tzedek and Arizona Jews for Justice have been able to thrive because of all the heart that our volunteers and supporters put into the work. It hasn’t always been easy, and I’ve seen many tragic moments of utter despair from young children crying out for their parents. But when I give those same kids toys—items that they’ve been deprived, for who knows how long—seeing their smiles makes the hard work worth it.

As an immigrant myself, the Jewish tradition’s mandate to care and protect the stranger and the vulnerable really speaks to me. It speaks to my heart, my soul, and my increasing connection to the Jewish people. As someone who has felt like an outsider for a long time, the Jewish community has made me feel welcomed.

Eddie Chavez Calderon is a social justice activist and the Campaign Organizer for Arizona Jews for Justice & Uri L'Tzedek.