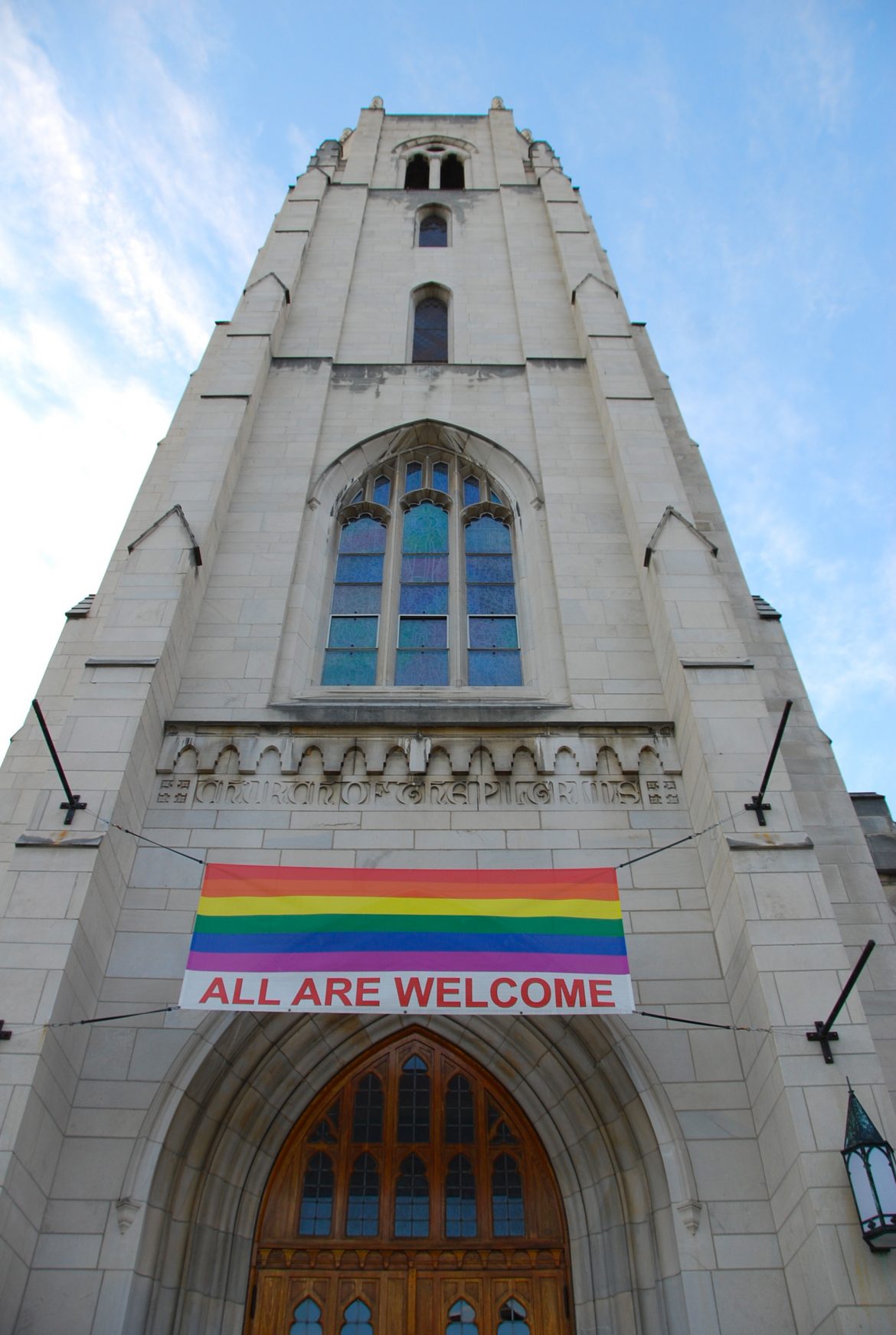 On February 29, 2019, the United Methodist Church at its General Conference voted against a more open and inclusive stance on LBGTQ+ clergy and same sex marriage. The decision may divide the church that has split through its history over slavery and race. (https://www.nytimes.com/2019/02/26/us/united-methodists-vote.html) This was a sad day for the UMC and for those of us who follow the teachings of Jesus. In March 2004, the issue of same sex marriage was before the Massachusetts legislature, and a group of clergy from different denominations, many from marginalized communities, held a worship service to express their opposition to same-sex marriage. At the time, I was teaching Christian ethics at Andover Newton Theological School in Newton Centre, Massachusetts. I found the program so upsetting that I wrote a letter to the participants. Sadly, it seems that the letter is still necessary. Here are some excerpts.

I must confess that I do not agree with your position against same sex marriage. I think that same sex marriage is a question of equal protection under the law as well as a question of acceptance.  I knew when I came to the service that your position would be different from my own. Yet, I also know that reasonable people can disagree, that people of faith can disagree and the disagreement does not mean that one is any more or less holy than the other. (One of the speakers spoke of the deconstruction of marriage.)

Deconstruction is not destruction.  It is the way by which we account for multiple meanings and significations of any entity.  Thus, to speak of the deconstruction of marriage is to speak of the legitimate work of locating multiple meanings and multiple significations within the concept. If there is any good news about this current debate, it is that it provides an occasion to think about the multiple meanings of marriage. It gives us an opportunity to think about what is the proper role of the Church and what is the proper role of the state in this matter.  It allows us an opportunity to ask: what can the state license?  What does the Church consecrate?  It allows us to explore the difference between the governance of law and the governance of love.  Marriage is more than a socially acceptable legal and spiritual context for sex and for the procreation of children.  Marriage is also a space for spiritual intimacy, for care, for fidelity, for commitment.  It is a space where two people create a life together, face the joys and sorrows of life together.  So, allowing for the exploration of multiple meanings for marriage is not anything to fear, to avoid or to attack.

Further, just as there are multiple meanings and significations contained in any concept or entity, there are multiple meanings in the text.  The one use of scripture that I thought was mistaken was the reading from the first chapter in Romans.  I agree that in this passage Paul is listing homosexuality as a sin, but if one stops reading too soon, we fail to see that homosexuality is one in a list of sins that result from idolatry.  Paul here is warning against idolatry.  And to properly read the first chapter of Romans, it is important to continue to the second chapter of Romans that warns against judgment.

It is important to keep the Pauline instruction against idolatry in mind because it is possible that an uncritical adherence to traditional interpretations causes us to worship the tradition and not the living God. God is not dead.  God is not the Deistic God of Enlightenment thought who, after creating a natural order, retreated to the highest heaven to leave humankind to discern the laws of nature through reason and science.  Such thinking led to tragic error, including slavery, subjugation of women and of the working classes, mass murder of indigenous populations, colonialism and desecration of the environment.  Rather, God is a living God whose compassions are new every morning. (Lamentations 3:22, 23) Isaiah 43:18 & 19 reads: “Do not remember the former things, nor consider the things of old.  Behold, I will do a new thing, now it shall spring forth; shall you not know it?  I will even make a road in the wilderness and rivers in the desert.”   Creation continues.

Thus, it is important to know what we know and to know what we do not know.  We can never know the complete mind of God.  God is too deep and too wide.  Because as much as we can know about the Word and the will of God, there is much that has yet to be revealed.  The danger of worshiping traditional understandings to the point of idolatry is that such does not open the door for the new thing that God is doing.  Such makes us blind to the new compassions that God sends day by day.  God says in Lamentations 3:35-36: “To turn aside the justice due a man before the face of the Most High, or subvert a man in his cause– the Lord does not approve.”

I heard fear that same sex marriages would weaken already fragile family structures of marginalized people.  I would argue that the greater threats to those families are discriminatory socioeconomic structures, a decrepit public education system and the prison industrial complex in the United States.  One speaker warned that same sex marriages would mean the end of civilization as we know it.  I say that the greater threat to civilization as we know it is global poverty, disease, and war. (Today, I would add climate change.)  Opposition to same sex marriage in the name of our fears is relatively easy compared with confronting these other larger problems.

However, it is important to remember that fear is not of God.  The Word teaches us: “For God has not given us a spirit of fear, but of power and of love and of a sound mind.”  We know that God has called us to love.

Over the years, I have not only written in support of same-sex marriage, but I have written “Why I think homosexuality is NOT a sin.” (http://www.theafricanamericanlectionary.org/pdf/dialogue/WhyIBelieveHomosexualityIsNotASin_ValerieDixon.pdf) There is a chapter in my book — Just Peace Theory Book One: Spiritual Morality, Radical Love, and the Public Conversation — where I write in support of LGBTQ+ rights. I have written about my own evolution on LGBTQ+ rights in an essay published at my website. (http://justpeacetheory.com/files/My_Own_Evolution_on_LGBTQIA_Rights.pdf)

We who consider ourselves allies of the LGBTQ+ community ought to keep making the case for our sisters and brothers as long as is necessary. The struggles continues.