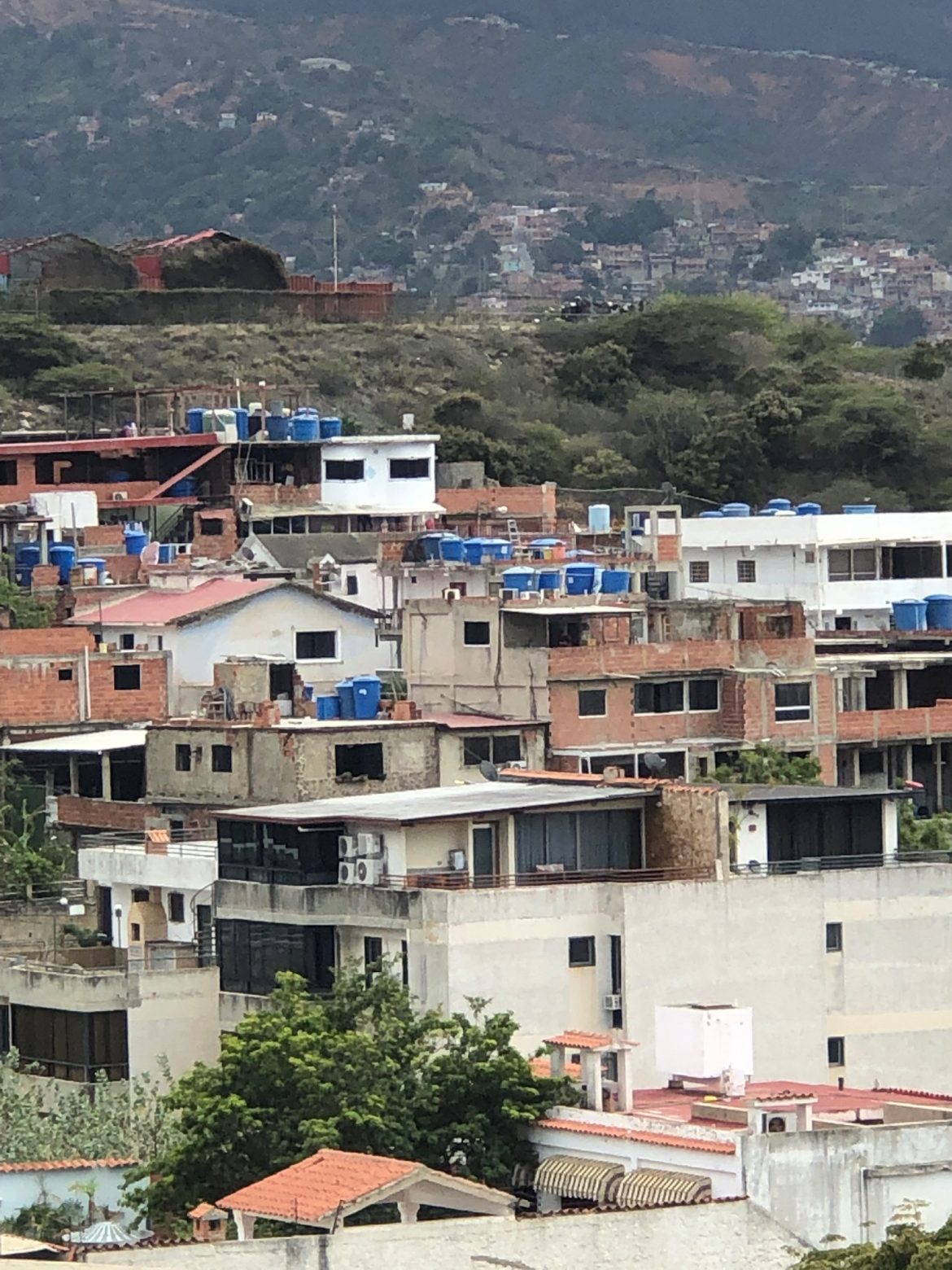 This question has deep relevance, and was the first of four questions put to me by Rabbi Michael Lerner just before I left in March for a delegation sponsored by the Alliance for Global Justice and focused on ending sanctions in Venezuela.

In my first Tikkun blog after returning from Venezuela, my goal was to provide the most fundamental information possible about what we can do as a government and as citizens of the United States. Most people in Venezuela and the U.S. can agree on these three basics: (1) no war, (2) end sanctions (which are a form of deadly warfare), and (3) respect the sovereignty of other nations. The U.S. is not the boss of the world, and recent "help" from the U.S. has not helped the people of the world.

As citizens it is our job to pressure our government — especially the best of them — to represent us in both domestic and foreign policy. As citizens, it is not our job to treat the Venezuela situation as another "yelp review" in which we judge what other countries do as right or wrong by standards our own country doesn't even follow.

I will address this key question in this blog, and other questions in future blogs.

Question 1: What led Obama to oppose the regime in Venezuela? He did not escalate but de-escalated the isolation of Cuba, so what made Venezuela more dangerous to him? What specific interests was he serving?

Many aspects of our government are in play in opposing the "regime" in Venezuela. "Regime" needs to be pointed out as a term widely used by our government and media — and even picked up by progressives — to cast aspersions on the "government", "administration" or "presidency" of non-aligned countries. Does the New York Times refer to the "regime" of Theresa May in the U.K.? No.

One aspect relates to the Electoral College in the United States. Why haven't any political leaders led us out of that outdated, slavery-based, undemocratic disaster? With it, neither Democratic nor Republican candidates have anything to gain by not bashing Venezuelan President Nicolas Maduro. Why? Because many disgruntled Venezuelans of the upper classes have moved to Florida and they now organize with hard-line Cuban-Americans and compose a small but inordinately significant swing constituency in a swing state in the 2020 elections. What incentive is there for a party leader like Obama to alienate them and their campaign donations, instead of merely going along with the story "everybody knows”?

U.S. Rep. Ro Khanna (CA) wrote a letter urging President Trump to end sanctions. My delegation's lead organizer saw the letter change from an eloquent call focused on ending the sanctions to a letter with paragraphs that "strongly condemn the Maduro government's actions," call him a "failed autocrat," and argue that because of current sanctions, "Venezuelan government officials can claim that the U.S. is waging an economic war." Even with these toe-the-party-line statements against Maduro, this otherwise informative and well-written letter still only managed to gather 16 signers out of 435 members of Congress, 97 of whom are members of the "Progressive Caucus." Yes, U.S. citizens need to pressure our government, especially those most likely to support the rights of people over corporate interests.

What happened to change Ro Khanna's letter from just fine to toe-the-line? He was tapped to be part of Bernie Sanders' presidential campaign. As early as 2015, Bernie Sanders referred to the former Venezuelan president Hugo Chavez as a "dead communist dictator." In January 2019, Sanders said the "Maduro government has waged a violent crackdown on Venezuelan civil society,” a statement that ignores both the lethal violence of the opposition, and Venezuelan police force policies about lethal use of force that require automatic suspension and investigation that can lead to arrest and conviction. This is quite a different history from what happens after lethal use of force in the U.S.

To address why both Obama and Trump take the positions they have taken, consider this question: "Does the government represent the people?" A Princeton study points out that whether there is 100% public support for a given idea — or zero support — there is about a 30% chance of Congress passing a law that reflects the idea — unless the support or non-support comes from the 10% "elites." Public policy lines up with their wishes. Unfortunately, (publicly funded) war creates profits for "elites", as do (subsidized) oil companies and (bailed-out) financial institutions. Related to Venezuela, the military-industrial-financial complex benefits significantly from sanctions and threats of war, especially when the threats are aimed at an oil-rich country that has been sharing wealth and power with non-elites.

Specifically about Obama, Venezuela, and Cuba, status-quo politicians in the U.S. have always opposed the "Bolivarian Revolution,” but Hugo Chavez withstood early efforts to topple his government and became even more popular. After Chavez died in 2013, however, a weakness was perceived, and the Venezuelan opposition and Obama stepped up their pressures. Regarding Cuba, changing demographics among Cuban-Americans made it less risky to ease Cuba-U.S. relations in order to move toward creating business opportunities there.

On December 17, 2014, Obama de-escalated the isolation of Cuba, while keeping the economic blockade in place. The very next day he signed S 2142, an act created "to impose targeted sanctions on persons responsible for violations of human rights of antigovernment protesters in Venezuela, to strengthen civil society in Venezuela, and for other purposes." In so doing, Obama was serving the same powerful interests that in 2008 caused him to bail out Wall Street not Main Street, and in 2009 motivated him to use his 60% majorities in both houses of Congress to take single-payer healthcare off the table, and to serve up what is still at the bottom of healthcare systems provided by the other 30 wealthy industrialized countries. Had Obama delivered a comprehensive system like the ones other countries implemented long ago, as Venezuela did 20 years ago, it would be very hard for Trump or anyone to take it away from people who depend on it.

The U.S. has a lot of work to do inside our borders without interfering in the affairs of other countries.

Doing the needed work inside our country helps other countries by example rather than destroying them with our will.

2 thoughts on “Why did both Obama and Trump sanction Venezuela?”