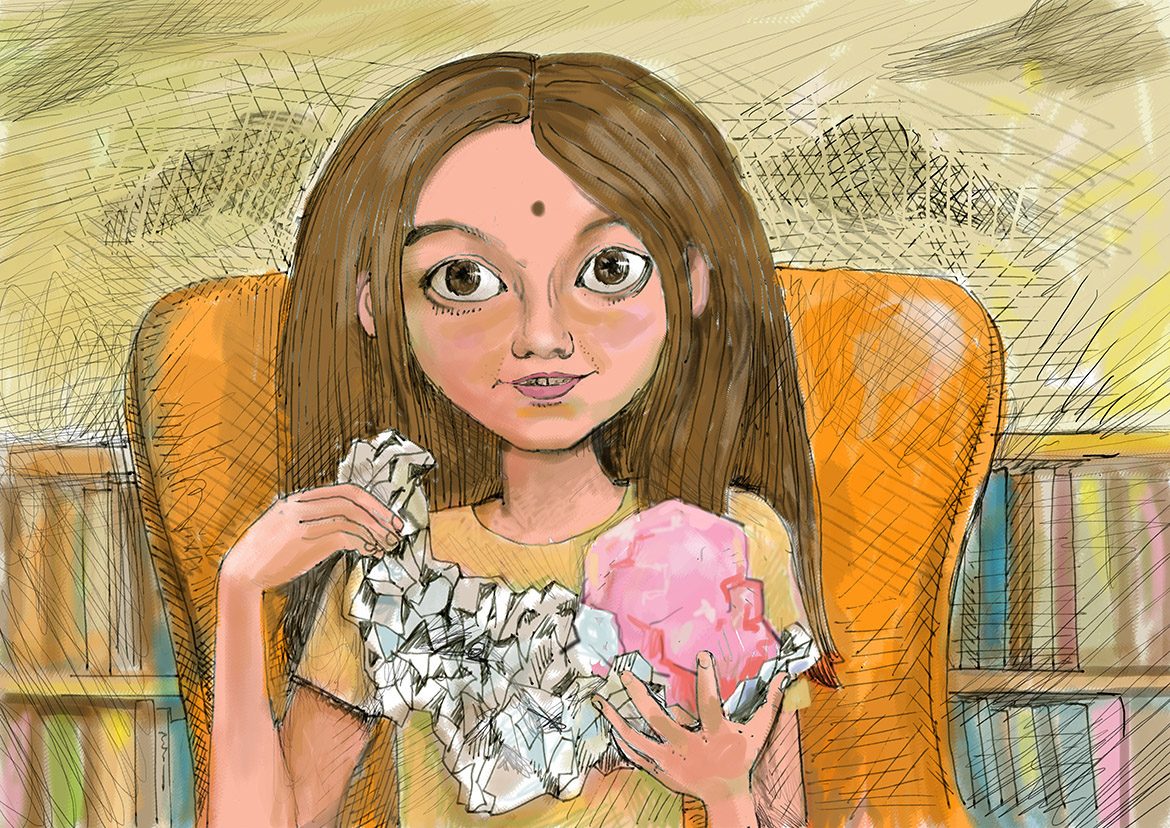 Editor's note: Tikkun is delighted to publish Michael Kagan's book Where's G?d as a series on our website. This is the Prologue, Introduction, & first chapter. For "Night Two," click here.

I met Tara in March 2016 during a trip to London. This may appear a bit strange since I completed Where’s G?d in 2014. But there she was, bubbling with innocence, beautifully wide-eyed, precocious, wise, awake; just as I imagined her but with a difference: this Tara was a mere six and a half years old whereas the girl in my story, my avatar, I imagined to be older, closer to twelve. Tara was so young that you might wonder whether I made her up but there she was sitting in full lotus on the sofa, her little hands pressed together over her heart, her dark eyes closed, her small body rock-still as she led a room full of adults in meditation and prayer.
I was stunned.

I had been invited to a meeting of a select few to discuss plans for a university for the teaching and practice of compassion.   The apartment, located near Paddington Station, was filled with the ambiance of India: the colours, the paintings, the books, the statues, the smells, for you see, another difference between my creation and the Tara that confronted me at the door was that this Tara was Indian, at least her mother was Indian. Her large, dark eyes and golden skin, her black hair and mischievous grin, her hand gestures and body language, were all from another world.   And when I say ‘confronted’ I mean literally that. After I had knocked politely, the front door was flung open and this bubble of joy threw herself at me. Without any inhibitions, she took me by the hand, led me into the living room and introduced me to the other guests.

I was late (as usual) and the last to arrive. Once I had settled down, Tara’s mother, like the incarnation of Shakti herself, welcomed us to their home. I was sitting on one half of the sofa; Tara was trampolining on the other. I suggested that it would be appropriate to start such a meeting with silence and prayer but with one look at Tara I realized that this would be impossible unless she was put in her place, namely her bedroom. Her mother said something that I didn’t catch and Tara immediately stopped her gyrating, sat crossed-legged and fell easily into mindless silence.
I was impressed.

We followed suit – as best as we could.

After an endless ten minutes, Tara opened her eyes and smiled her delightful smile and quietly left the room. We grown-ups, experienced practitioners of unifying mind, body and soul, proceeded to introduce ourselves in the light of compassion.

After an hour our hostess interrupted to announce that supper was being served. The kitchen was filled with the aromas of chili, turmeric, ginger, cinnamon and many more that I couldn’t identify. Tara appeared, impishly filling her plate with the hottest of curries. I stuck to mild. Again I suggested that we bless the food before eating, and again Tara was asked to lead us in prayer. The little girl sat with her hands suspended above her plate and blessed God for the food and blessed us for good health.

I was even more impressed.

As we finished eating Tara began to pester her mother. “When can I make my presentation? When mum? When?” I was getting a little anxious since I had a flight later that evening and I wanted us to continue the discussion. Tara’s mother asked us to pay attention to the presentation. Tara sat cross-legged in front of us. In her hands she held a ball covered in aluminum foil. The room hushed. She looked at us with her penetrating stare.
“This is Tommy,” she said in her Indian-accented, sweet voice. She was holding up the silvery ball, “Tommy is a boy in my class at school. But Tommy is not really being Tommy. He is very rude. He shouts at the teachers. He pushes other children. He is just not being Tommy.” Tara began to peel off the metallic covering. What was inside? Where was she taking us? “This is the true Tommy,” she continued, letting the wrapping fall to the floor revealing a large rose quartz crystal. We all gasped. “This is the true Tommy,” she repeated, “but he is covered by stuff that is stopping him from being who he truly is. I pray that one day soon Tommy will become Tommy and we will see him as beautiful as this crystal.”
We sat in shocked silence.
Thank you Tara.

So my story, which began with a fifteen-year-old girl called Mayan, meaning ‘Source of Blessings’ in Hebrew, morphed into twelve-year-old Gaia – ‘Mother of All’, and is now seven-year-old Tara – ‘Mother of Liberation’.
May we be blessed by all three. 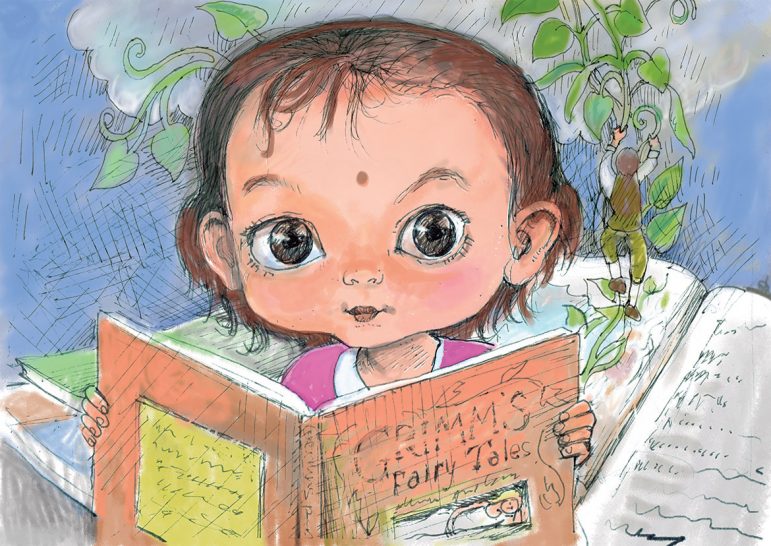 My name is Tara. I am a girl blessed with two wonderful parents. When I was growing up, my parents were kind and loving. They gave me a warm home to thrive in. They protected me. They fed me. And they loved me. But I wasn’t ready yet for this world. I wasn’t ready yet to let go of the place I had come from, a place so very different from this world. I wasn’t ready yet to forget. So in order to protect my memories, I made a decision: I wasn’t going to talk. Yet. I decided to listen and to observe, because I didn’t want to allow myself to be distracted by also having to speak. It wasn’t that I was playing dumb, I just preferred not to speak until I was ready. For some reason, this really upset Mummy and Daddy. They thought that there was something very wrong with me. They took me to doctors and specialists who scanned and probed me. But nobody could find anything wrong with me. Because there wasn’t. Maybe it was unfair of me to put them under such stress and distress, and for that I am sorry. But I simply wasn’t ready to speak yet. Let me re-state this in grown-up language. I preferred to stay in my right-brain as long as possible, so that I could access the wonders of wide-band, rather than to stay in the confines of narrow-band in my language-structured left-brain.

At a very early age, I understood and appreciated books and printed images. As soon as I could, I started reading voraciously. Storybooks were OK, but only if they contained deeper meanings, like the ancient fables and the so-called fairy stories. I had no patience for ordinary, what I call flat, books. Yes, I know it’s true that reading requires language and that language is predominantly a left-brain activity. However, my continued silence allowed me free access across the chasm of existence.

My parents were decidedly happier when they saw me reading. They were relieved that I was not in fact intellectually impaired. But the puzzle of my silence continued to perplex them. I did not like to see them suffer, so I tried to help the situation. Every once in a while, I would utter a word or two to demonstrate that I had normally-functioning vocal chords. Strange to say, this seemed to increase their anxiety and to make matters worse. Until…until at the age of seven, I was ready. And because I was ready, I started to talk.
The following chapters are a not very accurate record of some of the early conversations I had with Mummy and Daddy once I started talking. I hope though that I have succeeded in conveying the wonderful time I had living between dimensions. I found it challenging to describe the special world I experienced. Not because I lacked the necessary vocabulary, but because it was so much brighter, so much vaster, so much newer, and so much more multi-dimensional than people who were no longer babies were able to experience. I quickly discovered that metaphors could serve as convenient tools to help me describe the almost intangible. I started using objects to create an entire fairy story that revealed reality beyond reality.

Now that I’m older, I feel ready to set down in writing my memories of that time and to share them with others. I hope that my stories will stir your memories too. I hope that they will bring you back to that magical place where we all come from. I hope you will be able to recapture the knowledge and the wisdom we all once possessed.
Blessings
Tara 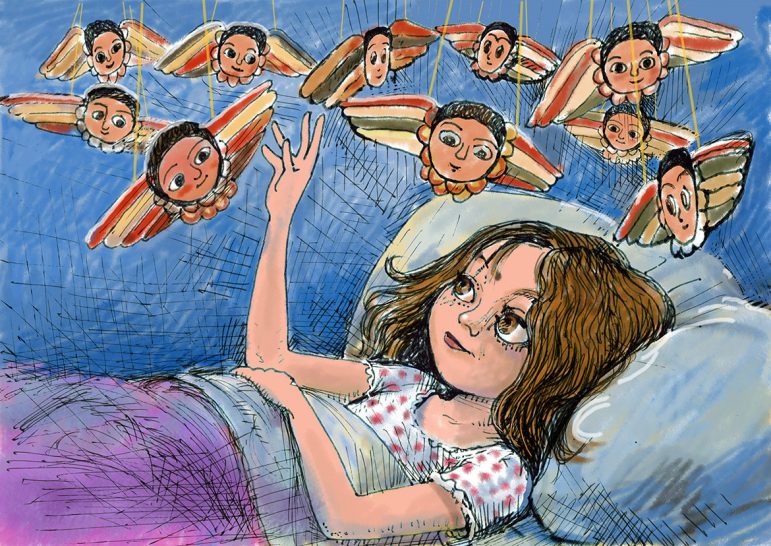 So there I was, lying in my bed, surrounded by everything.
Above me, suspended from the ceiling, was my mobile of little angels that Mummy bought me in an African craft store. Daddy had tied the mobile to a small nail that he hammered into the ceiling. There were ten angels floating in the air. I named each angel:

The Angel of Knowing

The Angel of Loving

The Angel of Doing Right

The Angel of Protection