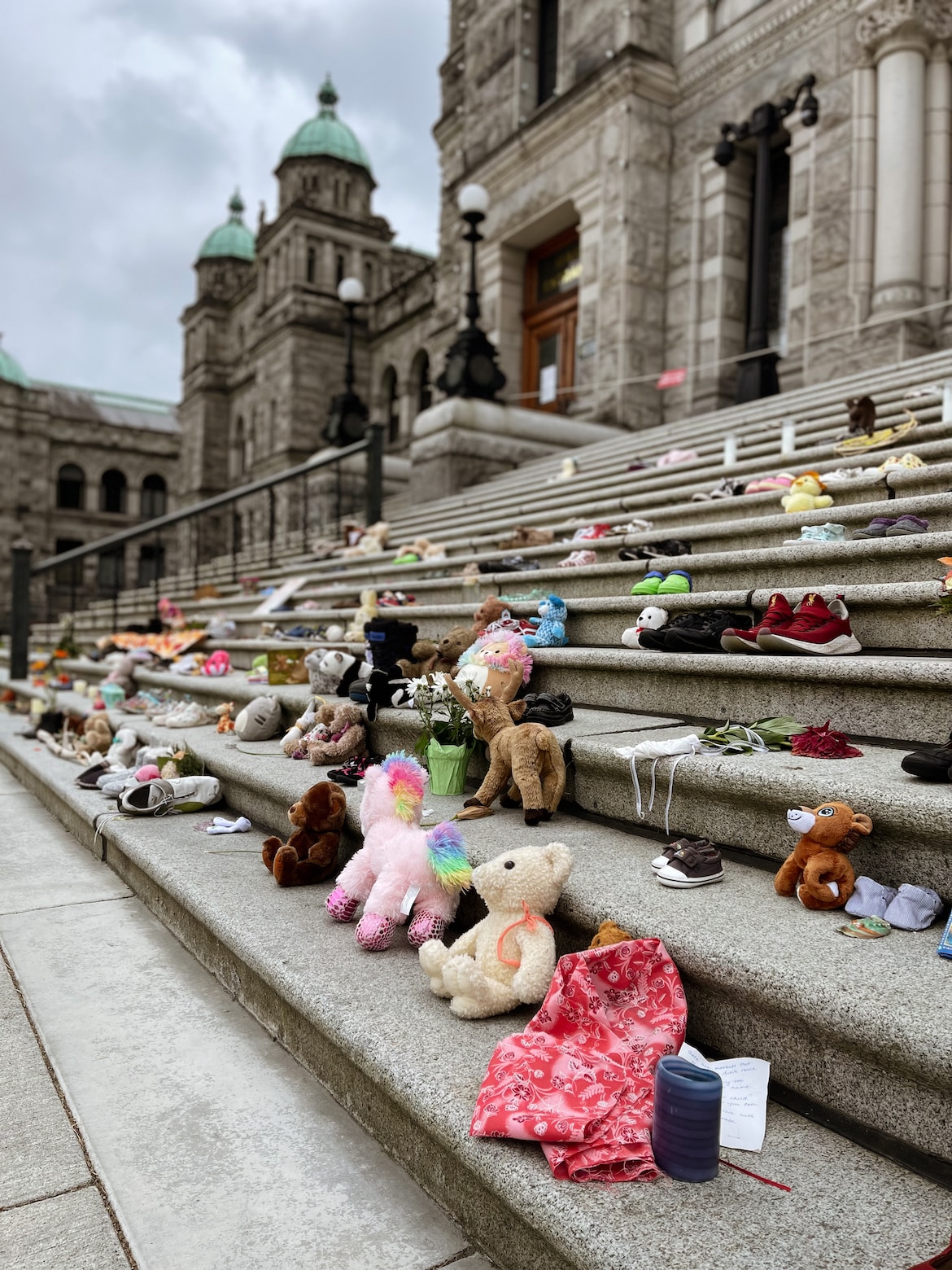 Photo by Sonya Romanovska on Unsplash

The tragic deaths of 215 Indigenous children not only reveals the horrors of Canadian settler colonialism at the heart of Canada's policies, but it also exposes how a politics of systemic racism and disposability is reproduced by the erasure of history. While the genocidal acts committed against Indigenous people are once again making visible the crimes of racist state violence, it is crucial for Canadians to acknowledge how history can be erased by examining not only their own past but also how a politics of racial cleansing through an attack on the teaching of history is at work in the United States.

The genocide inflicted on Native Americans and Black slaves, the horrors of Jim Crow, the incarceration of Japanese Americans, among other historical events is disappearing into a disavowal of past historical events with the emergence of right-wing policies, embracing a political and pedagogical language of censorship and erasure. At work here are attempts to eliminate from public and higher education any trace of racism committed as part of its long history of violence against those considered unknowable and disposable. These efforts are not about education reform but about institutionalizing bigotry in the schools.

For example, the Republican Party’s attack on the teaching of critical race theory in the schools, which they label as “ideological or faddish” both denies the history of racism as well as the ways in which persistent racism is enforced systemically through policy, laws, and institutions. Forbidding the teaching about racism is now justified with the ludicrous claim of protecting students from learning about the diverse ways in which racism persists in American society — a history labeled as unpatriotic.

This whitening of history is now largely being reproduced by right-wing attacks on diversity, critical race programs in the public and higher education. The fight to censor truth-telling versions of a history shaped by racism is part of a larger conservative project to prevent teachers and students from speaking openly about historical issues that legitimated race-based practices. It is also an attempt to erase the struggles of those who resisted and risked their lives in the fight against racism. What is shared by all of these attempts to censor school curricula is the claim that critical race theory and other “anti-racist” programs indoctrinate students and undermine the alleged foundations of Western Civilization — an argument that has always been central to a ruthless ideology of colonialism.

Under such circumstances, education becomes an object of oppression, and a way of deskilling teachers who address matters of racial inequality and injustice. Right-wing politicians now use education to discredit any critical pedagogical approach that enables students to realize themselves as critical citizens. In doing so, they undermine and discredit the critical faculties students and others need to “investigate the core conflict between a nation founded on radical notions of liberty, freedom and equality, and a nation built on slavery, exploitation, and exclusion.”

The current attacks on critical race theory, if not critical thinking itself are part of a larger authoritarian attempt to normalize racism, class inequities and economic inequality while safeguarding the interests of those who benefit from such inequities. In pursuit of such a project, Republican Party politicians are pressing for curricula in some 47 states that teach complacency, obedience and mindless conformity. They undermine matters of injustice and the common good in the curricula, and rarely embrace notions of pedagogy that sharpen a student’s civic skills, sense of justice, and openness to empathy. They embrace former president Donald Trump’s claim that teaching about racism is comparable “to teaching people to hate our country.”

In light of this attack on empowering forms of education, there is a need to rethink and relearn the lessons of history by considering the role that it can play in educating students and others in the values of inclusivity, compassion and democracy. This points to the challenge of interrogating history while addressing those repressive elements of its past. Central to this task is the recognition that a democracy cannot exist without informed citizens.

Given the increasing visibility of its colonial past and the violence directed against the most vulnerable of those populations considered disposable — Indigenous children, Canada must reject the attacks on historical memory in order to avoid what is happening in the United States. It must invest in an educational system that is empowering in its support of racial justice, and civic culture. If democracy is “to breathe again” in Canada, history must be an object of critical inquiry rather than an act of blind reverence.

The tragic deaths of 215 #Indigenous children not only reveals the horrors of Canadian settler colonialism at the heart of #Canada's policies, but it also exposes how a politics of systemic racism and disposability is reproduced by the erasure of history.https://t.co/rgnFrQ3H0v

About Henry A. Giroux

Henry A. Giroux is a Contributing Editor for Tikkun magazine and currently holds the McMaster University Chair for Scholarship in the Public Interest in the English and Cultural Studies Department and is the Paulo Freire Distinguished Scholar in Critical Pedagogy. His most recent books are America’s Education Deficit and the War on Youth (Monthly Review Press, 2013), Neoliberalism’s War on Higher Education (Haymarket Press, 2014), The Public in Peril: Trump and the Menace of American Authoritarianism (Routledge, 2018), and the American Nightmare: Facing the Challenge of Fascism (City Lights, 2018), On Critical Pedagogy, 2nd edition (Bloomsbury), and Race, Politics, and Pandemic Pedagogy: Education in a Time of Crisis (Bloomsbury 2021): He's a member of Tikkun's Editorial Advisory Board. His website is www.henryagiroux.com.

One thought on “The Politics of Racial Cleansing and Erasing History”