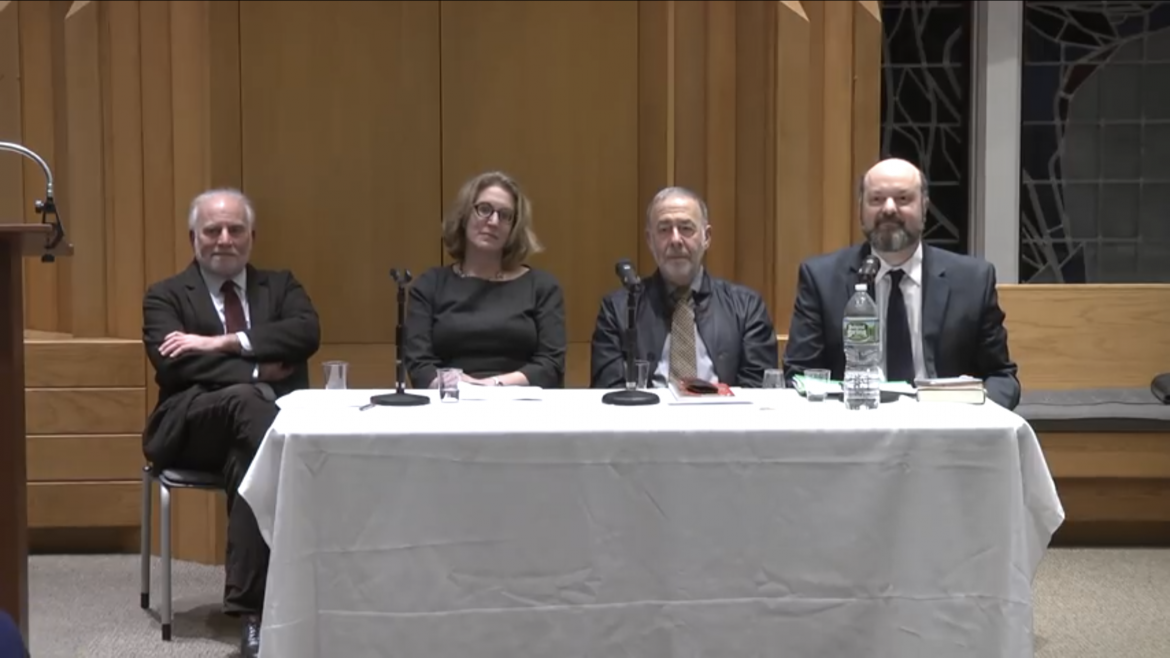 The recent release of Eitan Fishbane’s new book, The Art of Mystical Narrative, is being celebrated by many scholars as a creative new direction to think of Jewish classics, not only specifically mystical texts. Building on the creative work of Daniel Matt’s masterful translation of the Zohar, the most widely read and studied work of Kabbalistic thought, Fishbane has unearthed insights that led several scholars at the Jewish Theological Seminary, where Fishbane teaches, to construct a symposium to reflect on what is of importance in his work. Tikkun decided to make their comments available to our readers in the hopes that they might inspire you to buy and read his book. When you click here you will come to a page in which you get to read all or some of the remarks made at that symposium, and Fishbane’s response. We begin the introductory remarks from David Kraemer, Professor of Talmud and Rabbinics and the Joseph J. and Dora Abbell Librarian at the Jewish Theological Seminary.

It is my pleasure, as Director of the Library of The Jewish Theological Seminary, to offer a brief introduction to this symposium on Eitan Fishbane’s new book, The Art of Mystical Narrative. The Library, in our ongoing series of book talks, has the privilege of introducing many new and even significant works of Jewish scholarship to the interested public. But we rarely focus on a book of this moment. This is a truly magnificent book, one that will be of interest far beyond the circles of Zohar scholarship. It is not an exaggeration to say that the book is ground-breaking, a new contribution that accounts for the most recent scholarship on the Zohar and its textual history.

Fishbane (if I may, Eitan) offers deep and insightful of narratives of the Zohar. As such, they model how one might read not only obviously “literary” works, such as midrash (which is what the Zohar is, at least on one level), but also works of more complicated genres, such as the Talmud and, of course, the Zohar itself. He does this while accounting for the Zohar’s complex textual history—more complex, indeed, than was ever before realized. He thus models how one might analyze other texts with such complex histories, including most works in Judaism’s canon. There is much more I could say in praise of Eitan’s work, but I will leave that to the true experts, the scholars who participate in this symposium. More than anything else, I encourage the reader to pick up this book, from which he/she/they will gain insights that are truly edifying, and even delightful.

We invite you to read the full texts of the various articles presented at the symposium. To do so, click the titles of any of the presentations below. Click here to watch the symposium on YouTube.

Reflections on The Art of Mystical Narrative: A Poetics of the Zohar
Prof. Lawrence Fine reflects on the originality, the appeal of the Zohar, deploying a narrative lens in relation to Fishbane’s new book.

How to Experience the Zohar’s Splendor
Prof. Sharon Kohen reviews Fishbane’s new book, arguing that Fishbane teaches his readers how to experience the splendor of the Zohar.

Remarks on Eitan Fishbane
Prof. David Roskies writes that, “[w]hen read through a particular literary lens, The Art of Mystical Narrative is a Jewish family romance twice over.”

Zeroing in on the Narrative Dimension of the Zohar
Prof. Eitan Fishbane reflects on the process of writing The Art of Mystical Narrative: A Poetics of the Zohar.