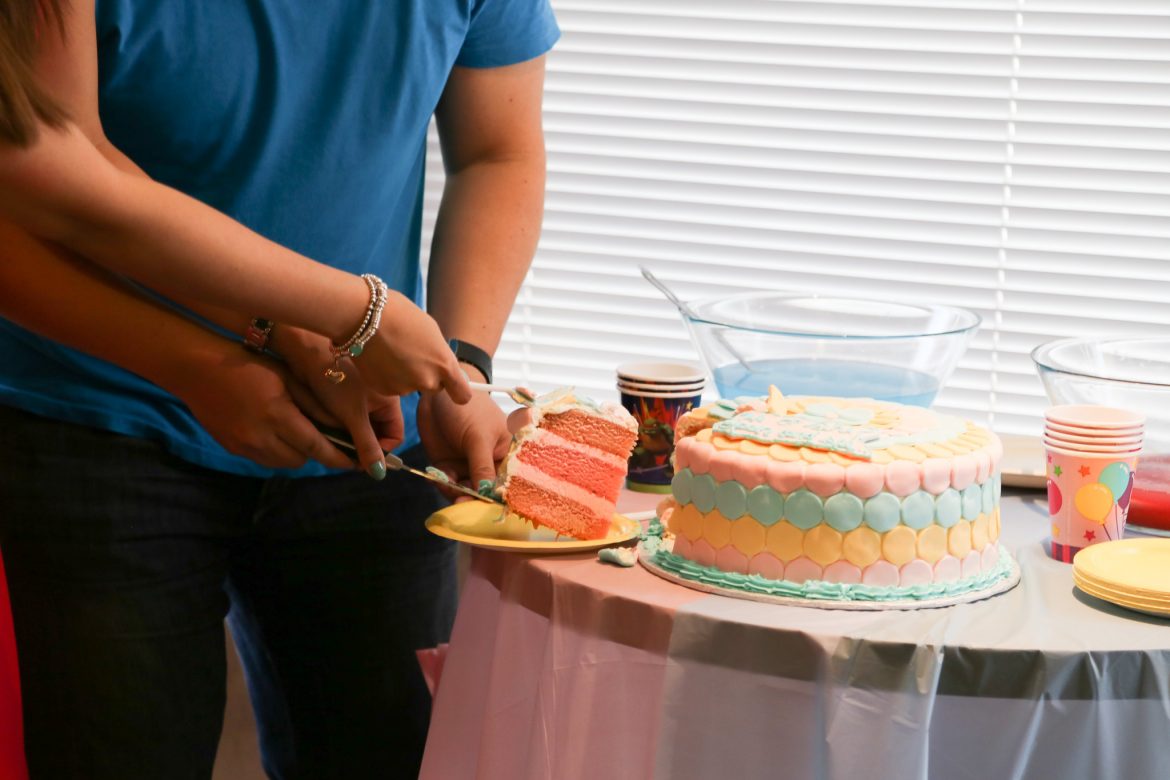 Recently, one of my kids told me he was going to a reveal party. Never having heard of this, I asked, “Sorry for my being a dinosaur here, but what is a reveal party?” After he stopped laughing, he told me that this is where the expectant parents reveal the gender of their now awaited baby. “And people go to these?” I asked. “Do they bring gender neutral gifts?”  Smiling broadly and shaking his head, he merely replied, “They are very popular, abba.” I guess so.

Ritual is often characterized as the rigid or mindless following of repetitive actions or words.  Needless to say, that is a real turnoff to most people. “But,” according to Professor of psychology David Desteno, “an emerging body of research shows that ritualistic actions…produce effects on the mind ranging from increased self-control to greater feelings of affiliation and empathy.” In other words, though often experienced that way, ritual is not a negative; rather, it has a salutary effect on our psyche, as well as our connection to others. But if that is true, why does it seem like so many people are Image ing ritual behaviors?

So that got me thinking. What if people are not rejecting ritual per se? What if they are merely saying “no” to the religious rituals with which they were raised? In other words, it suddenly dawned on me that what reveal parties really reveal (that’s a lot of R’s) is that ritual, community, life cycle moments, et al are still important to us, even as religious affiliation declines. As human beings, we still need what religion and ritual are supposed to provide; and if we are not receiving it from our birth religion, we are going to find it elsewhere or even create it ourselves.

Proof text number one: Halloween. I have been amazed at the growth of this “holiday,” really amazed. When I was a kid my mother would not even allow me to go trick or treating. She called it “shnoring” - a pejorative term which can be roughly translated as “being an obnoxious bore, bothering others to give you something you have no right to ask for!” Thank God UNICEF came along to piggy back on Halloween and I could tell my mom I wasn’t shnoring at all. I was doing a mitzvah by raising tzedakah for needy children. Could I help it if, in addition to the coins our neighbors put in my UNICEF box, they wanted to give me some candy? LOL

Today Halloween has gone viral. Adults, who will not even wear a mask to Purim services, spend months getting their themed costumes ready - happily partying with their friends, or marching through their elaborately decorated neighborhood homes with their kids. There are even Halloween stores that open to provide every manner of accoutrement to make this a special day. Clearly, it is not the idea of donning a costume or masking oneself for revelry (all elements of the Purim holiday, as well as Mardi Gras, and The Holy in India) that is a turnoff. But it is not just that. The same people that complain they don’t get anything from praying in a language they do not understand (i.e. Hebrew) are at peace chanting Sanskrit mantras in their Yoga class, closing their eyes and breathing deeply—something they would never do in synagogue!

I guess what I am saying here is that the core elements of religion—building community, marking significant moments in the course of a year or a lifetime, rituals that allow us to just be instead of think, repeating words that quiet the mind—are ALL still necessary for our wholeness and well-being. The message for those who remain inside the religious establishments is that people are seeking it and if they are to remain at all relevant, they need to find a way to overcome what is currently turning people off and find new modalities to deliver it. For if they do not, they will no longer merely be an endangered species; rather, they will go into the dustbin of history, an extinct institution that could not adapt to the demands of the post-modern age.

This is the great challenge that lies before us—recreating the Jewish community that embraces all who wish to join us as well as those who have, for one reason or another, become disenfranchised or never identified in the first place. And at the same time, we must keep those who never left fully engaged and committed. I know this can feel daunting, even overwhelming. I also know we have the talent, intelligence, and capacity to reorganize as one worldwide community working together for the good of all. After thousands of years of surviving, miraculously overcoming the odds of history that would have assigned us to the ash heap of dead religions and extinct peoples, we are once again called upon to bring transformation into the world. We are called upon to create an open door community that supports us, our loved ones, and anyone who would enter spiritually, emotionally, intellectually, and physically. A space in which we can all thrive.

Rabbi Terry Bookman is a respected, nationally known Jewish leader and the co-founder of Eitzah, Inc. He was named one of Newsweek’s “Top 25 Pulpit Rabbis in America.” Since retiring from the pulpit in 2015, Rabbi Bookman has taken on the challenge of guiding an “Era of ‘Transgeneration’” for the Mastery Foundation, a transformational interfaith organization. He is the author of three books on Jewish spirituality, as well as the co-author of one on synagogue life. Bookman’s new book, Beyond Survival: How Judaism Can Thrive in the 21st Century (Rowman & Littlefield) is published on May 15, 2019. Website: https://terrybookman.com/.

One thought on “Reveal Parties: What Do They Really Reveal?”