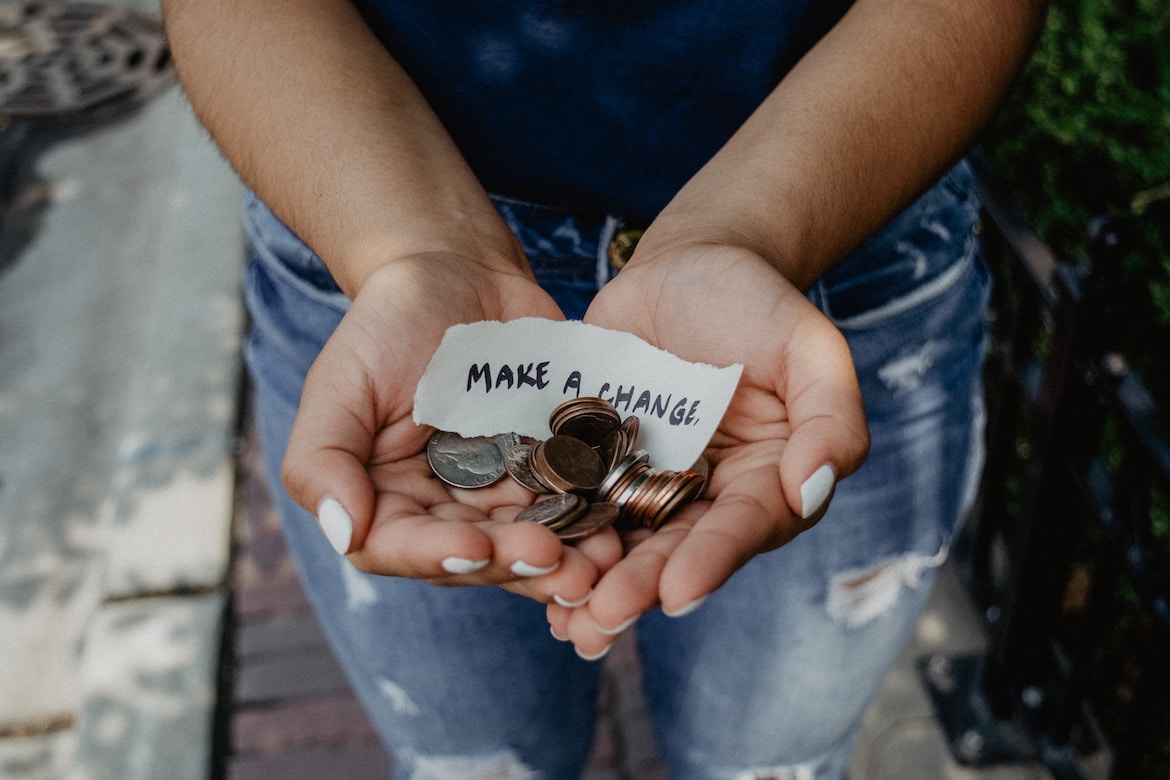 Photo by Katt Yukawa on Unsplash

[Editor's note: This is an important response to those who worry about getting or giving "handouts" to the needy, mistakenly believing that being a recipient of support makes them less worthy as a human being. Judaism requires care for the poor and the powerless, a direct repudiation of the false capitalist narrative that some people are better because they "made it on their own." That self-made fantasy ignores the huge amount that the rest of us contributed in funding the economic infrastructure, developing science and technology, providing education, and in so many other ways being the ladder on which the so-called "self-made" capitalists managed to climb (not to mention the hundreds of years of slavery in the US and elsewhere, including Australia, that actually built many aspects of the society that made innovation possible). Thanks to our ally Rabbi Zalman Kastel for pointing out another of the many ways in which the ideology of capitalism is in violations of the ethical commands of the Jewish religious tradition and Torah.
--Rabbi Michael Lerner, rabbilerner.tikkun@gmail.com]

Nine year old Bert Facey was a slave in 1904-5. He desperately wanted to escape the house of the stranger who had him working from morning to night, but could not. He was brutally beaten. His family’s terrible poverty deprived young Bert of schooling, and the love of family through his childhood and adolescence (1). He grew up resilient and stoic and is the author of the classic and inspiring book, “A Fortunate Life”. Despite his heroic life, it is a shame, he never received charity. My argument in this blog is that the acceptance of needed charity is a beautiful thing.

The Jewish mystic the Baal Shem Tov taught that taking charity is a sacred act. Like other solemn activities such as a wedding or prayer, it ought to be done with the right intention. In this case, it should be accepted with the intention of it being “for the sake of heaven”. [Thus] “the one who receives should not accept charity for superfluous items,... but instead to take what is needed to sustain oneself and one’s family as is appropriate and right [for them]” (2).

Let me pause here with a disclaimer. My intention in citing this teaching is not to endorse the implication that the poor should never have any luxuries. I interpret the second half of the statement that sets an aspirational standard of “appropriateness and right” as subjective, to be determined by the recipient rather than society. It is wrong for members of the community to police the poor to ensure they use what is given to them for necessities. (The virtues of not taking what is not needed is beyond the scope of this blog (3)).  Sometimes there are factors that others are simply unaware of (4) and so we must give people the benefit of the doubt (5).

Putting this aside, the point I want to emphasize is the way the Baal Shem Tov turns the focus away from the experience of the giver to consider the dignity of, and the spiritual significance of the act for the recipient.

Receiving charity is linked to what the mystics would regard as the holiest spiritual processes: the repair or “unification” of God’s name. Unification is a key underlying purpose of many of the rituals of Judaism. God’s name is split apart by human evil. Virtuous deeds reunite the four letters of God’s name. The exalted process is activated by the receipt of charity. The letter Yud י is shaped like a coin. The letters Hey ה (the 5th letter of the alphabet, linked to the number five) represent the hands - with their five fingers - of both the giver and recipient, and the letter Vav ו represents the giver’s arm (6).

One scholar tried to restrict the designation of the divine character of receiving charity to apply only to poor scholars who receive without asking for help. This restriction is dismissed (7). Regardless of how it happens, the act of receiving charity is considered a greater gift to the giver than what the giver of charity provides to the recipient” (8).

I love these teachings. On the one hand, I admire people like Facey, who despite all his troubles named his book “AFortunate Life” as an expression of incredible positivity and gratitude. However, we need to combine an emphasis on the virtue of resilience and self-sufficiency with the virtue of asking and accepting help when we truly need it. Like many others, I have tried both paths. Being tough and independent when I needed help, and later learning the value of receiving support. I am a better man for learning to do the latter, and I pay forward the support given to me to others who benefit from my strengthened self.

(4) Thank you to PS on the Facebook discussion for highlighting this.