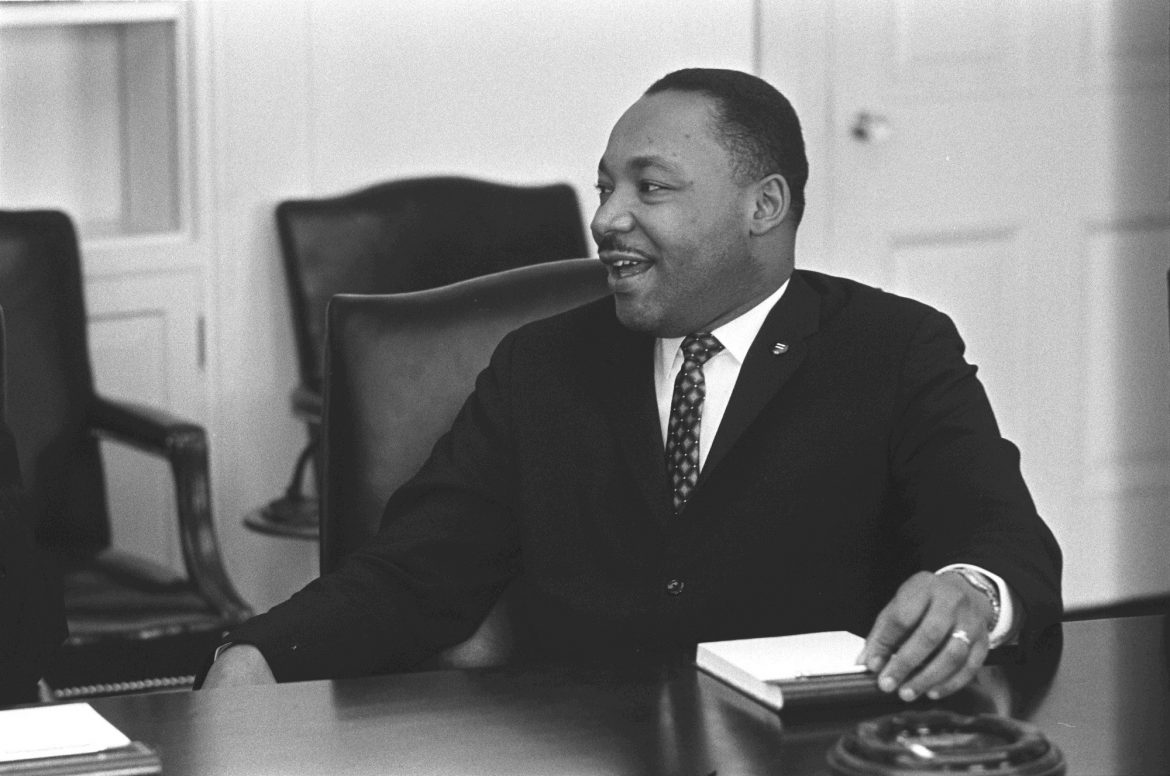 In 1936 a delegation of African Americans headed by Dr. Howard Thurman, a well-known figure of the Harlem Renaissance, called on Gandhi at his ashram in India. After hearing Gandhi speak, Mrs. Thurman pleaded, “We want you to come to America. . . we need you badly.”  Gandhi replied, “How I wish I could, but I would have nothing to give you unless I had given an ocular demonstration here of all that I have been saying.  I must make good the message here, before I bring it to you.”  This was his principle of svadeshi, or localism: you have to fulfill your work in your own circle of influence before trying to grow beyond it.  However, then Gandhi added a prophetic remark: “Well . . . it may be through the Negroes that the unadulterated message of non-violence is delivered to the world.”

If anyone can be said to have brought the unadulterated message of nonviolence out to the wider world, it was he.  The theory and practice of nonviolence have begun really to blossom in the last thirty or so years, and we can give a fairly concrete meaning to the term “unadulterated,” which Gandhi had called the “nonviolence of the brave,” or “of the strong:” in the field we call it principled nonviolence (PNV) today, in contrast to strategic nonviolence or non-violence with a hyphen, meaning simply the absence of (physical) violence.  Practitioners often explain that PNV is not just a technique but a way of life; I think it would be more accurate to say a state of mind.  Even as you strongly reject injustice you are not hostile to those acting it out.  These are the famous “two hands of nonviolence” of the late feminist and activist Barbara Deming: “I will not put up with your injustice,” but “I’m open to you as a human being.”

The power of this balanced force was brought out by someone on the receiving end, the great British historian Arnold Toynbee, who said of Gandhi, “He made it impossible for us to go on ruling India.  But he made it possible for us to leave without rancour and without humiliation.”  It’s a law of political dynamics that’s been discovered by all people of vision.  According to a well-known hadith, or saying of The Prophet Muhammed (PBUH), he once challenged his followers that a Muslim must help everyone.  Surely not an oppressor, they asked him.  And when he insisted, yes, even an oppressor, they asked, how?  He explained, “By preventing him from oppressing.”

Spiritual vision translates into political power, and nonviolence is the bridge.

Where we are today with all this was clarified for me recently by a verse from the Bhagavad Gita (xvi.9): “Those who hold the wrong view become the destroyers of the world.”  This is, alas, a perfect description of what we are now experiencing: the (militarily) most powerful nation in the world headed by a “malignant narcissist ” (an official diagnosis of the President) with a cult-like following who does seem hell bent not just on dominating the world (call that Dictatorship 1.0) but destroying it, along with his colleagues in Brazil and elsewhere.  And what, exactly, is their “wrong view”?  The Gita explains, these people are lokāyatas, ‘materialists.’  They are clinging the prevailing paradigm, or old story (as it’s now called) which has it that the universe consists of material particles that collide randomly to create somehow beings like us who have no overriding meaning, and no power to change this random order of things.  Condemned, in other words, to the practices of consumerism, competition, and eventually the violence that is now reaching its extreme, the extinction of all life.

Grim as it sounds — and is — there’s a slender hope.  This violence, while it’s arising from primordial impulses deep in the unconscious, is engaged and made active in the outside world by a “wrong view.”  Views can be changed.  But not, of course, by violence.  Violence might get you changes in behavior, but if you want to win hearts and minds you need nonviolence, or love.

King’s real importance lay therefore not only in the fact that he was an inspiring leader heading up a movement that changed history, or even the way increasing numbers are following his example around the world, but also that he was a visionary, a pioneer of the new story and therefore of human evolution.  When he says that their movement would “set our white brothers free” in the nonviolent process of freeing themselves, when he says,

All men (and women) are caught in an inescapable network of mutuality, tied in a single garment of destiny. . . This is the inter-related structure of reality.

Injustice anywhere is a threat to justice everywhere,

he is not only engaging a powerful strategy but witnessing the new vision behind that power.

“Through the deliverance of India,” Gandhi had said, “I seek to deliver the so-called weaker races of the Earth from the crushing heels of Western exploitation. . .”  It was not a one-man job; even if the man was Gandhi.  King and many others are putting their shoulders to the wheel; you and I also have our roles to play.  And each one counts.

Today we have quite a few thoughtful souls working out this story of the unity of life, the interconnectedness of meaning and the fundamental benevolence of the universe.  King was essential for not only giving it a public voice but showing what it can do.

Michael Nagler is President of the Metta Center for Nonviolence, and author of several books on spirituality and nonviolence, including the forthcoming The Third Harmony: Nonviolence and the New Story of Human Nature. He is currently working on a film on that subject which, along with a board game and a media campaign is part of Metta’s Third Harmony Project.