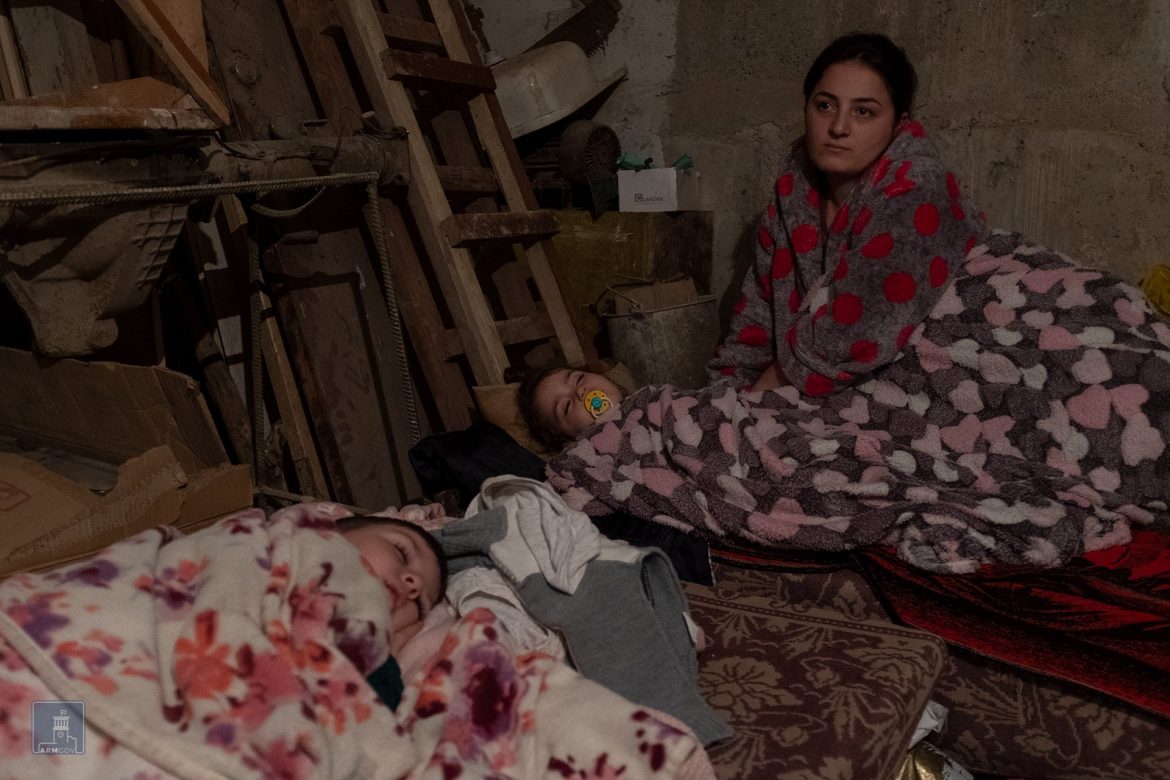 from the "Government of Armenia"

All but a tiny few Americans are unaware of what is going on in the South Caucasus.  Most are concerned with the impending election and the devasting impact of Covid-19.  With scant exceptions, only members of the Armenian Diaspora are closely following the devastating and deadly aggression against the tiny democratic Republic of Artsakh (Nagorno-Karabakh).

This small nation has historically been an integral part of Armenia and its population is virtually entirely Armenian.  But Joseph Stalin carved the region out of Armenia in 1921 and ceded it to the administration of Soviet Azerbaijan.  Armenians in Azerbaijan were regularly subject to discrimination and violence by the majority Muslim population in Azerbaijan.

In 1991, as the Soviet Union unraveled, Artsakh held an independence referendum where the large Armenian majority voted for independence.  In January 1992, the democratically elected leaders of Artsakh declared the independence of the Republic of Artsakh.  Since then, the young republic has been under constant attack.  This present aggression emanates as usual from Azerbaijan and supported by Turkey, regimes led by the authoritarian rulers that U.S. president Donald Trump regularly seeks to emulate.

I am one of those exceptions who follow the geopolitical developments in the Caucasus closely.  I have travelled extensively to Armenia and Artsakh, where I think I have valuable insights into that struggling young democratic Armenian republic.  I have spoken to several people, including governmental officials, current legislators, diplomats, and former Acting President Georgi Petrosyan.  I have also made some presentations in governmental and university settings and generally experienced some of the vibrant culture of that beleaguered young nation.

Both sides, however, lack trust in each other.  Since 1994, major skirmishes on the border have occurred regularly, resulting in numerous deaths and injuries.  As uncertainty between Azerbaijan and Arstakh increased, the probability of major armed conflict likewise increased.

The present conflict is grave.  Turkey’s autocratic leader Recep Erdogan has thrown full support to Azerbaijan’s equally autocratic leader Heydar Aliyev.  Thousands of Syrian mercenary fighters have been deployed by Turkey to fight against Artsakh and its Armenian ally.  Casualties on both sides are growing.  This is a continuation of the longtime aggression against the fledgling democracy.

Erdogan and Aliyev want nothing less than the return of Artsakh to Azerbaijan.  Such a result would be disastrous.  The Aliyev dynasty is reminiscent of regimes in North Korea with the Kim family and Syria with the Al-Assad family.  This is emphatically a major reason why Artsakh can never “rejoin” a nation that Joseph Stalin artificially and cynically cleaved out nearly a century ago.

But even more dangerous is the horrific persecution of Armenians.  Azerbaijan has a history of pogroms against the Armenian population.  They have continued, in fact, the Armenian Genocide starting in 1915, which both Azerbaijan and Turkey continue to deny to the present.

Why should any of this matter to Americans preoccupied with their own pressing problems?  The United States is in the grips of a massive pandemic and an economic depression.  Artsakh has a population of a mere 150,000 people––about the same as Pomona, California.   But its minuscule size and its geographically remote location are hardly the reasons why Artsakh should remain off the American radar.  It is a democratic country, with its own strengths and flaws. It has held free and open elections, certified as such by international observers.  That is entirely consistent with American ideals, fully worthy of its recognition and support.

Azerbaijan under Aliyev is the polar opposite, with its extensive crackdown of civil liberties and attacks on journalists, human rights advocates, and others who are deemed threatening to the government.  These people routinely face harassment, violence, and imprisonment.  The fate of Armenians in Artsakh under such a regime would be unthinkable.  Americans should be keenly concerned with such a prospect and take every step to ensure that such a fate never occurs.

Two years ago, I spoke informally to some young diplomats at the Foreign Ministry of the Republic of Artsakh.  Afterwards, some colleagues and I listened to an informal presentation from Artsakh’s Deputy Minister of Foreign Affairs Armine Alexanyan.  She offered persuasive reasons for Artsakh’s independence and generally revealed why the young nation is in the hands of vibrant and competent leadership.

At the end of her presentation, I asked her whether Artsakh should join Armenia and become a constituent part of that nation, fulfilling its long historical role and the probable will of the Artsakh population.  Her answer, however, was precisely why Americans ought to take an interest in that region.  She replied that this decision was truly up to the people of the nation.

The United States must support such an expression of self-determination and autonomy.  What happens to the 150,000 people in Artsakh is a matter for them to decide.  A choice of democracy over authoritarians is about the easiest choice America can face in its relationships with the countries of the Caucasus.  It behooves America, even more deeply, to understand that the present conflict transcends the small Republic of Artsakh.  I have little doubt that Erdogan and Aliyev ultimately seek the destruction of democratic Armenia itself.  Civilization must not permit this to happen.

Paul Von Blum is a Senior Lecturer in African American Studies and Communication at UCLA. He has taught at the University of California since 1968, first at Berkeley and at UCLA since 1980. He has received numerous teaching awards and is he author of many books and articles on art, culture, history, law, and education. His most recent book on African American art is Creative Souls: African American Artists in Greater Los Angeles. He has been a political activist his entire life, from the early civil rights movement to the present protests in 2020. He is also a member of the Bar and has worked with the National Lawyers Guild.