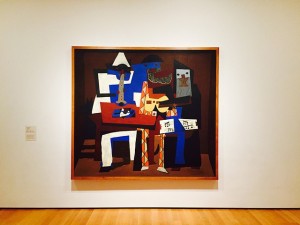 Image of Picasso painting in gallery courtesy of Pixabay

Hilton Obenzinger’s most recent book is Treyf Pesach, and his other books include Busy Dying, New York on Fire and This Passover Or The Next I Will Never Be in Jerusalem, which received the American Book Award. He is the former Director of Honors and Advanced Writing at Stanford University and is currently Associate Director of Stanford’s Chinese Railroad Workers in North America project, researching the lives of those who built the transcontinental railroad.