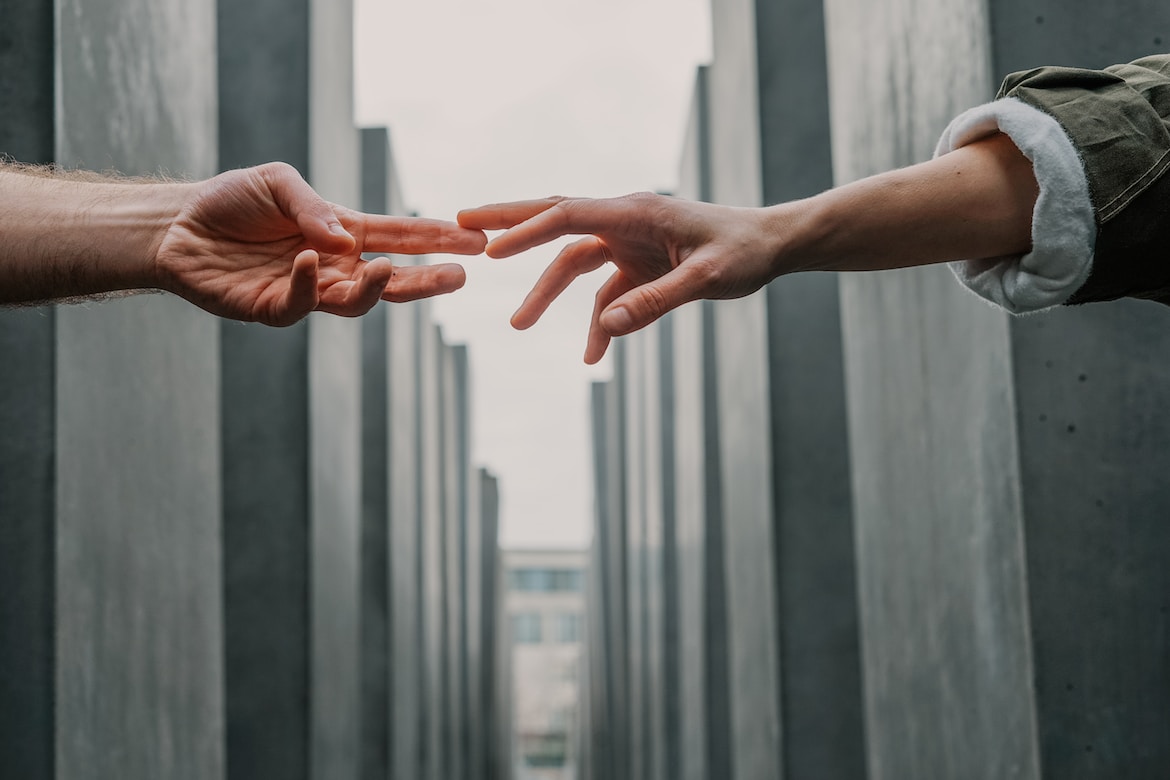 Photo by Toa Heftiba on Unsplash

[Editor's Note: Rabbi Kastel has been a friend of Tikkun ever sincere I visited Australia where he does important interface work as an orthodox rabbi trained by the Chabad/Lubavitcher branch of Judaism. Read below and you can see why we at Tikkun feel blessed to share his thinking with you! -- Rabbi Michael Lerner

P.S. You are invited to study Torah with me and Cat Zavis on this Shabbat February 6== details - Click Here (unless you already have the information on how to get on the Zoom for Beyt Tikkun’s Torah Study). We will even have a few moments to celebrate my 78th birthday after 'torah study from 12 - 12:30 pm (Pacific Time) and Ami Goodman will teach us some songs.]

My thoughts below relate to incendiary words and ideas. We know where these can lead. When words and ideas are deeply held religious beliefs and cherished traditions it is best to explore these and their various meanings. In that spirit I share my thoughts on the concept of "a Jewish soul" and "the chosen people".

The idea of the Jews being a “chosen people” (1) can motivate us in worshiping God (2) and service to humanity. I don’t think of it as me being better, or more worthy than virtuous people I know and admire who are not Jewish. However, there is a risk that the idea of being ‘chosen’ - if it is taken to mean that there is an intrinsic difference to the Jewish soul - can make some Jews feel less connected to, or to devalue their non-Jewish neighbours (3).

How we choose to understand ethnic identity can be compared either to computer software - that is installed and added on but not essential, or to hardware, in that we regard it as intrinsic to who we are (4). If it is software, the brotherhood of mankind is more plausible than if it is hardware. Jewish scholarship on this question is mixed and complex.

On the hardware side of the argument is the idea of a unique Jewish soul (5) which, according to a mystical perspective, is “a part of God” (6). However, this needs to be taken in the context of the belief that God is present in everything in existence. Even rocks, according to the mystics, contain a “divine spark” (7), although these “sparks” are deemed to differ between inanimate objects and different peoples (8).

We should not overstate the concept of the “Godly soul” because, according to its chief proponent, it is quite marginal to the lived experience of the Jew. The day-to-day life of the Jew is an experience of an “animal soul” rather than a Godly one. It is this animal soul that is the true everyday identity of the Jewish person (9). The Godly soul is something “that has been placed within him” (10) but is not him or her (11). It seems more like an obscure “plug in”, than a core element.

On the other side of the argument stands Maimonides (12). Repeatedly, he emphasises that it is an individual’s knowledge and motivations that are key to one’s spiritual standing. “Every person can be righteous like Moses” (13). “Every single person from all inhabitants of the world whose spirit guides him and whose intellect leads him to understand, to separate himself and to stand before God...to walk straight as God created him...he is sanctified [with the greatest holiness],“Holy of Holies”...” (14).

A Chasidic master put it: “Holiness is not found in the human being in essence unless he sanctifies himself. According to his preparation for holiness, so it comes upon him from on High. A person does not acquire holiness while inside his mother. He is not holy from the womb, but has to labor from the very day he comes into the air of the world” (15). Indeed, whatever faults one might attribute to a non-Jewish idol worshipper’s soul would also describe our Jewish ancestors when we worshipped idols in Egypt, “with no difference!” (16). Clearly holiness is determined by behaviour.

Regardless of hardware or software, the idea of chosenness is linked to service (17). One form of this service is the role of the Jews in bringing an understanding of monotheism to all humans and uniting them in worship (18). This emphasises the importance of humanity as a whole, and sees the role of the Jewish people to benefit mankind rather than one of self-centeredness. This is because “all humans are cherished by God, and the Righteous of the Nations are precious to God without a doubt” (19). Furthermore Jews are urged to approach this concept with humility (20).

I will end with a quote from one of the Rabbis, who, despite being aligned with the inherent differences approach, still strongly embraced love of all humanity. He wrote:

“The highest state of love of creatures should be allotted to the love of mankind, and it must extend to all of mankind, despite all variations of religions, opinions, and faiths, and despite all distinctions of race and climate. It is right to get to the bottom of the views of different peoples and groups, to learn, as much as possible, their characters and qualities, in order to know how to base love of humanity on foundations that approach action.

For only upon a soul rich in love for creatures and love of man can the love of the nation raise itself up in its full nobility and spiritual and natural greatness. The narrowness that causes one to see whatever is outside the border of the special nation, even outside the border of [the people of] Israel, as ugly and defiled, is a terrible darkness that brings general destruction upon all [efforts at] building of spiritual good, for the light of which every refined soul hopes (21).

Perhaps hardware or software does not matter quite as much as it would seem, as long as we can embrace all of humanity.

Notes:
I acknowledge Rabbi Hanan Balk and his essay referenced in the notes below as the basis of much of what I have written above.