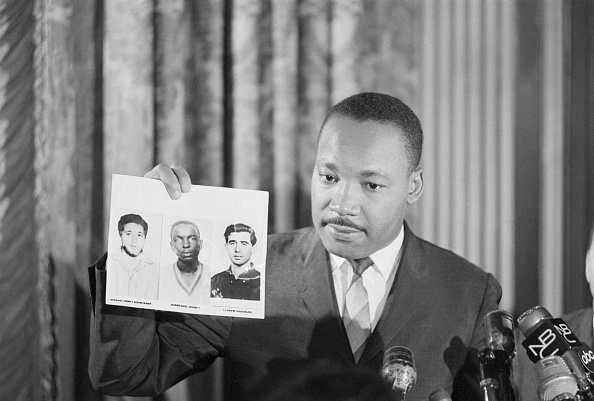 In a recent Public Radio interview Dr. Yolanda Pierce, Dean of the Howard University School of Divinity, expressed enthusiasm about the historical coalition which brought to the Senate Georgia Black candidate Raphael Warnock and Jewish White candidate Jon Ossoff.  It is “a reminder. . . that African Americans and Jewish Americans worked together during the Civil Rights movement,” she explained. But she went on to lament that this history “is not as known as it should be.  Even those who know something about it don’t realize how extensive it was.”

In keeping with Dr. Pierce, Clarence Jones, speechwriter and counsel to Martin Luther King, Jr. from 1960 to 1968 recalls Rev King telling him, "There isn't anyone in this country more likely to understand our struggle than Jews---Whatever progress we've made so far as a people, their support has been essential."

Warnock and Ossoff’s joint efforts which led to a historic first, raise the question whether the time is ripe for a renewed commitment to coalition-building between Blacks and not only Jews but all Whites committed to social justice and equality.

It has been more than 50 years since some leaders of the Black Power movement began to downplay or eliminate the role of White people in general and Jews in particular in the civil rights movement. In light of this, it is not surprising that in Ava DuVernay’s 2014 film SELMA, Jews are virtually eliminated, and the role of other Whites is underplayed.  This may be politically correct--the idea that Blacks have made and will continue to make progress with very little outside help prevails--but it is not historically correct.

Acknowledging and welcoming the help of others is a sign of strength not weakness.

With African Americans representing only 13.4% of the population broad-based ongoing support is crucial in order for Black people to achieve their goals.  The Congressional Black Caucus, a Black Vice-President, and a few dozen Black mayors and state legislators can’t do it alone. And as Reverend King clearly understood, the interests of working-class Black and White Americans overlap--he was in Memphis to support a sanitation workers' strike when he was murdered-- and require them to work together to achieve most of their goals.

While the tradition of White activists supporting Black freedom struggles goes back to abolition, it reached its modern peak in the 1960’s.

Mario Savio was one of numerous White college students who went South in the Freedom Summer of 1964 to support Blacks in their fight for civil rights. When he returned to U.C. Berkeley, he was outraged by the university’s ban on anti-racist student activities; he became one of the founders and leaders of the Free Speech Movement (FSM). Their demands included the right to support and help students in CORE and SNCC in demonstrations against Bay Area stores, restaurants, and corporations that discriminated against African Americans in employment practices. One protest led to 800 arrests; 10,000 students participated in another. FSM’s success was a major influence on students at universities across the country who demanded the right to organize and support anti-racist demonstrations and actions at the risk of being arrested.

Student Freedom Riders and Freedom Summer Volunteers were joined by people of all ages who kept coming south for years to help register Black voters, and integrate public accommodations even though they risked being assaulted, imprisoned or murdered.

Freedom riders James Zwerg and non-violent resistance champion James Peck were beaten senseless by angry mobs. Bob Filner, future Congressman and Mayor of San Diego spent two months in Mississippi prisons including the notorious Parchman Farm.  College student Judith Frieze was arrested with her fellow Freedom Riders and held in jail for six weeks for refusing to leave the waiting room they were integrating. Singer Theodore Bikel did time in a Birmingham jail.

Viola Gregg Liuzzo, and Andrew Goodman and Michael Schwerner, along with their Black compatriot James Chaney, were murdered by the KKK for registering African American voters.

Christian Clergy of all denominations including many nuns were over-represented in lending their moral support to Blacks, and as activists and freedom riders. They included school integration champion Father James Groppi, Jesuit priest John LaFarge who organized the National Catholic Conference on Interracial Justice, and Unitarian Universalist minister James Reeb murdered while on the Selma to Montgomery march.

Jews who make up less than 3% of the population were significantly overrepresented in all groups.

Jewish religious leaders included Rabbi Jacob Rothschild whose Atlanta synagogue was bombed in retaliation for his support of the Civil Rights Movement. Rabbi Philip Posner was arrested during an integrated sit-in in Jackson and spent 39 days in the Mississippi State Penitentiary at Parchman. Israel Dresner who went on numerous Freedom rides became the most arrested Rabbi in the U.S.; he was imprisoned four times.  Rabbi Arthur Lelyveld was beaten and bloodied for helping to register African American voters in Mississippi. Rev. King chose Indianapolis Rabbi Maurice Davis who had long worked for civil rights, to join him in the front of the March 21,1965 march across the Pettus Bridge; Rabbi Abraham Joshua Heschel walked with King. Heschel and King had met at a Chicago conference in 1963 where Heschel gave a speech entitled “Religion and Race,” and they became close friends.

Many in the entertainment industry stood up for integration sometimes at great risk to their own careers. Among them, Frank Sinatra insisted that orchestras backing him on his albums and live concerts be integrated. Benny Goodman was the first major White orchestra leader to feature Black musicians. Al Jolson recognizing writing talent in a San Francisco bellhop, Garland Anderson, paid his way to New York and put him in touch with producers. Anderson became the first African American to have a major play on Broadway.

While White abolitionists such as William Lloyd Garrison, the Grimke Sisters, and Susan B. Anthony have enjoyed some recognition, others like Elijah Lovejoy, who was lynched by a pro-slavery mob in 1837 for publishing an abolitionist newspaper, and John Stevens lynched by the Klan in 1870 are among the many forgotten Whites lynched for their support of abolition or their opposition to lynching of African Americans.

The Los Angeles chapter of White People for Black Lives sees “shaming and blaming” as antithetical to movement-building.  But rather than using positive reinforcement, too many activists are alienating potential White working class allies whose votes will be crucial in upcoming elections.  Trying to convince people struggling to pay the rent that they bask in the benefits of “white privilege” is beyond counterproductive.  Highlighting and celebrating Whites who stood up for their Black brothers and sisters would do more to build political power and encourage solidarity than guilt trips.

Alleging that acts of altruism are always driven by self-interest is simply false and discourages empathic engagement.

The horrors of slavery, Jim Crow, and lynching are now more widely known thanks to several museums including the Smithsonian’s National Museum of African American History and Culture in Washington, DC., the National Memorial for Peace and Justice in Montgomery, Alabama, honoring the over 4000 African American lynching victims, and the National Civil Rights Museum in Memphis.

America’s Black Holocaust Museum (ABHM) was founded by lynching survivor Dr. James Cameron.  He was inspired by his visit to Yad Vashem, the Holocaust Memorial Museum in Israel dedicated to the memory of the inhumane killing of six million Jews by Nazis.  Just as Yad Vashem honors the “Righteous among Nations – the many non-Jews who took “great risks to save Jews during the Holocaust ...at a time when hostility and indifference prevailed” one of these museums could create a memorial honoring “the Righteous among Whites.”

Hostility more than indifference now threatens the historic progress made in the 2020 election in Georgia. With Rev. Warnock running for election to a full term in 2022, Republican legislators are turning to a full range of voter suppression techniques to prevent him from succeeding. Black and White activists will have to work together again to secure his victory and to beat back voter suppression efforts now under way in dozens of states.

If an African American museum honored righteous White Americans, it would be an important step toward healing this nation’s racial divide and would encourage thousands of White visitors to do the right thing when it comes to racial justice.  Martin Luther King Jr. reminded us that “the arc of the moral universe is long, but it bends toward justice.”  But it will only bend that way if African Americans and enough empathetic White allies join hands and give it a good yank.

Retired not for profit executive Gary Ferdman did ten year stints with Common Cause and Business Leaders for Sensible Priorities/True Majority, which he created with Ben Cohen of Ben & Jerry’s. In 1968, he founded the University of Rhode Island chapter of Student Committee Against Racism.

Former Philosophy Professor Myriam Miedzian (https://www.myriammiedzian.com/) is the author of three books and numerous magazine and newspaper articles, op-eds and blogs on issues of public concern. In the 1960''s she volunteered for CORE and picketed Woolworth.