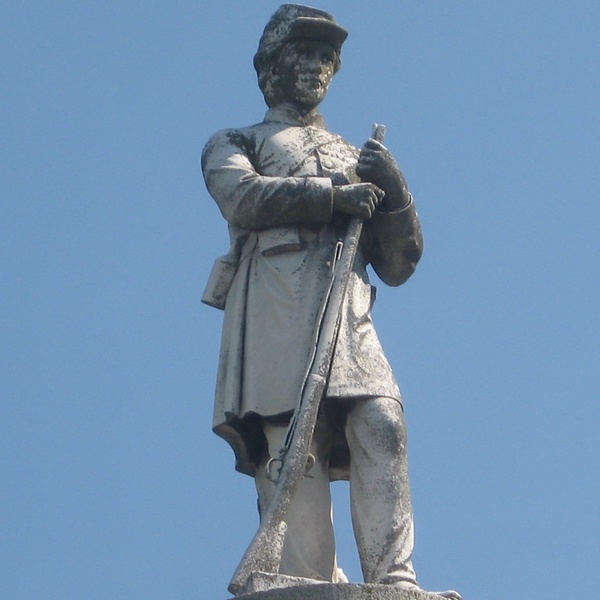 Monuments, statues, streets, schools, and military bases named or built primarily during the Jim Crow era to honor Confederate villains and reify white supremacy are again in the news. Many white Americans – led of course by the president – express horror at the efforts to rename these places and relocate monuments and statues celebrating those villains to museums or other appropriate places.

For some, this may come from widespread ignorance of American history itself. Thus, it is worth considering the following counter-factual narrative of Nazi history to try to understand the issue, which roughly parallels the actual history of America and African-American treatment here.

Imagine that Nazism did not last 12 years but rather two hundred and fifty. The final phase of total extermination was not quite as severe as in our timeline and far more Jews were kept alive in slave labor – naturally subject to mass rape and death - before they were finally freed after a war waged by other European states, many Jews taking active participation to seize freedom themselves.

Less than a generation later, however, the other European states wanted to unite, to “reconstruct” Europe and they didn't really like Jews either, and certainly did not want Jewish equality. They were just against slavery. So Europe reunited on the basis of Christian (“Aryan”) supremacy and Jewish disenfranchisement and oppression.

In order to celebrate that supremacy, lament the “noble, lost cause” of the “honorable” Nazi state, and remind Jews of their place, Germany built thousands of statues of Hitler, Himmler, Eichmann, and the other Nazi “heroes,” and named thousands of schools, roads, and even European military bases after them. Collectively, these formed a “topography of terror” (to borrow the name of one of Berlin’s most famous Holocaust museums) that literally made white supremacy concrete. During these years, Jews experienced continuous violence – lynchings, rape, and theft as well mass attacks on communities with the support or acquiescence of the state – and Jews were kept utterly separate, subordinate, disenfranchised, and impoverished by design.

After almost another century of this abuse – over three centuries after the start of this dystopian world - there was finally a push for Jewish equality (think about our civil rights era) and suddenly the Nazi flag was brought back as a symbol of German pride and culture. More statues were built as the swastika became a normative symbol of pride throughout Germany and even beyond, in parts of Europe that actually fought the Nazis, where it was considered cute, nostalgic, or even symbol of support for the racial/religious hierarchy of the past three centuries.

There was some progress in Jewish emancipation, but systematic discrimination at all levels of society persisted and, in some ways, even worsened. This new reality then persisted for yet another 50 years, at which time Europe elected a president dedicated to the honor of the “lost cause” and the Aryan (Christian) character of Europe.

That is where we stand right now.

Of course, this counter-history of Europe is not totally counter-factual. Europe was actually utterly complicit in the Atlantic slave trade, for example, and its early industrialization (and thereafter world dominance) was built on the foundation of that wealth. Moreover, Europe continues to suffer from strong movements of white supremacism, antisemitism and Islamophobia, particularly of late.

Nevertheless, most Americans would recognize the unacceptability of building and maintaining a parallel set of monuments and place names for Nazi heroes, and that regime existed for just 12 years. The original monuments were all torn down and place names renamed after the war; no one supports their restoration. And yet, there is no problem understanding European history upon visiting Germany or anywhere else. Monuments and museums built to memorialize rather than celebrate that history abound.

This should not be difficult. If you support Jim Crow (Confederate) monuments and place names, you are not simply celebrating the cause of rebels against our country. You are first and foremost supporting the celebration of four centuries of oppression and the continuation of infrastructure that imposed it. That is explicitly why those places were built and so named, and that is why they are celebrated to this day.

It is long since past the time that they be removed.