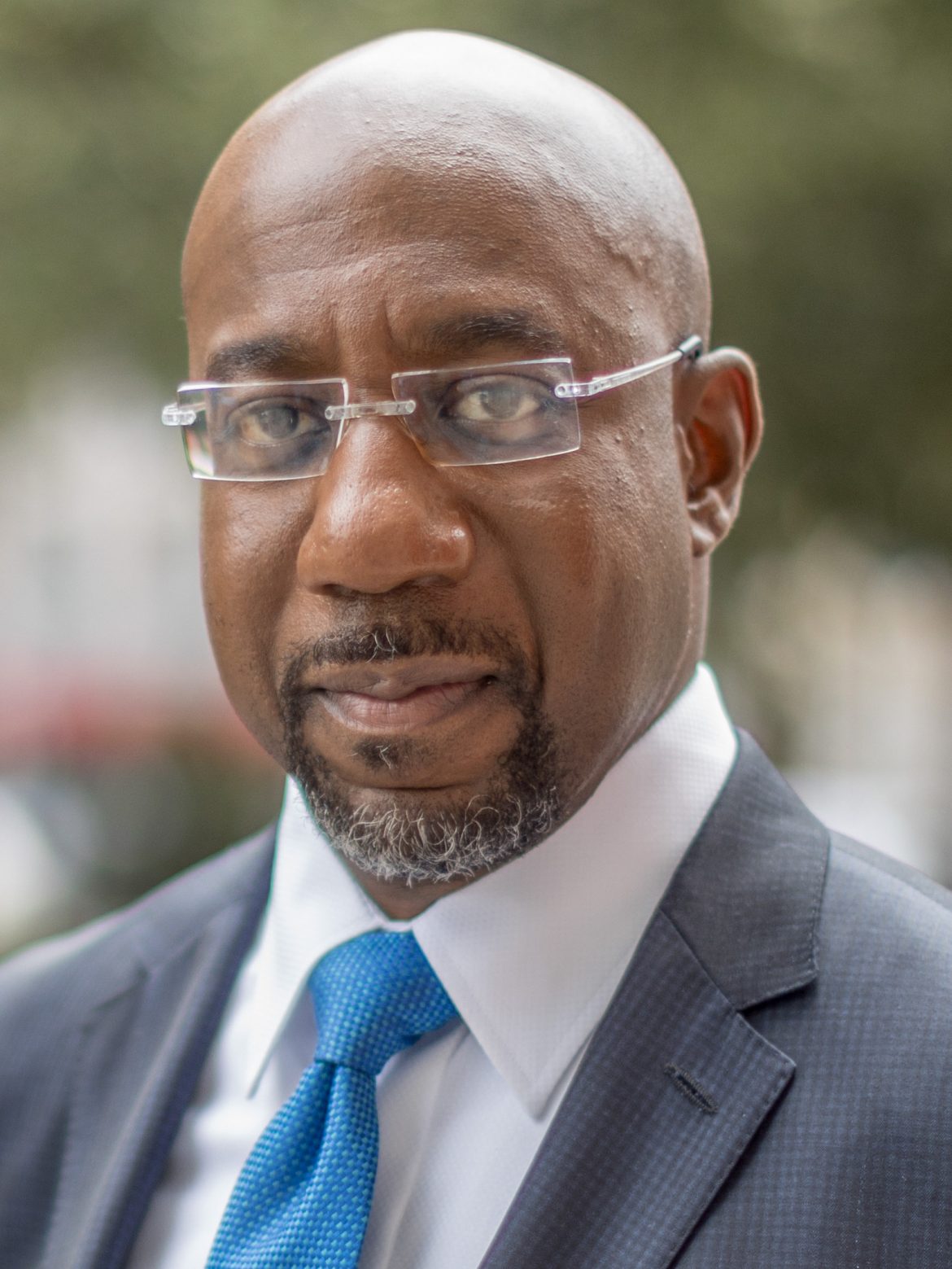 I, along with many Tikkun activists, joined with Rabbi Avi Weiss in 1995 to picket the NAACP “summit of Black leaders” when it included the rabid anti-Semite and homophobe Rev. Farrakhan. Avi knew that we took a critical stance toward Israel’s Occupation of the West Bank, calling it immoral and stupid, and supporting positions very close to that of Georgia Senate candidate, Reverend Raphael Warnock’s. But we were fellow Jews, so it was kosher for us to have those views, but apparently now Avi labels anyone an anti-Semite who holds those views. It is a sad reflection of the right wing radicalization of Avi’s “Open Orthodoxy” and a huge disservice to the Jewish people. Please read the article below by Joshua Shanes.

In Pain … Calling Out Our Beloved Rabbi Avi Weiss

This was not easy to write, but for those of us who live in the world of progressive Orthodoxy, we need a reckoning.

Rabbi Avi Weiss – founder of “Open Orthodoxy” – has again commented on an election, and once again to attack a politician of color for their insufficient support for Israel. Last time it was Jamaal Bowman, newly sworn in Congressman from his own district, whom he opposed for insufficiently one-sided support for Israel. This week it is about a far more consequential race.

In an inflammatory Times of Israel editorial, on the very eve of the Georgia special election that will determine control of the Senate, Weiss attacked Raphael Warnock – Reverend at Martin Luther King’s historic Ebenezer Baptist Church - as an antisemite, comparing him to Pat Buchanan, David Duke, and (as so often happen with any black politician) Louis Farakhan.

Warnock has not uttered a single antisemitic statement to my knowledge, let alone joined an antisemitic campaign or group. On the contrary, he’s actually quite close to many Jewish leaders and enjoys a wonderful relationship with the local Jewish community, as Deborah Lipstadt recently documented.

Indeed, Rabbi Weiss did not bring evidence of a single such statement. Instead, the statements that Weiss attacks are mainstream critiques of Israel uttered by a man who publicly opposes BDS, opposes conditioning aid to Israel on Israeli adherence to international law, and calls for two states in Israel/Palestine, allegedly the demand of AIPAC and Rabbi Weiss himself. None of this should have been necessary, of course! No politician should have to pass this litmus test in order to avoid charges of antisemitism, and yet politicians of color are time and time again singled out by Jews looking for a whiff of connection to bogeyman like "Farakhan" or "Reverend Wright," forcing them and them alone to pass through “pro-Israel” litmus tests or risk being labeled “another Farakhan.” (When was the last time a Jewish politician had to defend themselves from the racist and extremist positions uttered at their synagogue’s pulpit?)

For example, Warnock opposes the boycott, divestment and sanctions (BDS) movement, but also supports the right of advocates of boycott to express their views. Weiss brings this as evidence of his antisemitism. In what universe is this antisemitic?!? This is a basic affirmation of the first amendment right to engage in nonviolent economic boycott and to defend that in speech. Suddenly affirming others’ right to that view equals espousing it himself, and ergo espousing and propagating antisemitism?

More seriously, he complains that Warnock compares the West Bank – what Weiss calls “Judea and Samaria” – to apartheid, insisting that “Palestinians maintain full control of the cities under their rule.” First of all, that’s simply false. Palestinians do not have full control of any area in the West Bank. Israeli soldiers can and do enter any area of the West Bank – including Area A – at will and act there at will. Every Palestinian in the West Bank is subject to Israeli control and violence in a myriad of ways. Moreover, it’s a circular fallacy arguing that Palestinians who enjoy self-rule, enjoy self-rule. The fact is, leading scholars of international law – including Israeli scholars and politicians – have called this situation akin to apartheid. To compare Warnock to David Duke for espousing the same is outrageous slander, a misunderstanding, and redefinition of “antisemitism,” and once again an attack almost always leveled at people of color.

His other complaints likewise all focus on Israel, all complaining that Warnock is insufficiently committed to Weiss’s own extremist political view of the subject, a view which ignores all of Israel’s well documented human rights violations, systemic and stochastic, and demands that others do as well. His view of the separation wall, for example, only reflects on the lives of the Jews it serves, without any sense of what it means to be a Palestinian controlled by that regime and its walls and checkpoints, with no rights or protection from the state that rules them.

I have to ask: Rabbi Weiss, is your support for black equality – let alone for Warnock’s and his party’s broader political goals – contingent solely on his acceptance of your views of Israel? Is that the transactional arrangement you imagine? Is that the approach of an ally? Why are you judging this important Black American leader solely based on his views of Israel, which are (not incidentally) perfectly mainstream? Do we not live in America? Indeed, doesn’t Torah mean more than this? Shouldn’t the values of social justice, care for the destitute and foreigners, worker protections, and equality for women at least play a role in the Jewish vote?

Meanwhile, Warnock is running against Kelly Loeffler – against whom Rabbi Weiss said nothing – who has been campaigning openly with leaders of the Klu Klux Klan and the equally antisemitic and far more dangerous QAnon, with her party focused mainly on Warnock rather than Jon Ossaff because the white Democratic candidate was seen as too boring to attack, and their fear-mongering about “radicalism” more likely to stick on the dark-skinned Reverend Warnock. Indeed, just this week she was exposed for advertising his face highly darkened.

This deserves repeating. Rabbi Weiss has chosen to attack this candidate, and not his racist opponent, and not Senator Perdue who has likewise engaged in antisemitic campaigning, for example posting images of Ossoff with an enlarged nose. He’s attacking THIS one: a compelling, African-American candidate who has a shot at the Senate at a time that his state and our country desperately need more such representation, and in a race that will determine whether Trump's and McConnell's party maintain power over all legislation and appointments: health care, racial justice, political justice, judicial justice, life itself. And he has done this at a moment that the Republican party - including specifically these candidates - is engaged in a criminal conspiracy to overthrow the election because they believe that no black votes, indeed perhaps no Democratic votes, should really count.

And he did it by calling Reverend Warnock an antisemite because he occasionally expressed mainstream criticism of Israel that does not align with his rightwing worldview grounded in Jewish supremacy in Israel, even as Warnock reiterated his support for talking points of AIPAC, whose conference he visited.

In short, Rabbi Weiss is supporting the candidate, and the party, of systemic racism. And he is doing it because his commitment to Jewish supremacy in Israel and lack of empathy for Palestinian lives is so profound – and I know this must be hard to read because of his well-known commitment to radical love – that it has spilled over into a lack of empathy for black lives, and not only black lives but all of those who will be affected by this election. Should Warnock lose to Loeffler – who again, has been campaigning with the KKK and QAnon – it will mean a Republican Senate and the continued threat to healthcare, and economic and racial justice by the Republican Party, as well as the stifling of judicial reform and much more.

It is very nice that Rabbi Weiss rushed to Charleston in 2015 to comfort the mourners at the AME church, as he reminded us in this article and on other occasions. But it seems to me that what African-Americans need is not sympathy but rather power and representation. They need power to affect change and representation to fight for their interests and inspire young people to aspire themselves. Rabbi Weiss’s statement defending Black Lives Matter was wonderful, its rarity in the Orthodox world a sad testimony of its terrible state. But words won’t save black lives. More black leaders in power, and empowered, committed to challenging the status quo – that is what will begin to save black lives.

Jamaal Bowman reflects that power and representation, and God willing so will Reverend Warnock. Weiss’ article, on the eve of the election, will tragically sway some number of votes to Loeffler. That is not humanist. That is not progressive. That is not the act of an ally who cares about black lives, or frankly the lives of other American struggling under the current regime.

That is his choice, but it is one that is not in line with the progressive values for which I thought Open Orthodoxy stood. Surely the protection of the defenseless, the expansion of health care, the protection of our environment, and equal justice are concerns to which our denomination – our Torah - speaks? Is the only real issue whether a candidate expresses concern for Palestinian rights without laying all the blame on their own leaders?

Ultimately, it proves again how ethno-nationalism poisons and corrupts everyone and everything it touches. It teaches me that "progressive Orthodoxy" must purge this ideological scourge from its guts - where it currently resides - if it is to have any meaning whatsoever.