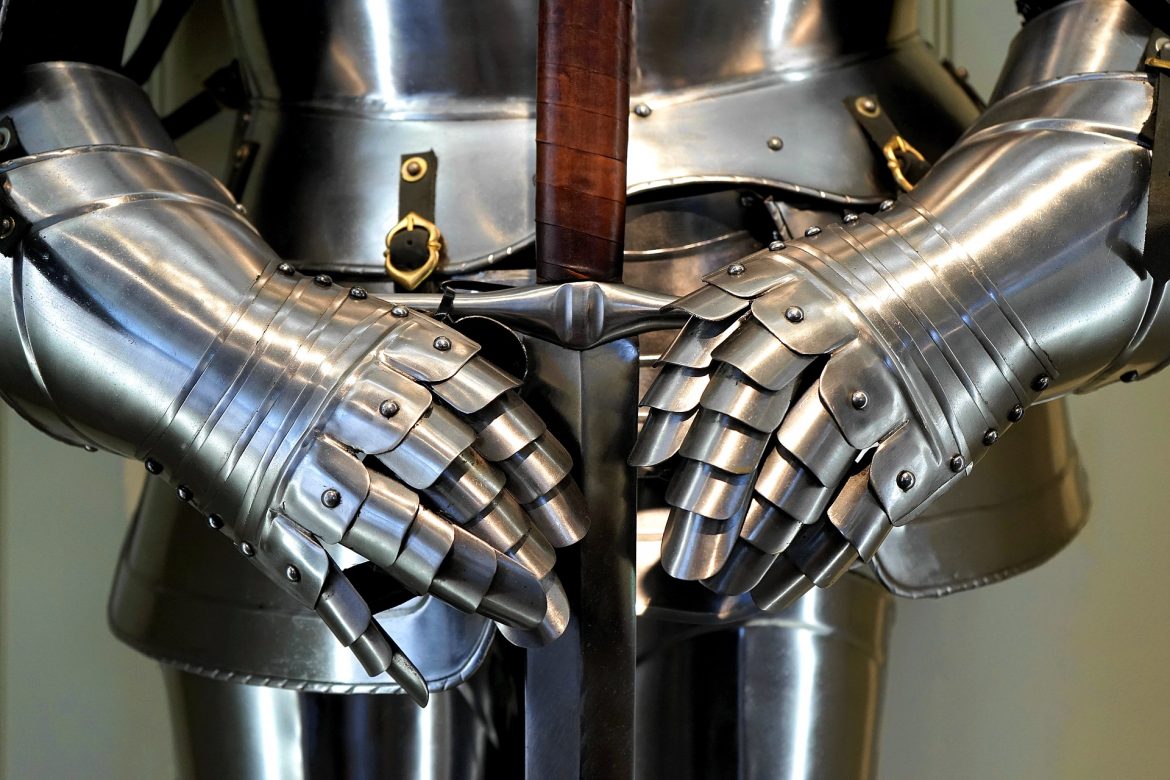 Over 100 years ago, a somewhat conservative poet, Alfred Lord Tennyson, wrote about the legendary King Arthur being denounced by a cruel and savage rebel lord, yelling at  him in a drunken rage for establishing the moral values of chivalry.

The lord, referred to in the poem as the Red Knight, cried out,

“Lo! Art thou not that eunuch hearted king,
Who fain had clipt free manhood from the world?”

In his personal life Tennyson himself had a striking familiarity with that mentality.  His father was an alcoholic, who beat Tennyson’s mother. Possibly because this created a trauma in Tennyson’s childhood, in many of the poems throughout his life, Tennyson warned of the dangers of this view of manhood.

Recently a conflict, hauntingly similar to the fictional one between Arthur and the Red Knight, has gained national attention in our own country.

It came to a head at the start of this year, when the American Psychological Association (APA) released a report after decades of research concluding that certain traits traditionally associated with masculinity, such as aggressiveness, can be destructive and self-destructive.

This report has come under angry attack from many, who claim to be conservative.  Their arguments seem reminiscent of those of Tennyson’s Red Knight.  They indicate the APA report is part of a conspiracy both by feminists and those on the left to intimidate men into repressing their natural aggression and turn themselves  into sissies and wimps.

What the APA report showed and what some with childhood memories might understand, was that a great deal of male destructive aggressiveness has not come from males “doing what comes naturally,” but from what they are pressured into or more literally indoctrinated into, in much the same way some young people have been indoctrinated into ideologies or cults.

Since childhood boys have been indoctrinated into a bogus version of masculinity and a compulsion to conform to it. They are brainwashed into a fear of anything labeled sissyish, a phobia about acting feminine.

The brainwashing is inflicted by school bullies, and also by some teachers and parents.

Whenever boys exhibit traits that are labeled feminine or sissyish, the bullies inject tormenting doses of shame, creating self-hatred.

To escape such feelings of self-hatred, many males conceal or block out their authentic, spontaneous selves and create new personalities that fit the rigid ideological version of masculinity and then go pressuring others into this ideology as well. In short, they have essentially been bullied into becoming bullies.

Conservative critics have rightfully objected to the widely used label “toxic masculinity,”  which fortunately hadn’t been used in the APA report. Though masculinity is not toxic, It is clear that the ideology males are pressured into, in the name of masculinity, is toxic indeed.

(1) This “masculine” ideology tends to destroy men’s chances for academic and vocational success. It has been noted that since the 1950s boys have fallen behind girls in schools.  This is because in school peer groups boys interested in learning were considered nerds and geeks. Young girl had similar problems. Many feared being too smart would make them unattractive. This was reduced by the rising popularity of feminism. With boys this does not seem to have changed.

(2) This “masculine” ideology destroys a male’s sense of life.

Dr. William Pollack, a well known psychologist from Harvard University, who has studied boys, states that many boys are pressured to feel that all emotions are sissyish, except anger.

To the extent men feel shame about their positive feelings, they hate their capacity to love.

This even destroys the joy of casual sex.

As many women in the Everyday Sexism Movement and the Me Too Movement might testify, many instances of sexual harassment (such as a man grabbing the woman’s behind) are not expressions of attraction for the woman, but a desire to degrade her and on a deeper level to degrade femininity, essentially,  reassuring the man of his masculine aggressiveness and that he is not an unmasculine sissy.

(3) This “masculine” ideology causes males to hurt each other emotionally and physically.

Years ago psychiatrist Jean Baker Miller noted, “Boys are made to fear NOT being aggressive lest they be found wanting, be beaten out by another and, worst of all, act like a girl.”

Many grow up feeling that in order to win respect as a male, they must show an aggressive, in-your-face disrespect for others, while responding very aggressively when anyone shows disrespect for them.

This leads to violence.

That starts in childhood. For generations since the fictional Tom Sawyer, it has been assumed by some, almost as a matter of dogma, that any “real boy” must get into fistfights.

As boys reach adolescence, such attitudes often escalate. In 1994 sociologist Elijah Anderson noted in The Atlantic that within poorer areas kids try to “prove” their “manhood” by killing. Today in many ways violence has escalated much further with an epidemic of mass shootings in more affluent high schools and killings because of quarrels over trivial issues, such as “road rage,” irritation over someone else’s driving.

The APA report speculated that this is because of their fear that feelings are sissyish. The report noted this would make males more reluctant to talk about their emotional problems with friends and loved ones, or seek professional help. One suspects many of their emotional problems may come from an insecurity about being able to meet the general spirit destroying demands of the masculinity ideology.

The APA report added that because of an excessive emphasis on independence, males are reluctant to seek help from medical doctors for physical problems. Such neglect can cost them their lives.

One might add that many young boys get led into self-destructive activities like taking addictive drugs, driving too fast and driving while drunk, because they are afraid their peers will consider them unmasculine sissies.

Fortunately with this destructive “masculine” ideology, the vast majority of males do not accept the full party line of the “masculine,” but to a greater or lesser extent, this ideology has had some effect on almost all of them.

Dr. Ryon Mc Dermott, a psychologist, from the University of South Alabama, who worked on the therapeutic guidelines listed in the APA report, suggested the clinician’s role can be to encourage men to discard the harmful ideologies equated with traditional masculinity, such as violence and sexism.

Not only psychologists, but religious leaders, educators, those in the media, parents, and kids themselves can challenge and expose such irrational and delusional ideas of masculinity that can ruin and destroy people’s lives.

If men and boys can stop falling for these delusions, they can heal themselves and heal our society, save lives and live more abundantly.

Unless men can free themselves from this mentality or cult, we will never be able to stop the current environmental crisis or other ones that may arise, no matter what political or economic system we come up with.

There are some who have expressed fears that if we criticize the compulsive masculine aggressiveness, we may be endangering the spirit of masculine heroism.  They point out instances where males responding aggressively have saved lives, such as three men charging at mass shooters stopping them from killing before police were able to get there or one man protecting his rabbi when his synagogue was attacked.

Dr. Mc Dermott himself noted that while psychologists start encouraging men to discard harmful ideologies of aggressive masculinity, they should find “flexibility” and encourage  the potentially positive aspect of our conceptions of masculinity (courage and leadership).

That is indeed valid advice.

I cannot help suspecting, though, that there is a wide difference in the motivations of those wreaking destruction because they were caught in the ideology of aggressive masculinity and those heroically rescuing those in danger.

The answer is the rescuers were concerned with meaning, the meaning of people being hurt and endangered and a general meaning of moral values. I believe they were not simply seeking to let out their aggressive impulses.  They were not out to prove their masculine aggressiveness.  If they wanted to prove anything, it was to satisfy themselves that they had the moral virtue of courage.

In a larger sense, though, we must realize such heroism should not be seen as a “masculine virtue.” In the case of the previously mentioned synagogues attack, a woman gave her life to protect the rabbi.  These heroic values are open to all genders on a nondiscriminatory basis.

The points made here are a central part of the reasoning that Rabbi Lerner uses in his forthcoming book Revolutionary Love to encourage men to embrace what were previously mistakenly stereotyped women as weak: namely their ability to demonstrate caring for others. Lerner argues that part of the resistance to Tikkun‘s New Bottom Line of Love is that many men (and women seeking to be successful in the world of work) think that embracing love at the center of a progressive agenda will render men less powerful since too many people associate love with something soft and mushy. Revolutionary Love seeks to change that–and it is precisely that theme that led Gloria Steinem to endorse Lerner’s book (which will be published in mid-October).

Ron Seigel has been a journalist for nearly 50 years, writing on grassroots communities and philosophical issues, whose work has appeared in newspapers both in Michigan and on the national level. He has been a human rights activist.