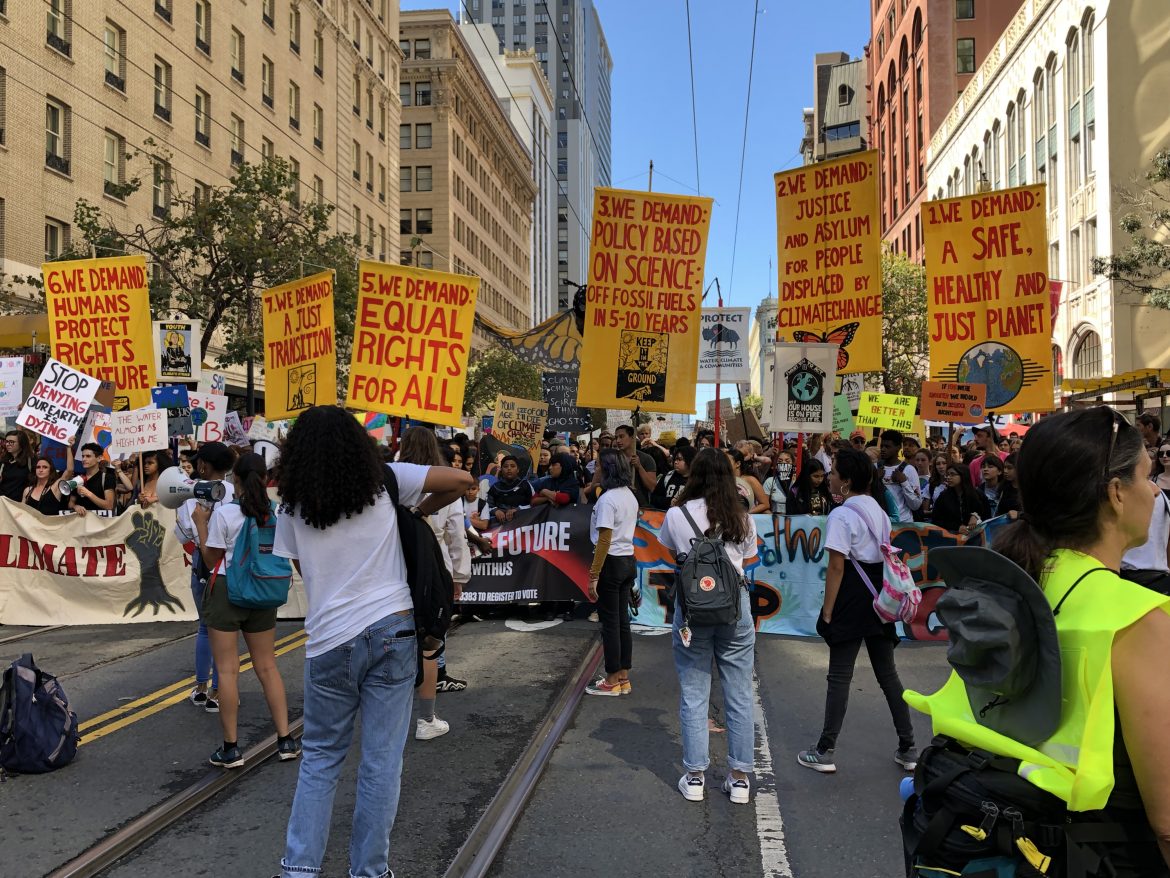 Today we at Tikkun and many spiritual progressives around the world joined the worldwide Climate Strike, in San Francisco and many other locations led and organized by Youth vs. Apocalypse. The organizers brilliantly linked issues of climate justice and migrant justice, political ineptitude and the call for a Green New Deal, corporate profit and fair wages and environmental destruction, and the separation of children at our borders and wars and climate devastation.

In San Francisco, we were joined by thousands of people of all races, ages, genders, ethnicities, and religions – led by school children who skipped school (from grammar school on up) to lead and participate in marches throughout the country. We marched in unity to save the planet. It was a spectacular and inspiring day. Along the march we stopped at Nancy Pelosi and Diane Feinstein’s offices, demanding that they support a Green New Deal; Bank of America, challenging their investments in fossil fuels that destroy indigenous communities; Amazon, demanding they stop cooperating with ICE and pay their workers fair wages; Black Rock, telling them to stop funding companies that are burning the Amazon rainforest (with the chant – “Black Rock, Black Rock, How much do you earn, For murdering our children as the Amazon burns?”); PG&E for their negligence that has caused massive fires, paying executives and stockholders millions of dollars and fighting against renewable energy; and ICE because of their family separation policy, including placing children in cages, when many are fleeing due to weather disasters. It ended with speeches by children of all ages, some as young as 5, and elders, from near and far.

We were inspired and hopeful. If 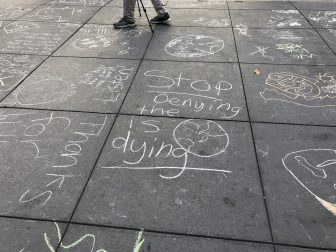 you were there at one of these events, send us a note about your experiences! As you know, we believe that these kinds of demonstrations are important as one part of a strategy, and that they also need to be linked to a larger strategy and a vision of the world we want. When these two are joined, real transformation will ensue. Today we are feeling hopeful!! Hope you are too.

Cat Zavis is the Executive Director of the Network of Spiritual Progressives and the Co-Editor of Tikkun magazine. She is also in the Aleph: Alliance for Jewish Renewal rabbinic ordination program.