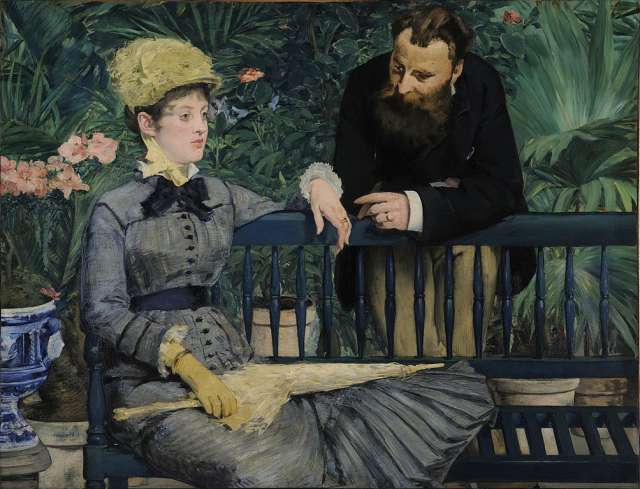 For years after, you will ask yourself, Should I have held her that night? Do you hold someone who tells you this? You won’t remember holding her...

After dinner his father would sit across the formica kitchen table and fire words at him. Bellicose, symbiosis, cartilaginous, revenant. The rule was, he did not have to go to bed until he got a word wrong.

In the 1980's, few Americans knew much about life in the territories Israel had occupied in 1967. Fewer still understood the PLO's historic offer to settle for a state in less than half what had been Palestine. Yet in 1989, the San Francisco Mime Troupe produced Seeing Double, a mistaken-identity farce that argued for a two-state solution. The seeming unfitness of the genre for the topic proved the secret of the show’s success: laughter allows room for hope.

There was another picture of her at their wedding. Two young boys in coffee-colored suits stood behind them, holding guitars way too big for their bodies, surrounded by a crowd of what must have been a hundred, their priest dressed in white toasting them with a big glass of red wine.

The Women's Balcony, a movie which captures a beautiful
slice of Israeli life, is a huge upper at a time when many
people are feeling depressed and saddened by the state of our world. The movie captures the way that Jewish women have been
marginalized in parts of the Israeli Orthodox religious world,
and how they mobilize themselves to achieve power in the face
of rabbinic authority that is dismissive of their concerns. Yet this is
not another of those "religion is evil" or "men are jerks" kind of
dismissals, but rather a sensitive portrayal of how men and
women find a way, even within the boundaries of orthodoxy, to
recapture each other's humanity, to stand up against irrational
rules, and find a path that is at once affirming of women and
affirming of parts of the Jewish tradition that these Israeli women
wish to retain in their lives. It is, in its own caring and complex way,
a celebration of the actual and potential power of Jewish women, and
it's highly enjoyable to watch.--Rabbi Michael Lerner, Editor, Tikkun Magazine

By Raymond Barglow
Last week I handed myself over to a medical team at Kaiser-Oakland that did a cataract surgery on my eyes.  My symptom?  I couldn’t see clearly, and no eye-glass prescription was sufficient any longer to fix the problem.  Then a doctor at Kaiser told me: there’s clouding in the lenses of your eyes that’s been building up for many years; cataract surgery will replace those lenses with new artificial ones, thereby repairing your vision. Immediately following the operation, I discovered that I could now see blue as never before in all my years (within memory) of viewing the world around me!  Turns out that an eye cataract sometimes adds yellow to the visual field, and the surgery corrects that.  Before the surgery, with both eyes affected by cataracts, it had been as if I were unknowingly wearing a pair of sunglasses that painted everything with a veneer of yellow.  Now, when I view the world through born-again eyes, I see an astonishing gamut of shades and textures of blue. There’s a bower of blue-violet flowers above the gate just outside my house, and it’s breathtaking to let my eyes fall upon it.  And when I see a shadow now, I often notice that it carries just the slightest sheen of blue.  I’m reminded of what the 19th-century French impressionists did with shadows, although I used to believe that they were inserting color where none at all exists in reality.  I was wrong!  And two centuries earlier, Vermeer also had imported blue masterfully to the canvas.

Poetry: The Ten (or so) Plagues by Nicola Morris

God is a visual and auditory learner
his angels say.  He doesn’t like to read
but show him a picture of twenty dead
children, tell him he’s the least popular god
in the history of gods and then he’ll drop
fifty nine Tomahawk missiles. Pictures of bear cubs or wolf pups don’t move
him though. He signs the paper allowing his
chosen people to murder them.  Sioux
or Lakota stories of river water diluted
with oil or blood excite him. Either no-one told him the story
of the earth heating up or
he wants the seas to rise. He sends all those dark people
who worship different gods
away.  Only his chosen people
can stay.

The bats cross and recross the dusk. What they hear is theirs to eat. Wind chimes admit the many worlds

through. Our key lime comes to bloom. We’re living here in spring—a blaze

The Incident at Our Lady

Phil had Sheila on the mind when he walked into one of the BOYS bathrooms at Our Lady of Peace Elementary in West Russelsburg. He’d started his shift as Second Security Officer at 6:00am, about an hour before most teachers get there, and about an hour and a half before the earliest kids get dropped off for the Before School Fitness Club, which was really just thirty minutes of kids running in circles on the field while one of the coaches watched, thirty minutes of free daycare and an earlier arrival at the office for the parents who didn’t care if they made their poor kids show up sweaty for the 8:00am Daily General Assembly. Phil had Sheila on the mind when, at about 9:00am, the school was quiet except in the classrooms and he’d walked down the quiet hallway in the main classroom building and walked into one of the BOYS bathrooms. He’d been thinking about her all morning, as usual, and he’d been thinking about their seventh date—set to happen that night—and the fact that he was now going by Phil instead of Phillip, all because on their first date, three weeks ago, she said in a nervous fast-talking first-date kind of jitters voice, Phillip? Phil? Is that you?

My husband came in the front door and said I needed to go out and amuse our neighbor, Sharon. She was trying to sell her parking space to Cubs fans and was getting bored. Before she stood with her sign, her husband John had tried his luck for about 15 minutes.

Sharon was leaning against a parked car with her sign for E-Z Out Parking, $40. In a couple of hours Game Four of the World Series!

The gravestones rose at the top of the hill. They were black or gray, clumped together geometric and precise as if for protection from the outside world. He was mindful of how in the old country, people broke the things of the living and the dead when they vandalized cemeteries.

A Call for Love in the Face of Hatred: Rabbi Lerner’s talk at Muhammad Ali’s Memorial

In case you who missed it, here's Rabbi Lerner's talk at Muhammed Ali's funeral. His vision is all the more relevant given the horrific killings in Orlando and the way it is being used to promote fear, hatred and Islamophobia. It has gone viral on social media and inspired over a million people already. If it inspires you as well, please read below for how to be an ally with Rabbi Lerner to help build the world he describes.

Reflections on Fraud and Deceit: Or, Four Splendid Summer Reads

Like Woolf’s soliloquies, Hoang’s cry out in despair, ranging in topic from the death of her sister to the verbal abuses of her then-boyfriend. And yet, like Woolf’s, her language somehow basks in that despair, flourishing even.

Instinct: Ernst, Estelle, Buffy, the Birds, and the Rat

Sixty-seven is not young, after all, though it is a ridiculous age at which to undergo a divorce; he simply refused.

I know she loves me. She’s told me as much. And I’ve tried my best to love her back, and I do—or have.