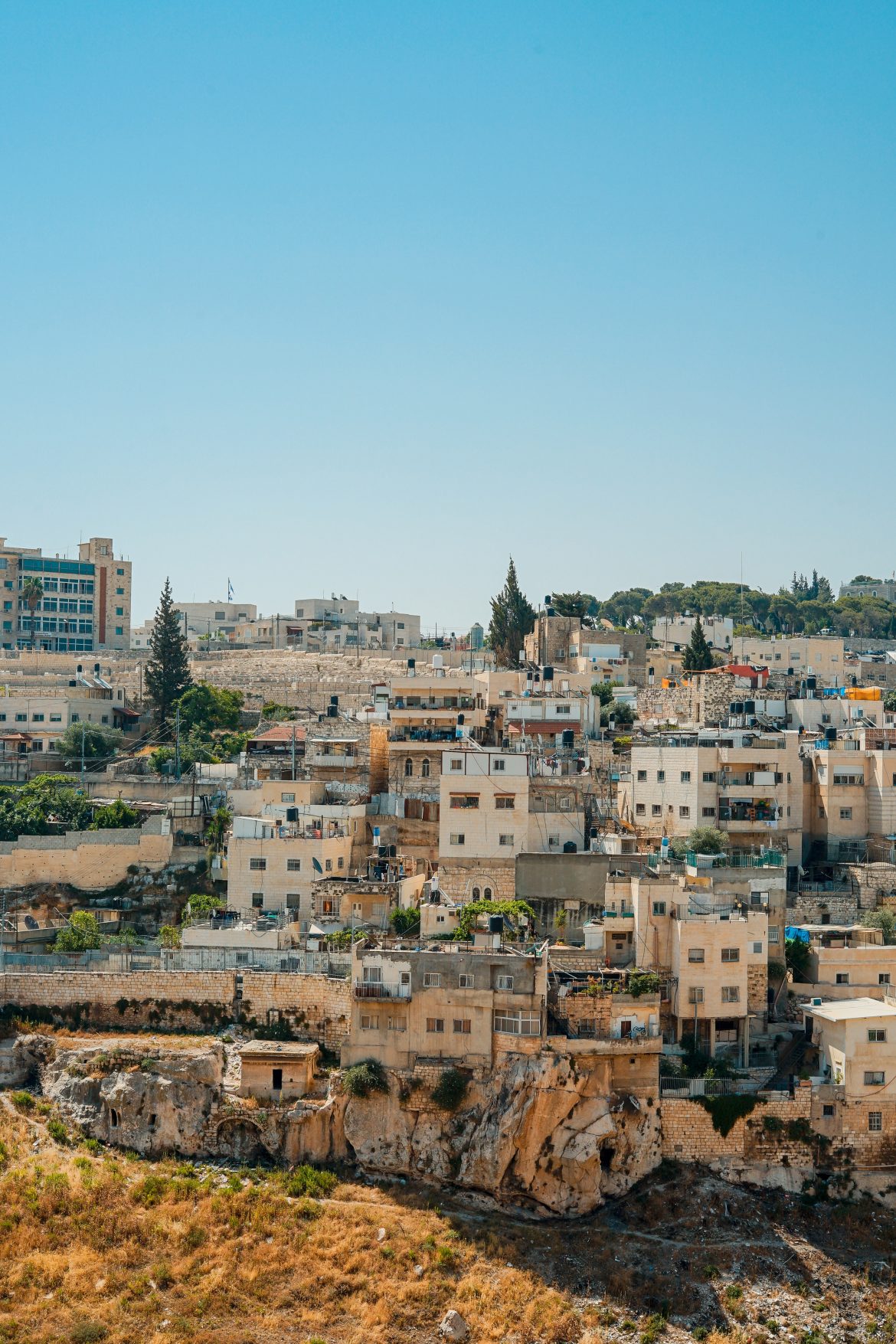 Photo by Toa Heftiba on Unsplash

For 50 years, Democrats and Republicans have supported Israel, the United States’ prime ally in the Middle East, even as Israel occupied Palestine and deprived millions of Palestinians of human, civil, and economic rights.  But that is changing as rank and file Democrats, and hesitantly elected Democrats, openly criticize the occupation and its inherent human rights violations.

We examine the dynamics within the Democrats party that underlies this awakening.

We argue that Israeli Prime Minister Netanyahu’s 2015 speech to Congress opposing the Iran nuclear deal, and in the process, insulting President Obama who was very popular with Democrats, was a tipping point that prompted Democrats to start examining Israel’s actions with respect to their principles.

Peter Beinart’s 2012 book, The Crisis of Zionism, shows increasing hostility of American Jews, especially the young and non-Orthodox, towards Israel’s treatment of Palestinians.  Now, the 2018 Pew Research Center poll shows that hostility has leaked to rank and file Democrats in the general population.

Growing sympathy for Palestine is supported by the same rank and file Democrats who support the Democratic Socialism movement led by Senator Bernie Sanders.  But the driver is different — Democratic Socialism is based on economic justice whereas Palestinian sympathy is based on human rights.  Leading the change towards Palestinian sympathy are the young, educated, and liberal Democrats who consider human rights an important personal and national goal.

Sympathy for Palestinians among elected Democrats is growing more slowly than among the rank and file.  Obstacles to Democrat leaders shifting their sympathies from Israel towards Palestine include having to buck the broad United States consensus that Israel is an important ally, having to reverse their previously espoused pro-Israel positions, and risk losing potentially large campaign donations from strongly pro-Israel Jews.

But sympathy for Palestine does not mean abandoning Israel.  The standard Democratic position calls for an end to the occupation and a Palestinian state alongside Israel as the only realistic way to address the national aspirations of both Israelis and Palestinians.  This position sympathizes with Palestine because it recognizes Palestinian aspirations, calls for a halt to Israel’s greater Israel project, and acknowledges that alternatives are unsustainable and will lead to perpetual conflict.

The issue has always been how to implement that position in the face of the Israel lobby’s opposition.

The first significant evidence of rank and file Democrats breaking their fidelity to Israel occurred during the 2012 Democratic National Convention.  An amendment to the party platform recognizing Jerusalem as Israel’s capital required a 2/3rds vote.  But polls showed that by a 3:1 margin Democrats believed Jerusalem should be shared, and not be the exclusive capital of Israel.

The amendment was clearly defeated by voice vote, likely not even gaining a majority, but party leaders declared it accepted to the consternation of the rank & file who had just voted it down.

Rank & file Democrats recognized that the occupation is the center of Palestinian oppression and completely at odds with their view of human rights.  They ask why the United States maintains extreme fidelity to Israel.  They demanded that the United States stop supporting the occupation.  But little changed because most of the elected Democrats remained firmly in the pro-Israel camp, very much in fear of losing Jewish campaign financing.

The key event in changing the elected Democrat’s view of Israel-Palestine was Israel Prime Minister Netanyahu’s March 3, 2015 speech to a joint session of Congress.  Netanyahu’s goal was to oppose the Iran Nuclear Deal.  But beyond open opposition to President Obama, the optics of Netanyahu’s visit were taken by rank and file and many elected Democrats as a direct snub of their very popular president.

Netanyahu’s appearance in front of a joint session of Congress turns out to have been a tipping point.  It triggered many elected Democrats to ask what is going on in Israel-Palestine and they started to question their unconditional support of Israel.

Once Democrats started to examine the situation in Israel-Palestine based on their support for human rights, there was no shortage of relevant information from the main-stream media (MSM) and other sources.  In fact, activist groups had been carrying stories of Israeli human rights violations for decades.  Now many Democrats were ready to listen.

Major instances of Israel’s horrid human rights record were openly described in the MSM.  For example, Israel’s one-sided “wars” with Hamas in 2008/09, 2012, and 2014 were widely reported, including Israel’s killing thousands of unarmed Palestinian civilians and bombing whole neighborhoods into rubble.  Especially galling is that Israeli officials referred to the wars as “mowing the grass,” suggesting Israeli contempt toward Palestinians, who Democrats consider fellow human beings.

But the MSM does not report the everyday humiliation Palestinians suffer as individuals and groups under occupation or as citizens in racist Israel.  But Israeli human rights violations against Palestinians are regularly documented in reports by U.N. and Israeli and international human rights organizations; an example is the U.N. Goldstone report on the 2008-09 Gaza war,in hundreds of articles in web and print journals including Tikkun, Tikkun.org, and Mondoweiss.net, and are common currency on college and university campuses by groups like Students for Justice in Palestine and Jewish Voice for Peace doing what they call BDS.

Learning about the breadth and depth of Israel’s human rights violations of Palestinians was particularly devastating to Jewish Americans who had been raised that Israel was an honorable and special place.  They felt betrayed which triggered groups like Open Hillel, IfNotNow, and J Street U which in turn brought a litany of Israeli sins to a broader audience.

When elected Democrats consider Israel-Palestine beyond Israel’s status as a cold war ally, they see massive human rights violations and anti-democratic trends that offend their principles and sense of justice.  They see 50-years of a never-ending occupation of Palestine, Israel building ever more illegal, Jewish-only settlements, Palestinians deprived of human, civil, and economic rights, Palestinians dispossessed of their land, property, and dignity, and finally Israel turning away from democracy by passing anti-democratic legislation and embracing a xenophobic religious and nationalist right.

Since that tipping point, Democrat leaders have acted, demonstrating sympathy for Palestinians in ways that would have been considered politically out-of-bounds before Netanyahu’s 2015 speech to Congress changed the Democratic political dynamics.

What is Driving Change

It is not surprising that young, educated, progressive rank and file Democrats who are motivated by human rights would sympathize with Palestinians.  We suggest that a key organization was J Street U, the youth arm of J Street.  They carried their indignation at Israel’s human rights violations to parent J Street and demanded action.  After more-or-less (shamefully) ignoring human rights for its first decade of existence, J Street used its Congressional access to promote the Congressional letters cited above.

J Street was in a unique position because its political position on Israel-Palestine is shared by almost all elected Democrats, namely a commitment to a Palestinians state alongside Israel — the two-state solution (2SS) — and opposition to the occupation with its many modes of oppressing Palestinians.  That common position is the basis for J Street’s congressional lobbying presence.

Palestinian American Rashida Tlaib, who is unopposed for Michigan’s 13th Congressional District, does not share this common ground.  She called for a one democratic state over what is now Israel and Palestine (saying “separate but equal doesn’t work”), endorsed a full Palestinian right of return, and supports BDS.

It is good to see stronger Palestinian support in Congress.  But Tlaib is out of the Democrat mainstream that seems focused on ending the occupation.

Jeff Warner is a peace activist and analyst in Los Angeles.  He has visited Israel and Palestine several times, including a humanitarian trip to the Gaza Strip in 2009 soon after Israel’s first “war” with Gaza.

Yossi Khen is an Israeli who was put in military prison in the 1970s for refusing to serve in the Occupied Territories.  Khen has lived in California for 40 years and has always fought for a Palestinian state alongside Israel.