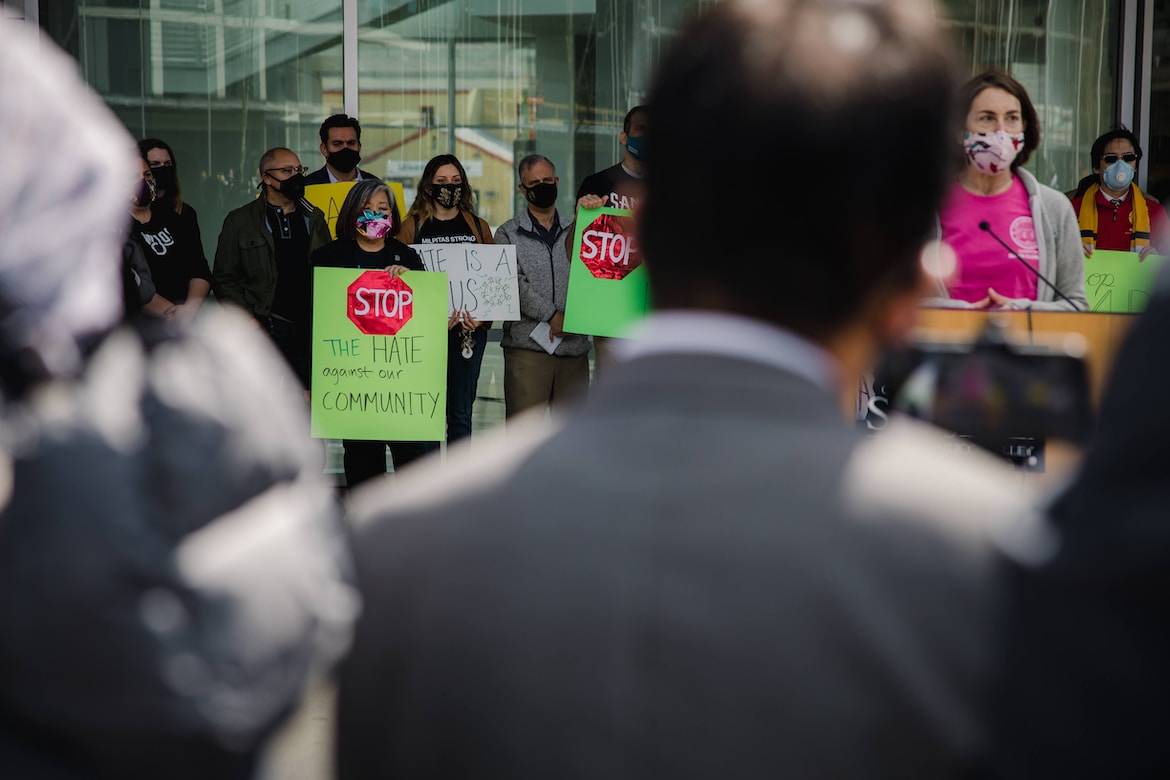 Photo by Jason Leung on Unsplash

Today many male leaders of two major American religious communities are denying women and some women-supporting men the moral agency to make their own conscientious decisions. about their own lives.

Often the press reduces this to a matter of whether abortion is a constitutional right or an abominable murder, but a statement of the head of the all-male and allegedly all-celibate US Conference of Catholic Bishops makes clear that what is at stake is much larger:

“Shortly after Mr. Biden’s election in November, Archbishop José H. Gomez of Los Angeles, the president of the United States Conference of Catholic Bishops, announced the unusual creation of a working group to address conflicts that could arise between his administration’s policies and church teaching. “On Inauguration Day, Archbishop Gomez issued a statement criticizing Mr. Biden for policies “that would advance moral evils” especially “in the areas of abortion, contraception, marriage, and gender.” (Emphasis added.)

What is really at stake is a theology of sex, especially impressed on Christianity by the sex-obsessed Augustine of Hippo (I will not call him a saint) who died in the year 430 CE. What is this sin?

Whatever sin we see in the Eden story depends on what struggles we are facing in ourselves, our lives. Augustine of Hippo was obsessed with the attractions of sex. His sexual nerves were strung so tight as to thrum at the barest touch. He could not bear to be so lured, and so turned to revulsion. He saw the Bible’s vision of the earliest moments of human history through the eyes of that revulsion.

Join Rabbi Michael Lerner and Beyt Tikkun
for the 2nd night of a "Zoom" Passover: A Liberation Seder
April 16th @ 5:30 / 8:30 pm - Click here
(You don't have to be Jewish for this Spiritual Experience)

Augustine powerfully affected many leaders of the Christianity of his time. They must have shared much of his tightened strum of tension. Ever since Christian thought –at least until the Protestant rebellion, and even in some Protestant churches – has suggested that the mistake of Eden was sexual. According to this sexual hysteria, the sin has entered into all future humans because Adam and Eve passed it to their children through intercourse and procreation – like a permanent genetic defect carried not in the genes but by the very act of passing on the genes. Since then, most Christian dogma has seen intense pleasure in the sexual act as not only the bearer of Adam’s sin but the nature of the sin itself.

Since in this theology these sins taint us all from birth to death, nothing we can do can cancel them. Except for one thing, and that comes from outside ourselves, from God. This original sin can be dissolved only through belief in Jesus as the Christ who by coming into the world and submitting to the Crucifixion took all sin upon God’s shoulders – and redeemed believers from it.  “Believers” meaning those who had accepted the definition of the deadliest of sins and how to be redeemed.

I should add that through the centuries, some Christian thought – today, a great deal of Christian thought -- and most Jewish thought, has refused to believe that the sin of Eden –whatever it was – made sex or sexual desire or sexual pleasure in itself sinful, or that the mistake of Adam and Eve delivered that sin into all human souls and bodies.

When Protestantism and Eastern-Christian Orthodoxy affirmed that the bearer of spiritual leadership and religious wisdom could be not a single celibate man but a family – a man, a woman, and their children – it was already in the body, even if not in words, asserting that sex could live in the heart of religion, not merely in its less serious followers. By insisting on male celibacy for almost all its priests and prelates, the Catholic Church pursued a profoundly different worldview. But in the family theory of the other large male-dominant Christian community (and in much of Orthodox Judaism as well), sex could be celebrated and women could be present – but only if they were subordinate.

The conflict that in the time of the Protestant rebellion seemed to be about other issues seems now, in the context of Modernity, to center on the nature of sexuality and the nature of women. Changes in our answers to those questions have already become some of the major tremors in our world-wide earthquake.

If not sexuality itself, what then was the sin in the Eden parable?  If the mistake of Eden was not imposed upon all human beings simply by their birth from sexual conception, what do I mean when I say the mistake of Eden keeps recurring? And how do we turn away from it?

Like and unlike Augustine, I come, of course, with my own bias about what sin it is that threatens all humanity, and what blessing of Edenic abundance we instead could choose to share.

I am haunted by the Bomb and the Climate Crisis, and at the same time inspired by the vision of an ecologically delightful planet.  Perhaps my own understanding of the sin of Eden comes partly from the deep imprint still on me of 1968, of seeing Pharaoh in our own generation, and of the joyful alternative if we could only cross the Red Sea into the Promised Land, the milk-and-honey Garden. Indeed, it is precisely contemplating the possible death of human civilization and the torment that would mean for my grandchildren that brings me to look at the birth of humankind, and at this powerful mythic parable of our beginning.

So for me, the real misdeed of Eden was that the Voice of the Breath of Life said the human race must restrain itself from gobbling up all the abundance of the Garden – and the human race, growing from childhood to adolescence – made an adolescent mistake by rejecting self-restraint, eating from the Tree that was off-limits. The result: the abundance vanishes, unremitting hard toil follows, and so does hierarchy: men will rule over women.

We have come a long way toward transcending that consequence. But a majority of the US Catholic bishops would like to subjugate not only Catholic women, not only all women but also men like President Biden, a faithful Catholic who believes and acts that women have moral agency and the right to choose their lives.

What should we do? We need to organize. We are not used to mobilizing against the theology of any other tradition  -- the liberal and progressive religious traditions have customarily appealed to their own values and let others go their own way. But this is different. We are facing an attempt to impose a reactionary, retrogressive theology upon the whole American people,  its elected President, and the laws passed by its elected Congress..  Even or especially the present Supreme Court has moved in that direction,  in the name of the religious freedom of corporation owners and with contempt for the religious freedom of their women workers.  We need to name and oppose the pernicious anti-sex, anti-woman theology that distorts the Bible and perverts human society. This effort to impose an anti-woman, anti-sex theology is a national danger.

We need to say that the real dangers to the human species are the H-Bomb, the burning of fossil fuels, the over-population that takes overall living space for humankind and crowds other species to extinction. The fear of women and of sex distracts us from facing the powerful forces that are threatening Earth and Humanity.

We need to look at the biblical passage that says, “Be fruitful, multiply, fill up the Earth, and subdue it,” and say ”DONE! Now what?”

Rabbi Arthur Waskow is director of The Shalom Center and author of 27 books on public policy and religious life. His most recent book is Dancing in God's Earthquake: The Coming Transformation of Religion (Orbis Books).  He has undertaken protests for justice, peace, and healing of the Earth-Human relationship that have resulted in 26 arrests.

[Editor's note from Rabbi Michael Lerner:
Rabbi Waskow and I have been friends and allies for many decades. The issues he raised above will be an important part of Beyt Tikkun's High Holiday services (which begin very early this year--on Labor Day). So please join Beyt Tikkun on Zoom for that transformative experience. More info on how to register will be sent in the next few days.]