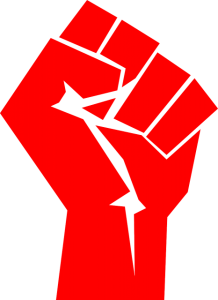 [Editor’s Note: Tikkun does not endorse any candidates for office. We are publishing this only to let you know that in Trump’s America, a socialist can run for office, and even be heard by some people. That broadens the public dialogue, whether or not you agree with him.–rabbilerner.tikkun@gmail.com ]

Yes, I Am A Socialist

and, you might be one too, listen to your body

Did you ever stare at a picture of a naked child? Full frontal? And did it stick in your mind? Did it bring about emotions, ones that might have surprised you?  Like that cover of Newsweek, with the naked, crying Vietnamese girl, desperately following in a line of desperate Vietnamese, not having a clue what was happening to their country, to their lives or why?

Did you ever watch a video of a three-way, between two men, one white and one black, and a big dog? One a big fellow and another kind slender? And did you feel strange emotions? Does it come readily back to your mind? Like that video of the sheriff’s deputy in Selma, with his German Shepherd, assaulting Freedom Riders from SNCC?

Did you ever find yourself in close physical proximity to someone very different, someone you might never want to be seen with, someone whose raw physical needs were right there on the surface? Did it both make you want to run away and make you want to reach out your hand? Like that unwashed, ill clothed, homeless guy in front of the supermarket, with a cardboard sign saying “Vietnam Vet”?

Don’t worry. These reactions sometimes happen to all of us. It doesn’t mean you are a socialist.

So what is Socialism, anyway?  Well, despite what you may have heard, it is not the New Deal. And it is not Social Democracy, though of course, there are Democratic Socialists.

As a philosopher, I’ve learned the one basic truth of my profession: No one ever successfully defined anything. Ever.

Ok. So what is Capitalism?

Let me unpack this. By alienated labor, Marx is not talking about how you might feel about your work. He is using “alienated” is a totally different sense, “alienate” the verb, meaning, “to sell.” We use the term this way when we speak of inalienable rights. These are rights that cannot be sold, that is, in our Constitutional framework, we will not honor as a valid contract, any purported contract in which someone, in exchange for a sum of money, agrees to give up his freedom of speech, his freedom to vote, his freedom to not be a slave. Some things are, by law, not for sale, even if you want to sell them.

So what is alienated labor? It is simply someone selling his labor to someone else. But was it not always thus? Not really. For most of human history, most people did not sell their labor. They either worked for themselves, or they sold things, things that it took labor to produce, but they did not sell their labor. They used their labor to make things with tools that they owned or tools that they spent years acquiring as they went from apprentice to master craftsman.

So what is capitalism? It is a system of production in which because of its complexity, and scale, and cost, all the tools and plants and administrative offices used in the productive process are owned by one group of people, and in which they hire another group, those without any such tools, who sell (alienate) their labor, and become part of the productive process that the first group has established.

In its most extreme form, those selling labor, are simply selling labor-time, totally undifferentiated labor, labor on the assembly line, simply tightening a single screw, ten thousand times a day, year after year. (See the great French comedy, “A Nous La Liberte” to understand, and to die laughing).

To think coherently about Capitalism, to transform it into an appropriate topic for the one great thing Washington has to offer: wonkishness — we have to de-mystify it. This is done simply through renaming it. University of Michigan philosopher (and friend) Frithjof Bergmann has already done it. He calls it: The Jobs System. Sound familiar. Remember those executives proudly proclaiming themselves: Job creators. And the rest of us, by implication: Job seekers. Or young people turning themselves in pretzels to become more desirable: Job Applicants. Or middle class parents, hovering over their kids for two decades, destroying childhood in the process, so as to ensure that their kids will be successful, forever in: The Job Market.

Well, social historians: Find your voice. Tell us what we need hear: It wasn’t always this way. Indeed, this is completely new in human history. Not more than 200 years old, if even that. America was not founded on this system. It was unknown to the Puritans, to Cotton Mather, to Washington and Jefferson. And if you described it to them, they would have shrunk back in horror.

So what about the job system? How’s that working out? Is it in crisis? Is it on its way out? What are the alternatives? Actually, how pervasive is it? Can it be improved? Has it served its historical role? Lot’s of good policy questions, fellow wonks.

And what of the distributive principle: From each according to his (or her) ability, to each according to his (or her) needs? Sounds good to me. How to get there? That’s what I started exploring in yesterday’s essay. We have to go through each category of the household budget. As I argued, food and clothing needs are largely well handled. Housing needs, properly understood as the need for safe, “Go out and play” neighborhoods with good public schools are largely unmet. More to come.

My name is Jerome Segal. I’m a socialist and proud. I’m happy to be part of the LBGTQ&S community, and you should fess up, and be proud as well.

Jerome M. Segal is the author of Agency and Alienation; Graceful Simplicity; Creating the Palestinian State and Joseph’s Bones: Understanding the Struggle Between God and Mankind in the Bible. He is running in next week’s Primary to replace “Boring Ben” Cardin as Maryland’s U.S. Senator.  He pays for this space in the Post because Fred Hiatt doesn’t like him and because Fred believes an election that will determine the next Senator from Maryland is not worth covering.

For a website that respects voters and to help Crowd-Fund these essays: www.SegalforSenate.org