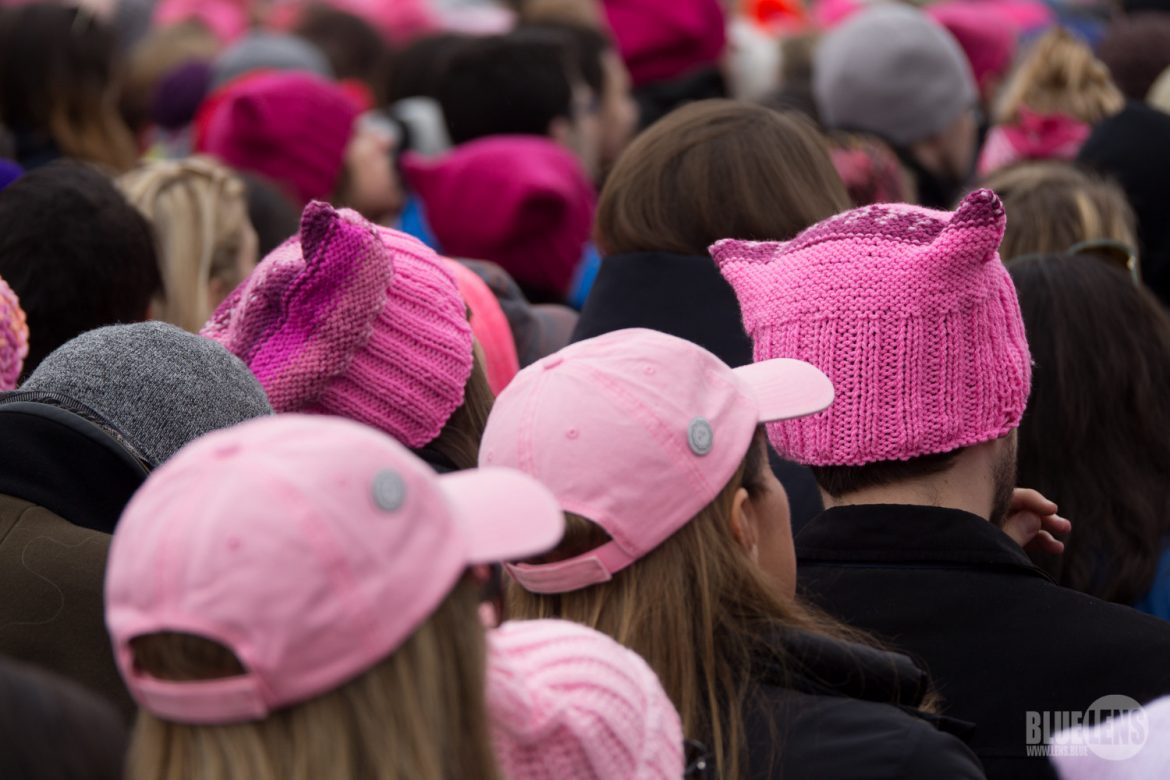 What’s the name of today’s new women’s movement, enraged by Trump’s election, costumed in pussy hats, characterized by racial, ethnic, and LGBTQ+ diversity and a refusal to let sexual predators off the hook? I’ve heard “fourth wave” suggested, but I doubt that’s what it will call itself—too blah.

Fifty years ago, we called our movement women’s liberation (WLM). We lucky WLM activists thrilled to the prospect of changing history through a feminist revolution. Every aspect of society was illuminated in the light of our vision as we critiqued traditional power relations between the sexes. Using tactics derived from the civil rights and anti-war movements, and others we made up as we went along, our movement, with its audacious demonstrations and writings, felt wild, powerful, furious, fun, and sexy. Okay, also divisive and contentious, but that’s politics.

The first task of our fledgling movement was to convince masses of women that the discrimination and limitations women faced every day were not the result of immutable differences between the sexes but of oppression. In a surprisingly short time this task was accomplished in thousands of kitchens and living rooms throughout the country, where small groups of women met regularly in consciousness-raising groups to examine together their everyday personal experience of (newly-named) sexism. Consciousness raising also had a public face, the speakout, in which women testified openly about matters then considered so shaming and dangerous as to be taboo. The first feminist speakout was held on March 21, 1969, in a packed church in New York’s Greenwich Village, where members of the radical feminist group Redstockings described their own personal experiences of unwanted pregnancies and illegal abortions. Once the taboo was broken, abortion quickly became the center of a national conversation, resulting in the Supreme Court’s 1973 decision in Roe v Wade, legalizing abortion. Other WLM speakouts followed—on rape and (newly-named) sexual harassment.

Fueled by consciousness-raising insights, I became a writer. In the new feminist journals suddenly springing up, with names like Up from Under, and Women: A Journal of Liberation, I published a domestic equality proposal (“A Marriage Agreement”), essays on “forgotten” women, and short stories. My début novel, Memoirs of an Ex-Prom Queen, was inspired by WLM’s first national demonstration, the iconic 1968 protest of the Miss America Pageant in Atlantic City, where, while marching, I saw the parallels between the beauty contest we were picketing and the ubiquitous prom competitions.

But after a few years of joyous victories, a powerful backlash arose to take us down. Some of the movement’s most significant early wins, like abortion rights, came under fierce attack (still are). The very word “feminist,” which had given us a sense of identity, community, and, above all, purpose, turned sour. A new generation of young women rejected the label—though not the movement’s gains or goals. A decade of (partial) victories was succeeded by three-plus decades of effective rightwing attack, plunging our once fiery movement into eclipse.  Even on occasions of hope, as when another exclusive profession’s gender barriers crumbled, or when women’s work and art infiltrated college curricula through the new (inter)discipline of women’s studies, the movement was increasingly relegated to history.

Then, the day after the presidential inauguration of confessed sexual abuser Donald Trump, millions of women marched in protest in the largest single demonstration in US history. A mass women’s movement seemed to have been reborn, in Trump’s shadow, overnight. A revival had been coming for some time: in 2016 Hillary Clinton, the first ever female presidential candidate of a major party, won the popular vote; in 2014 Beyoncé performed before a giant sign emblazoned with the word “FEMINIST,” rehabilitating the concept as sexy for masses of female fans; 2011 saw the first Slutwalks, defying rape  culture; in 2006 Tarana Burke launched a movement against sexual harassment under the name “Me Too.” Did we dare hope?

Yes! This consciously diverse, intersectional, multi-racial, trans-inclusive, internet-enabled, perhaps unnamed twenty-first century movement is different from late 1960s WLM, but it’s hardly unconnected. In fact, I see today’s explosive #MeToo movement, with its taboo-breaking personal testimony of sexual harassment and assault, as a direct descendent of both consciousness-raising and our speakouts. And the feminist rage that fuels it is unmistakably ours.

But today’s movement also differs significantly from WLM. Its major organizing tool is the internet, with a far faster and greater reach, though perhaps less intensity, than our small consciousness-raising groups and mimeographed manifestos. Its leadership is multi-racial and multi-diverse, whereas WLM attempted to be leaderless, with diversity among groups but only limitedly within them. The new movement is built on the failures and achievements of our earlier movement (as ours was built on those of the nineteenth century women’s rights movement). Two examples: Unlike WLM, today’s movement seems to lack an overarching vision—or is that another aspect of its diversity? And today, thanks to WLM, masses of women no longer need convincing that they are oppressed. Setting sail a half century later than when we set out to change the world, with different assumptions and experiences, the twenty-first century movement embarks from a different port and sails toward a different horizon than the one we tacked toward back in the twentieth.

Having lived to 87, I hope to hitch a ride to the future by climbing aboard the new feminist ship, rejoicing that I’ve had not one but two lucky chances to join this great, continuing social revolution, whatever its name.

Alix Kates Shulman is a writer and activist, whose debut novel, Memoirs of an Ex-Prom Queen, was reissued on October 1.