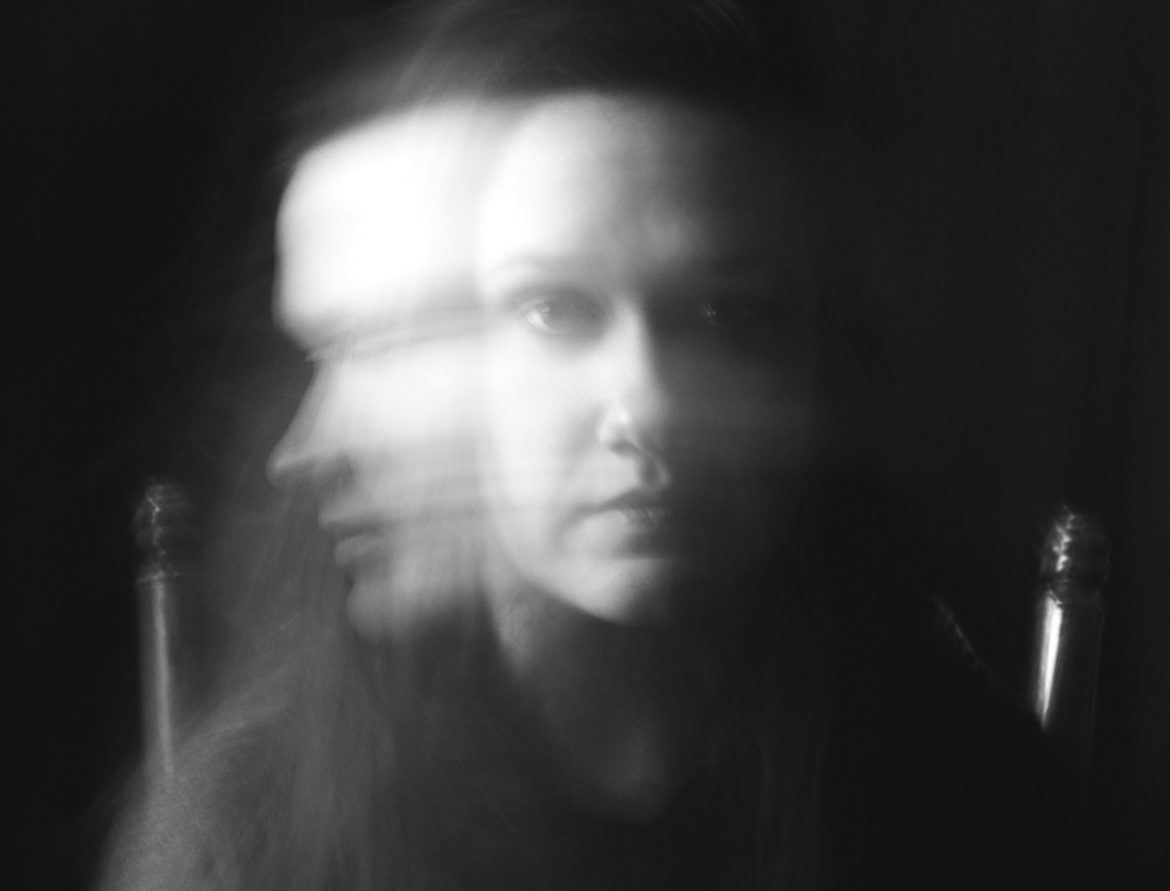 I. What is Patriarchy

What do we mean when we talk about the Patriarchy? Today more than ever, women around the world feel the meaning of this term in our very bones. We are talking about the control by men of a disproportionate share of power, and legal and social subordination of women and our bodies. And in a hierarchical structure that privileges transcendence over imminence, logos over eros, patriarchy becomes an arrogant dominion over our subjective sensual existence.

Even with all of the outward gains made in the West over the past century—women’s voting rights, four waves of feminism, Roe v. Wade, RBG, #MeToo, and a global environmental movement—it has become alarmingly clear that a rancorous counter-tide is building, attempting to redirect history away from what has been forward progress. Indeed we still have far, very far, to go before male dominance, with its extraordinary hubris, is brought into balance—not to mention the pernicious intergenerational effects of patriarchy.

Consider the sobering truth that today most of the world’s populations, governments, and religions are still governed by unrelenting patriarchal structures. Implicit within these structures is a worldview that would divide spirit and matter, heaven and earth, into un-nuanced binaries. The lives of men are unapologetically privileged, just as the world of ideas is favored over the physical body—and all that pertains to the “messy” earthly realms.

The denigration and repression of the embodied, sensual side of life do of course come back to bite. We see the return of the repressed today in a multitude of forms—Catholic priests charged with pedophilia, rabbis and gurus exposed in seducing their students, sexual assaults occurring in every workplace, and of course, Mother Nature reeling from the imbalances that humankind has wrought upon her. With every whistle blow, we pray that finally the rules of the game may be changing. And then we witness the backlash: the indignant defense of Kavanaugh, #HimToo, and further denials of female voices. Nevertheless, women persist.

II. Understanding the Legacy of Fear

After decades of inquiry, I finally understand my own patriarchal upbringing in terms of the fear that fueled it. In those first decades after World War II, we Jews were far from knowing just how traumatized we were, and farther yet from understanding the far-reaching consequences of what we had gone through. At some fundamental level, we were still in shock, still running for our lives. Stopping to feel the pain of what had befallen us was out of the question; the pain was too great. It seemed that even the simplest conversation was breathless, the tenor and tempo of every interaction bristled with a frenzy that I now understand as hyperarousal, one of the residues of extreme trauma.

Perhaps that hyperarousal paid off. In the Midwest where I grew up, my Orthodox parents and their friends built an entire Jewish world in a matter of years—Hebrew schools, synagogues, yeshivas, Jewish community centers,

free loan funds, hospitals, and old-folks homes, as we called them back then. Breakneck speed was normal. (Bodies? They were more like lampposts that supported and teleported our brains.) All that frenzied activity can be seen as a positive byproduct of our trauma.

But every coin has its flipside. The urgent productivity and do-or-die stance of post-Holocaust Jewry in both the diaspora and in Israel, evolved into a rigid, almost fanatic absorption into a Jewish identity that might best be understood as hyper-nationalism. Rough and uncompromising, tribal security became the uber ales value. And in such a trenchant mental space, messy feelings had no place. Empathy? That was for weaklings who would surely lose the ongoing war of our survival.

I now understand the loss of compassion for the other as another byproduct of trauma: emotional numbing, also called dissociation. The instinct to numb our feelings can be a shield from feelings that might otherwise shatter us. But it also demands a high price. What we split off will one day demand a way back into our consciousness. More to the point: when we shield ourselves from our feelings, we cut ourselves off not only from others but from our own selves. This schism is one of the greatest tolls of patriarchal trauma.

III. Healing the Legacy of Fear and Trauma

I fled my own Jewish patriarchal home early on, taking refuge in my physical body. There in my still uncolonized sensual self, I found endless secret pleasures. I discovered the many aromas of nature, the glistening eyes of animals, and a new kind of intelligence that was deliciously free of the cerebral orientation and frenetic pace to which I was accustomed.

By 25, I had left the Jewish world far behind, drawn to the newly emerging field of body-mind healing and the work of Wilhelm Reich, Alexander Lowen, Marion Woodman, and others who approached the body as a living map of the interior psyche. Studying the intricate wedding of mind and body, I found a miraculous form of wisdom revealing itself.

One rather shocking event stands out. Midway through my training in the healing arts, I volunteered to be a model in a deep tissue massage class. As the instructor demonstrated the technique on the intercostal tissue between my ribs, I felt a strangely evocative pain. Before I knew what was occurring, my breath took me on a journey. I was transported into a place of sheer agony, a darkened chamber where I experienced the screams and moans of masses of people; then the terror of suffocation, accompanied by clawing gestures and desperate pleas for help.

I seemed to have tapped a reservoir of pain that went far beyond anything I had personal knowledge of. It had its own life, its own origins, and it was far greater than mine alone. A powerful timeless field was constellated that day. By some unnamable osmosis,

some twenty classmates watching the demonstration witnessed it too, later describing the scene of inescapable suffering in full detail.

This was the beginning of a profound unraveling that has continued to this day: the healing of a collective trauma that is also, simultaneously, my own personal wound. The intersection of collective and individual myths is a mystery of great relevance in our times. It underscores the importance of each of us doing our own personal healing work for the sake of the whole.

We each have reservoirs of pain like this, caches of collective wisdom hidden away in our cellular memory. This is because family patterns exert their influence in ways that are largely unconscious. So do the deep inscriptions of our tribal histories within our bodies.

As a rabbi and depth psychologist, I have long been intrigued by the powers that lie beneath the surface of our lives. I have learned that our connection to our forebears and the Jewish concept of Dor l’Dor—from generation to generation—is more than just a sentimental idea. Whether our grandparents suffered from racial discrimination in the Middle East, scarcity in the Depression, or atrocities in the Holocaust, their extreme experiences can be stored and transmitted for generations.

Now new research in neuroscience and clinical psychology demonstrates that even when they are hidden, our ancestors’ traumas leave their evidence in the minds and bodies of future generations. The field of epigenetics provides growing evidence that traumatic events can create a kind of “biological memory” that emerges under stress. One landmark study carried out in Jerusalem found that the descendants of parents, grandparents, and even great grandparents who endured persecution, war, and other extreme stresses were prone to depression, anxiety, and other stress responses remarkably similar to those of their ancestors.

But the new research also intimates that our historical legacies can be transformed. First, we must reclaim our connection to our physical selves, this wise earth plane, and our instinctual sense of knowing. By reconnecting with the intelligence of our bodies, opening to the heartbreak all around us, and bringing awareness to the fact that we are connected across time, space, and generations, we can awaken a multi-dimensional perspective, one that balances the patriarchy’s ceaseless forward momentum with the wisdom of the ages. The wounds and the wounding of the fathers may have their indelible imprints, but they can and must be healed if we are to stand up to and transform the patriarchy.

Patriarchy is not just the subjugation of women and their bodies but an entire worldview that would deny the intricate fabric that connects our  primal body-knowing with cerebral understanding, our individual selves with the life of community, our personal memory with the guiding wisdom of our ancestors. Reclaiming and healing these connections spells the true end of the patriarchy and moves us decidedly beyond it.

This article originally appeared in the Winter 2019 issue of Tikkun. Want to read other articles from that issue? Consider making a tax-deductible donation to Tikkun – all donations of $50 or more include a free subscription to the magazine! Or you can click here to subscribe or to purchase single issues.

Rabbi Tirzah Firestone, PhD, is an author, Jungian psychotherapist, and founding rabbi of Congregation Nevei Kodesh in Boulder, Colorado. Ordained by Rabbi Zalman Schachter Shalomi in 1992, she is a leader in the international Jewish Renewal Movement. Her new book Wounds into Wisdom: Healing Intergenerational Jewish Trauma (Monkfish) is out in April, 2019.