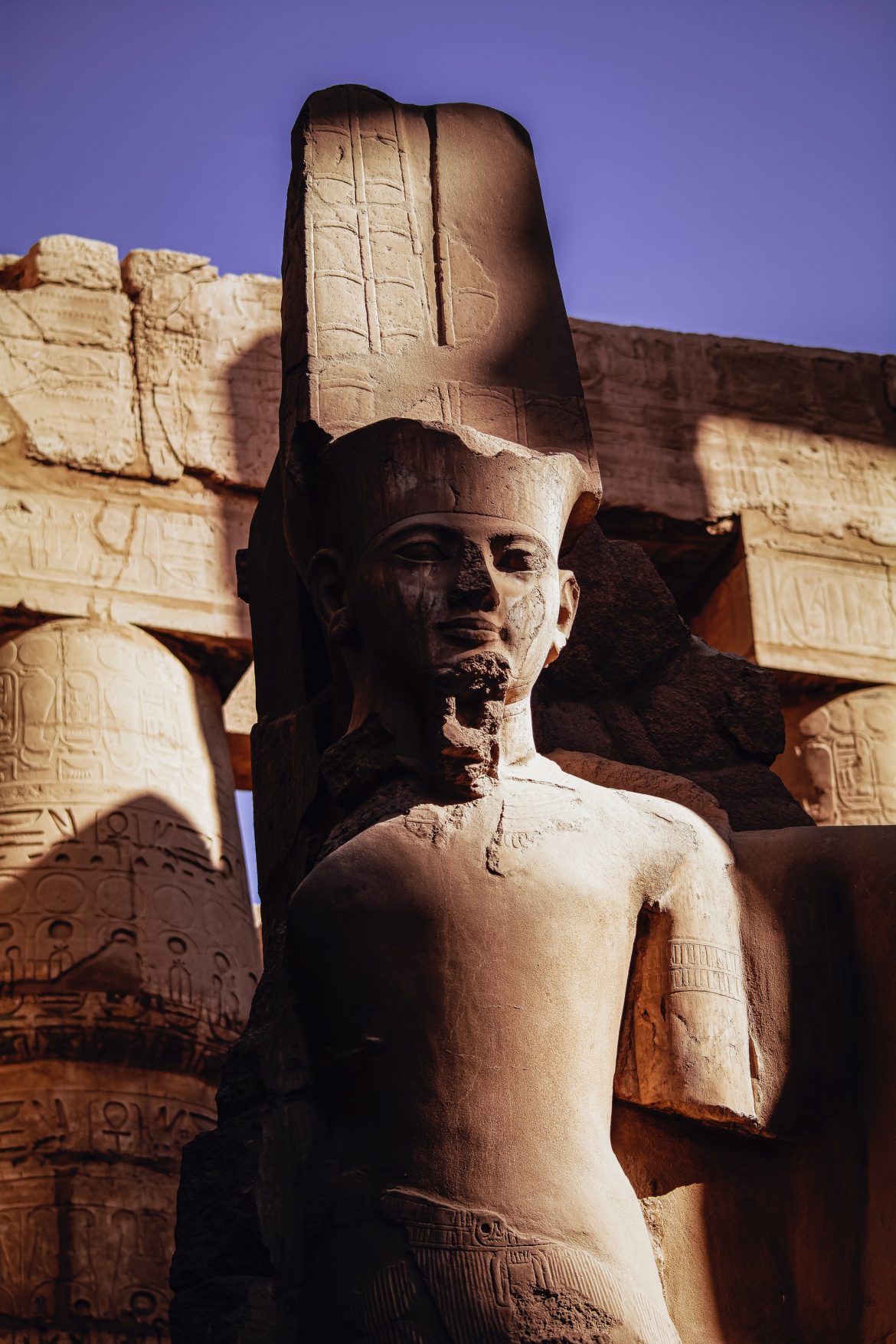 Photo by Kristina Tamašauskaitė on Unsplash

Would-be Pharaoh Trump has reached the crucial point of his reign: Shall he mobilize the chariots and drown in the Reed Sea, or grumpily relinquish power?

Whether the biblical Book of Exodus is factually accurate history or a brilliant archetypal story of the exercise of power run amok, it has much to teach our own generation, our own America.

The story goes back to the end of Genesis. We find that a previous pharaoh has centralized all power in himself, following the advice of a clever power-climber who became the Pharaoh’s viceroy.

All over Egypt, free yeoman farmers have been reduced to sharecroppers on the Pharaoh’s land. They and their families have been forced to move from the lands of their ancestral clans to distant places; so their emotional, spiritual, and political connections as well as their economic base have been disrupted. Yet the Viceroy’s family has had a protected allotment of land and privileges in their own district, in recognition of his service to the crown.

It is easy to imagine that insurgent energy begins to bubble up among the Egyptians. Grandparent tales of a freer, more abundant, and culturally more resonant life may have started roiling the royal power.

And perhaps there was also growing resentment aimed at the protected minority of outsiders who had settled in the Goshen region, and were doing well. Even their language and religion were alien.

In this stew of political and cultural trouble, a new Pharaoh comes to power. He needs to deflect the increasing hostility against his own authority.

Ahh! Best to respond not by restoring the local and decentralized yeomanry but to aim their anger against the foreigners. Portray them as a threat. Stigmatize them as Ivrim, a word of contempt for people who cross boundaries, the equivalent of “wetbacks” or “rootless cosmopolites” or “globalists” in the parlance of today. (The word “Ivrim” became “Hebrews” in Western languages.)

Egypt was already a great power, an empire. It had perhaps the strongest army in the region, focused on horse-drawn chariots that small tribal politicians could not afford. But empires never rest easy. They are always concerned about encroachments from other Imperial centers or defiance from small cantankerous communities.

And in the unfolding royal tale of defining the Ivrim as a foreign force, it made sense for the Pharaoh to warn the Egyptian public that the Ivrim might side with Egypt’s foreign enemies, perhaps become terrorists attacking the old-stock Egyptians whose language and religion they didn’t share.

So they must be put under tight control by the state, made to work for the royal family as builders of the warehouses for storing the national food supply, kept in line by overseers who doubled as police. And all of this could be carried out only by making them pariahs in the national culture. separating them from Egyptian share-cropping farmers.

In the old Egyptian culture, Pharaoh was already seen as a god. Now his political and economic power grew even greater. His power went to his head.   It began to infect his own outlook on the world. He began to believe his own propaganda about the dangerous Israelites, the Ivrim.

He decided they needed to be erased as a separate community. He issued the order to murder new-born boy babies of the Ivrim. Best to start there. Soon he can kill the grown-ups too.

But some people are horrified. The first cracks appear in Pharaoh’s authority. Women -- two midwives and then his own daughter – begin creating a Resistance movement.. They start saving children’s lives, including one Moses. He mixes knowledge of his real origins with “white privilege” from his place at court to become a troublemaker. Fearing the police, he disappears.

Years later he reappears, possessed of a burning new vision, announcing that the very Name of God had changed. Everyone must understand the world in a new way, and then change the world to embody the new vision. The Ivrim must be free to leave their forced labor, to withdraw from Egypt, and to explore how as a free people they can serve their new sense of God, create a new kind of society that would fulfill the vision.

And here we see a remarkable unfolding of pharaonic psychology. Moses begins with a seemingly innocuous request: three days of Time Off to focus on religious practices to connect with God. Pharaoh responds not with any effort at accommodation but with more draconic rules of forced labor. The fragile unity of the Ivrim totally dissolves..

Meanwhile, Pharaoh, determined to please his supporters in the Water Production Corporation, stops regulating water purity. The Nile and all of Egypt’s water becomes undrinkable. In the palace, drinkable bottled water, though expensive, is available. Moses and Aaron and their prophetic sister Miriam warn Pharaoh that his own behavior is corrupting the national water supply. They warn him that this is because Humanity and Earth are interconnected by a sacred process they call YyyyHhhhWwwwHhhh, the Interbreathing Spirit of all life.

Frightened, he tells his courtiers to restore the regulations. The plague of undrinkable water recedes. The Water Production Corporation nabobs complain, and he recovers from his fear. Pharaoh hardens his own heart against his wounded people, acts so exploitive toward the Earth for his own wealth’s sake that swarms of locusts, frogs, mad cow disease, climate crises in the form of unprecedented hailstorms, lightning bolts, and wildfire, all descend upon his people. Some of his advisers urge him to ease up and meet the Ivri demands.

But by this time he has become addicted to his own power; he fires the advisers and hires sycophants. At each disaster, Moses, Aaron, Miriam, and a growing number of critics warm him that he is fighting against the whole process of universal Consequence. At each disaster he first recoils and then returns to his own hubris: The disaster? “Stuff happens!”

But then his arrogant treatment of Earth brings a devastating disease to afflict his own citizens, his wife, himself. At first, he tries to dismiss it. But it grows so terrible that his own Egyptian supporters start denouncing him. He tells the “wetback” foreigners not only that they are free to Go, but they Must Depart. He tells his people to offer them gifts of gold and silver as reparations for hundreds of years of subjugation.

They smear blood on their doorways as a symbol of going forth from wombs of rebirth, and leave. Many Egyptians sign petitions that he resign and allow his compassionate daughter to become Pharaoh.

And now comes the moment of fateful decision. Pharaoh wakes up the next morning. Should he accept his fall from power, or mobilize his imperial Army, catch the Israelites at the edge of the Reed Sea, and force them back into slavery? Remind them that back in Egypt forced labor always came with the onions and garlic that they loved, whilst they will have only “God-knows-what?” to eat if they cross the Sea into a wilderness?

And if he sends the Army or orders relief from his pet High Court, what will the people do?  Choose normalcy, or make themselves a civil-disobedience Sea of Reeds, seeming to bend and sway but always returning thick and bristly to block the path of Subjugation? Choosing to hear their own internal Voice, pointing their way toward a Loving and Beloved Community?