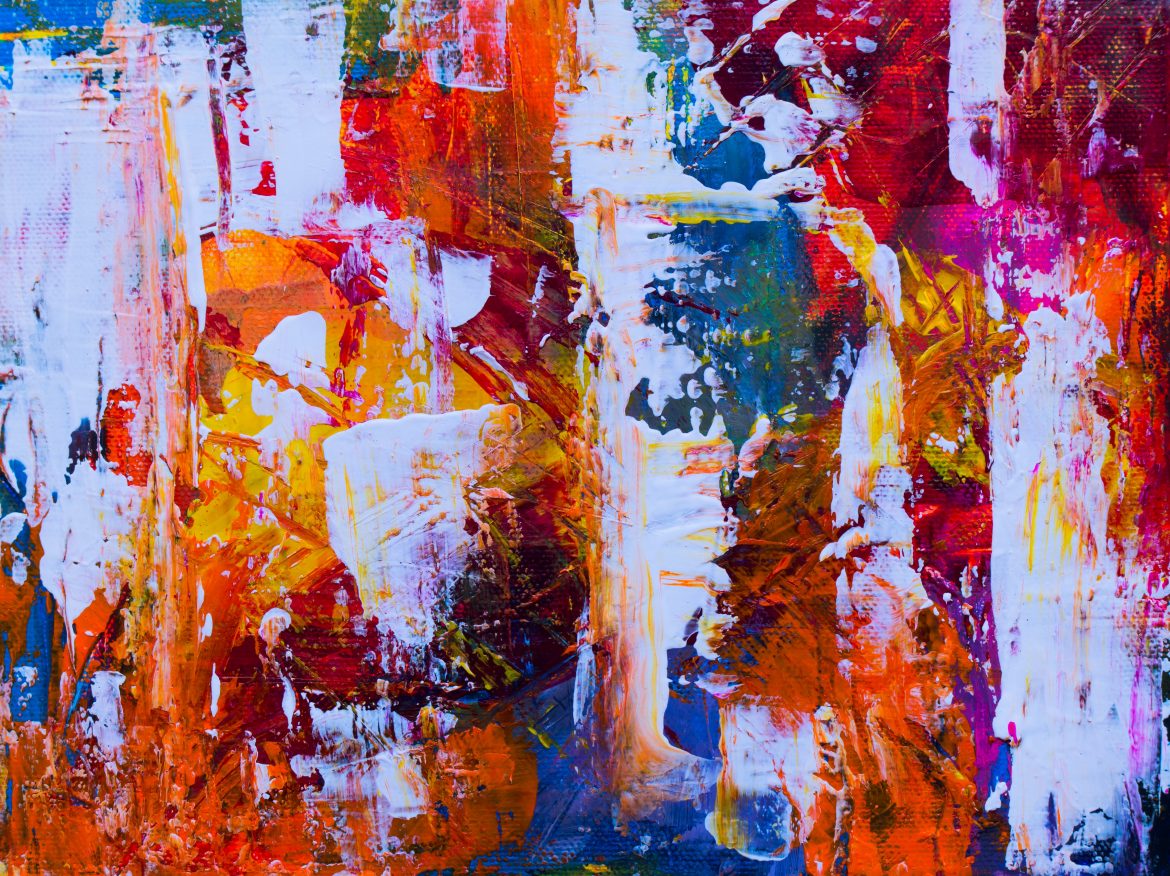 In his Lonely Man of Faith, Joseph B. Soloveitchik begins by articulating a problem besetting contemporary human existence. How can the person of faith, he asks, live in a utilitarian society that mistakes its own materialism for magnificence and that recognizes nothing beyond its own temporality? How can such an individual, Soloveitchik continues, live “by a doctrine which has no technical potential, [and] by a law which cannot be tested in the laboratory”? If we were to translate this into contemporary parlance, we might say: In a “selfie” world where do we find one another and how do we locate something transcendent in the quotidian?

Certainly we are taught in university courses that the fundament of such questions—only now with the face of “faith” subsequently rearranged and given the new name of “reason”—is ancient Greece. What is the meaning of life, of death, of freedom, and of evil? We are also told how such questions are universal and that the answers to them of catholic applicability. Emblazoned on the entranceway to the Temple of Apollo at Delphi, philosophy professors tell us, were the words, “Know Thyself,” just as centuries later Kant’s “Dare to Know” become the rallying call of the European Enlightenment. What links these two slogans is knowledge and the nature of the questions that spur us to seek answers to them.

But the call for universality, as any minority will remind us, threatens the particular with erasure. That which neither fits nor conforms becomes a problem, and no matter how much we may proclaim that the particular is indexical of the universal, as we are all prone to do in Jewish thought, the latter simply shrugs and turns its back. Framed somewhat differently: lost between the Platonic and the Kantian bookends of the Western philosophical corpus resides the religious tradition of Judaism. Not only is it lost, it is frequently and actively muted. When Kant wrote the above words, his lodestar was Protestant Christianity, especially that which he considered its spiritualized ethical teachings based on pure love. Judaism, by contrast, failed to “satisfy the essential criteria of [a] religion” since it lacked the appropriate inner orientation to moral laws.

This reduction of Judaism to the law and the concomitant assumption that the tradition is devoid of faith and theology resides at the heart of Diamond’s impressive Jewish Theology Unbound. Standing upon the shoulders of the Jewish philosophical tradition, something he has articulated historically in a host of award-winning publications, Diamond here tries something slightly different, though certainly no less rigorous. His goal is nothing short of articulating, or perhaps better recovering, a—not the—philosophical theology that emerges from Jewish sources. I, for one, appreciate this locution. I have read too many books and been involved in too many projects devoted to Jewish philosophy/theology that claim to tell us exactly what Judaism is or is not. Diamond’s hesitation and cautiousness is the spring from which all good reflection both begins and ends.

Diamond’s gift is as exciting as it is refreshing. He takes it upon himself to show how (1) Jewish sources (Bible, and subsequent rabbinic, legal, theological, philosophical, and mystical interpretation) contribute to the asking (and answering) of large philosophical questions from the vantage point of the particular; and (2) how such questions and answers are no less sophisticated, meaningful, or spiritual than that produced by other religious traditions, but especially that of Christian theology, which seems, at least on first glance, to have a stranglehold on the engagement with theological reflection.

If Diamond seeks to banish stereotypes about Judaism’s slavish obedience to the law and the empty performance of ritual, he also seeks, positively, to articulate the tradition’s promotion of freedom. Indeed, the “unbound” of the title refers precisely to this unbinding of “Jewish theology from the long-standing, largely anti-Judaism-driven tradition that has reified it in those terms it deems inimical to the human spirit” (5)

To illumine his path, Diamond uses midrash, broadly conceived, as his torch. This midrashic weave creates “a unified ingenuity spanning different historical periods and cutting across what have become separate ‘disciplines’ within the academic field of Jewish Studies” (4). This enables Diamond to put the entire Jewish tradition—from the Bible to Emil Fackenheim, and beyond—into a timeless conversation, as thinkers engage one another around common themes of universal human interest. What Diamond asks of us, his readers, is an attunement to this literature, its mode of communication, “to hear a literal barrage of philosophical theology” (21).

The volume itself is divided into ten chapters all of which pivot, fugue-like, around the theme of freedom. This is not a simple freedom of unadorned human autonomy, but a complex tapestry that includes ethical, philosophical, and legislative freedom. It is the latter, so clearly on display in rabbinic literature, Diamond boldly argues, that provides humans with the freedom from God.

Of especial significance for Diamond, and the culmination of the book, is the Shoah and the formation of the State of Israel, though without wanting to make the latter simply causal on the former. If Jewish philosophical theology originates in a combination of wonder and the Hebrew Bible, Diamond informs us—using, among other sources, the sermons of Rav Kalonymous Kaman Shapira (1889-1943), the Piaseczner Rebbe, also known as the Warsaw Ghetto Rebbe—that after the Shoah it must necessarily begin in terror. Building upon Shapira and his own teacher, Emil Fackenheim, Diamond informs us that “the heights and abyss map his own spiritual wrestling on the tightrope between a bottomless vortex of despair and the infinite wisdom of the divine ground of all Being” (216).

Like Shapira, like Fackenheim, and like all those Jewish philosophers that came before them, Diamond, too, engages in a “spiritual wrestling” with the tradition. His love for the tradition—and, more importantly, his respect for it—emerges from every page. Even his Zionism is muted in comparison, say, to David Novak’s recent Zionism and Judaism, another one of his teachers. For Diamond, Israel functions as a guarantor of Jewish physical survival at a time when the Shoah “ruptured the continuum of Jewish philosophical theology and threatened its very viability” (239).

Diamond and I have different opinions on Zionism, which need not concern us here, but I would say that the Other is often missing in Diamond’s reflections on Judaism. How does Judaism relate, for example, to the League of Religions? How does it, particularly the State of Israel, deal with power (and by the latter I do not mean the neo-conservative screed offered by the likes of Ruth Wisse) and minorities within its midst?

Another question I would ask of Diamond, is how do the terms “Jewish philosophy,” “Jewish theology,” and “Jewish philosophical theology” (e.g., 21) differ from one another? Is Jewish philosophy, by definition, Jewish theology? Indeed, as I have tried to argue elsewhere, implicit in the Jewish philosophical tradition is a set of truth claims constructed as normative. If this is the case, Jewish theology of the type Diamond engages in here has been alive and well since the narratives of the Hebrew Bible. The problem, and this, to me, is Diamond’s major point: non-Jews, particularly non-Jewish philosophers and theologians, fail to either see or acknowledge this. It is my wish that Diamond’s work will find the audience that it so richly deserves, both among Jewish and non-Jewish readers, both of whom tend to ignore the creativity that Judaism affords to timeless questions of human existence.

Diamond’s new work, in sum, represents a wonderful and exciting new phase of his career. Having built a reputation on thoughtful and reflective work on the Jewish philosophical canon, we here see this work inform a constructive and important chapter meant to encourage Jews to think meaningfully about their tradition and non-Jews to be privy to this thinking. He thankfully does not tell us what to think, but how to think and why such thinking is so important to the human condition.

Aaron Hughes is the Phillip S. Bernstein Professor of Jewish Studies at The University of Rochester.