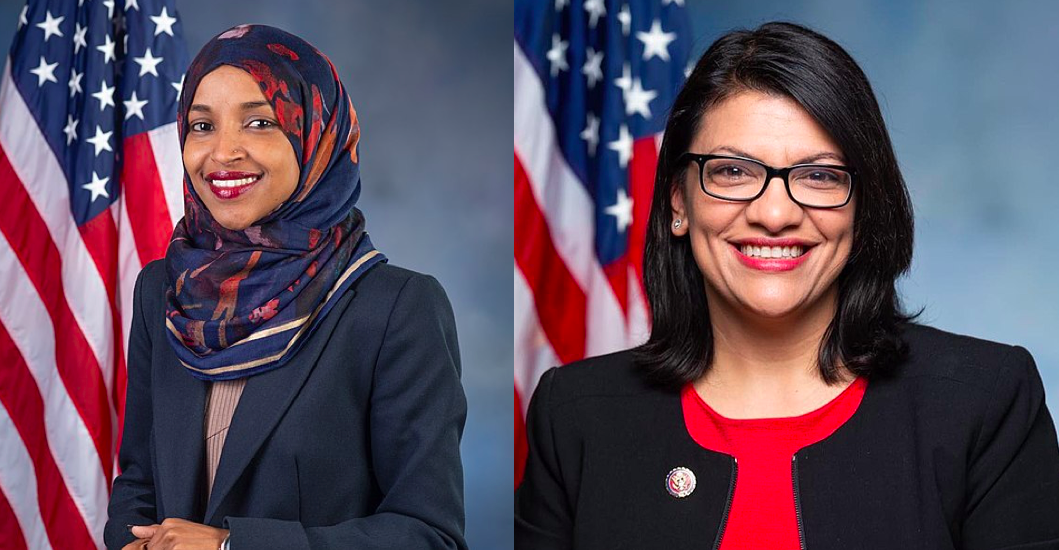 The current Rashida Tlaib/Ilhan Omar debacle has received more attention from every quarter than virtually anything other than a war. All the usual suspects have weighed in with (mostly) predictable comments, generally in the context of the long-running “special relationship” between Israel and the U.S. The two domestic political contexts are often mentioned only in passing.

With all respect to those who have tried to take a longer or strategic view, I would suggest that it really boils down to the political calculations of just two men, President Donald Trump and Prime Minister Benjamin Netanyahu, each of whom is adored by the other’s base voters, and the desperate (yes, desperate) attempts by each to use the other to burnish their right-wing credentials. The resulting media storm was likely welcomed by both, as neither has much interest in what the writers of The New York Times or Haaretz — and all their ilk — have to say.

Bibi Netanyahu is the most desperate, and his actions can only be understood with reference to the current Israeli political scene and the Knesset election coming up on Sept. 17. His Likud Party has been running virtually neck-and neck in the polls with Kahol Lavon (the hastily-organized Blue-White Party) at about 30 Knesset seats each, out of a total of 120. The party with the most seats — no party has ever won a majority — is normally invited by the president to have first crack at forming a government, and Bibi needs that to be the Likud. His calculation is that the only place to get more voters is from those to the right of Likud, who may currently be planning to vote for one of several ultra-nationalist parties. He needs to burnish his nationalist credentials to attract them, and he is doing everything he can to get them to take notice. Allowing Tlaib and Omar to visit — something he would probably have routinely approved at any other time — would be seen by them, exactly as President Trump tweeted, as a show of “weakness.”

The fact that Trump clearly advocated that they be barred also represented a further chance for Bibi to identify himself with the American president his potential voters regard as the best friend Israel has ever had. By contrast, there would be no political gain where it counted to turn down the president’s advice, and every reason to tie himself to Trump’s coattails. It was a no-brainer.

This is not a political “mistake” as many have termed it; rather, it is the result of cold political calculation. Bibi’s desperation is largely based on the fact that he not only wants to hold onto his office, but also that he has every expectation that he will be indicted on corruption charges shortly after the election. As prime minister, he can ram through a bill giving himself immunity, and then neutralize the Israeli Supreme Court when it declares the immunity unconstitutional. As leader of the opposition, he is powerless.

Trump likewise needs Bibi to be prime minister, though not so desperately. As prime minister, Bibi can energize Trump’s evangelical base, likely unconstrained by any of the usual non-interference norms of international relations. That would be a lot harder to do if he is fighting to stay out of jail. He will owe Trump big time — and will be more than happy to pay off.

Nor is Bibi truly afraid of what Tlaib and Omar might publicize, as Peter Beinart suggests. I have no doubt that Bibi genuinely believes in the righteousness of his cause. Moreover, the situation of West Bank Palestinians has been publicized innumerable times, so that there is little new that they could say. In any case, Tlaib and Omar have been so tarred with anti-Israel and alleged anti-Semitic prejudice that no one except their existing supporters will regard them as impartial.

This event is not a watershed and will likely only rate a footnote — if that — in any history of Israeli-U.S. relations. It is a sign of the times and the current trends, including diminishing Democratic rank-and-file support for the close relationship with Israel, will continue. But this affair is at base a tawdry political drama in which Tlaib and Omar are pawns, orchestrated by two men whose own political goals trump any considerations of statesmanship or national interest.

Paul Scham is a scholar at MEI and the executive director of the Gildenhorn Institute for Israel Studies at the University of Maryland, where he teaches courses on the history of the Israeli-Palestinian conflict. The views expressed in this article are his own.