Below are links to digital versions of Tikkun Magazine from Spring 2011 through Winter/Spring 2018. Click each to see the full contents of the magazine. Please note that these archives are ONLY available to subscribers and members of the NSP and donors as our way of saying thank you for supporting Tikkun and the NSP. 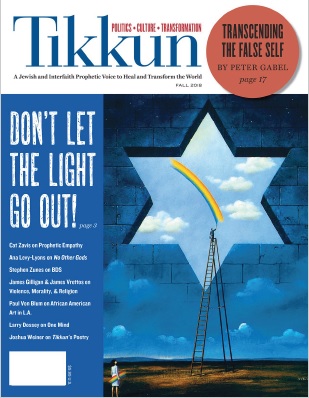 Don't Let the Light Go Out 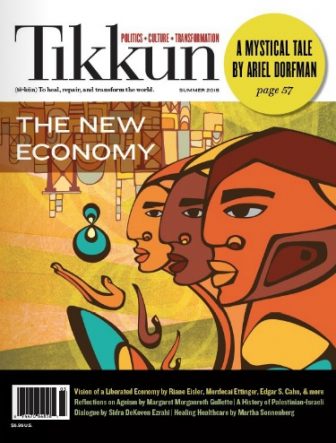 The Years of Dialogue

The Richness of Adrienne Rich's Poetry

The Caring Majority: Building a Coalition Around Domestic Workers' Rights
by AI-JEN POO

What's Next in Faith-Based Organizing: A Rolling Jubilee
by DONNA SCHAPER

What's Love Got to Do with It
by FANIA E. DAVIS

Special Section: Tikkun Writers On the Magazine's Impact and Future