(Thanks to life, that has given me so much.
Gave me two eyes that when I open them
Perfectly distinguish black and white
The starry depths of the sky above
And in the multitudes the man I love.)

Human vision is a wonderful gift that connects us to one another as well as to our natural surroundings. Yet the manner of that connection is quite vulnerable to manipulation. In January of 2013 a new law went into effect in Israel that regulates the commercial use of photography to sell products to women. The so-called “Photoshop Law” restricts the use of photos of women that have been digitally altered to make them more slender than in real life. Responding to the high rate of anorexia among young women in Israel, this legislation aims, in the words of Dr. Rachel Adatto, a physician who is a member of Knesset, to protect “innocent youth that adopt and copy the illusion of thinness.” 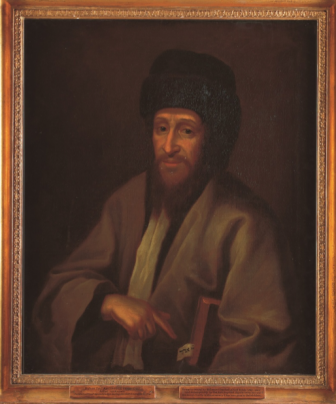 It’s not accidental that Israel was the first country in the world to take such action. Deeply ingredient in Jewish tradition is a questioning of the influence of images. In Genesis there is the allure of the apple in the Garden, in Exodus the worship of the golden calf.  In keeping with Biblical texts, where the Hebrew words translated into English as “image” and as “idol” are often used interchangeably, centuries of rabbinic counsel warn about the deceptive appeal of visual representation.

Yet within Judaism, and in the other Abrahamic traditions as well, such skepticism has often been contested.  In the early 18th century renowned Rabbi and legal scholar Tzvi Ashkenazi refused to sit for a portrait. Without his knowledge or permission, the London Jewish Community engaged an artist to paint him anyway, and the canvas hangs today in the London Jewish Museum. In the 20th century even some orthodox congregations have lowered the traditional partition (mechitza) between men and women that blocks them from seeing one another during services.

We today may be inclined to dismiss the traditional suspicion of the sense of sight as little more than repressive prudery. I’ll suggest in this essay, though, that the perennial misgiving conveys a crucial insight. Indeed the pathway from visual experience to belief is commonly an erroneous one: we are deceived, waylaid, captured by what we see.

(CLICK HERE TO READ THE FULL VERSION OF THIS ARTICLE.)

Raymond Barglow is a member of the Wellstone Democratic Renewal Club and writes about science, ethics, and public policy.