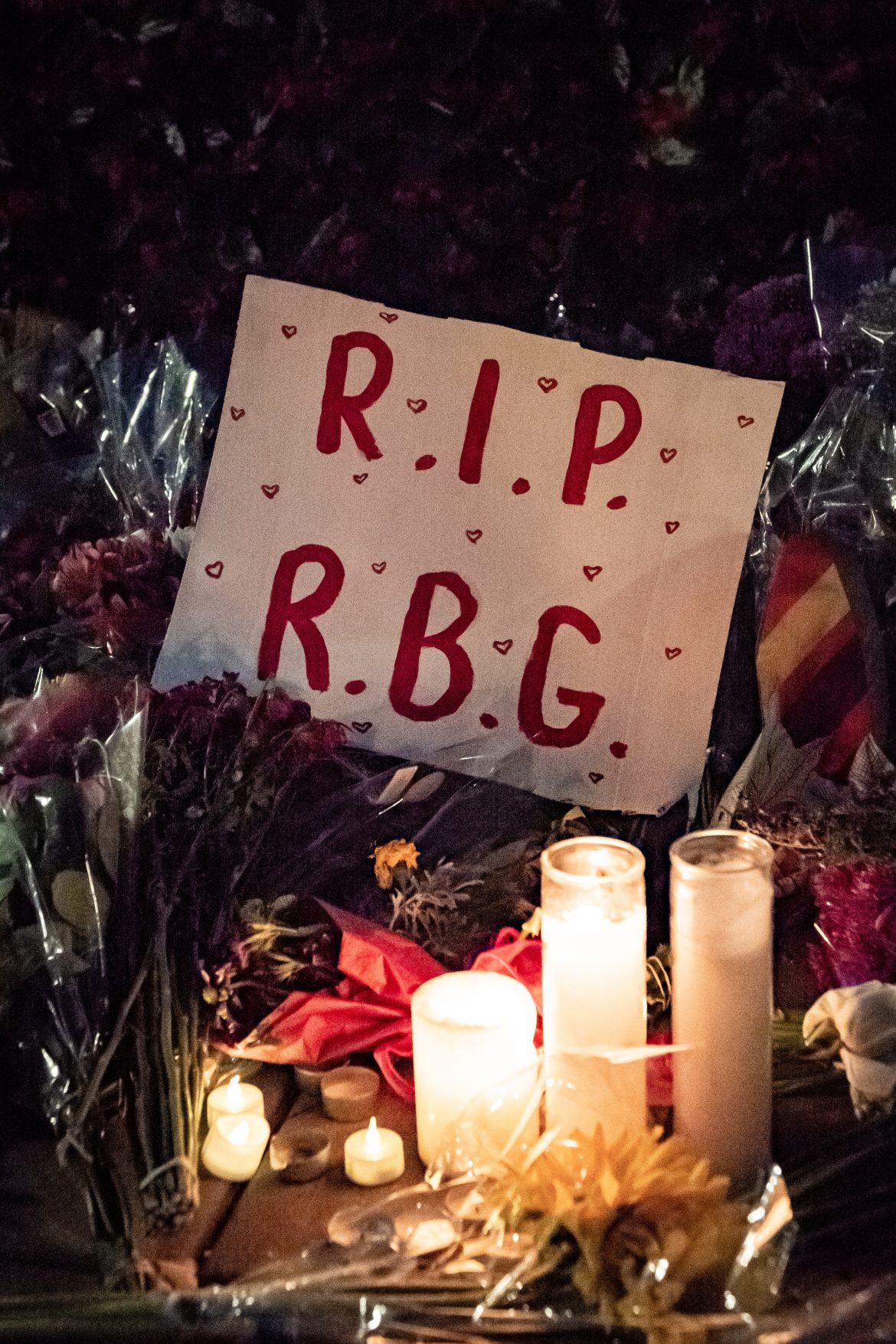 Donald Trump has now made it clear that he is rushing through a replacement for Ruth Bader Ginsburg so that a ninth US Supreme Court Justice can be in place to decide the outcome of the presidential election if necessary. What he is contemplating is the following perfectly plausible scenario: As election night winds down on November 3, he, Trump, will be leading in key swing states based on the in-person voting that day, but there will be as yet uncounted mail-in ballots by the millions that are highly likely to favor Biden. To prevent a full and fair count of these ballots, Trump intends to allege fraud and have the Supreme Court decide whether to block the mail-in vote, counting on at least his own three appointees plus the very conservative Clarence Thomas and Samuel Alito to decide in his favor. And if that strategy somehow fails or is perceived as too risky to assure his victory, he has a back-up plan to use the language of Article III of the Constitution to have the Republican-controlled state legislatures in swing states refuse to follow their states’ popular vote (citing allegations of fraud) and simply appoint their states’ Electors to participate in the all-important Electoral College vote scheduled to take place on December 14 (citing the “true will of the people”). Either way, Trump would then be assured of “winning” the presidency even if he in fact loses the national popular vote by a wide margin and even if he would have lost the Electoral College as well if all the ballots were counted.

We have been through this before, in the year 2000 election between George Bush and Al Gore, when the Supreme Court did in fact decide the election in favor of George Bush, even though the facts later showed that it was Al Gore who would have won the decisive state of Florida if the Florida recount had been allowed to proceed. In the decisive Supreme Court case of Bush v. Gore, the conservative judges did just what Trump is counting on them to do this time–manipulate the Constitution to reach a conservative result in spite of Gore’s popular victory and what would have been his Electoral College victory if the Florida vote had been allowed to proceed. As Peter Gabel showed in his now-famous article that ran first in Tikkun, “The Political Meaning of Bush v. Gore”, Gore’s lawyers actually inadvertently played into the conservatives hands by arguing for States Rights instead of for the fundamental primacy of the Constitutional right to have every vote counted, thereby politically undermining the legal and moral claim of Gore voters throughout the country in favor of technical arguments relevant only to the state of Florida. We reprint Peter’s article today to remind us of how important the correct universal and democratic legal arguments are to the political movement that will be likely to arise in the days following the November 3rd election this year. As Peter shows, it is essential for the lawyers’ legal arguments to give voice to the moral claims of the voters in the streets, so that what is said in the courts mirrors and augments the cries for democratic justice coming from we, the people, as a whole. Click here to read the original article. 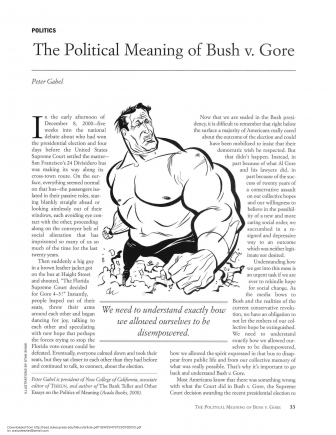